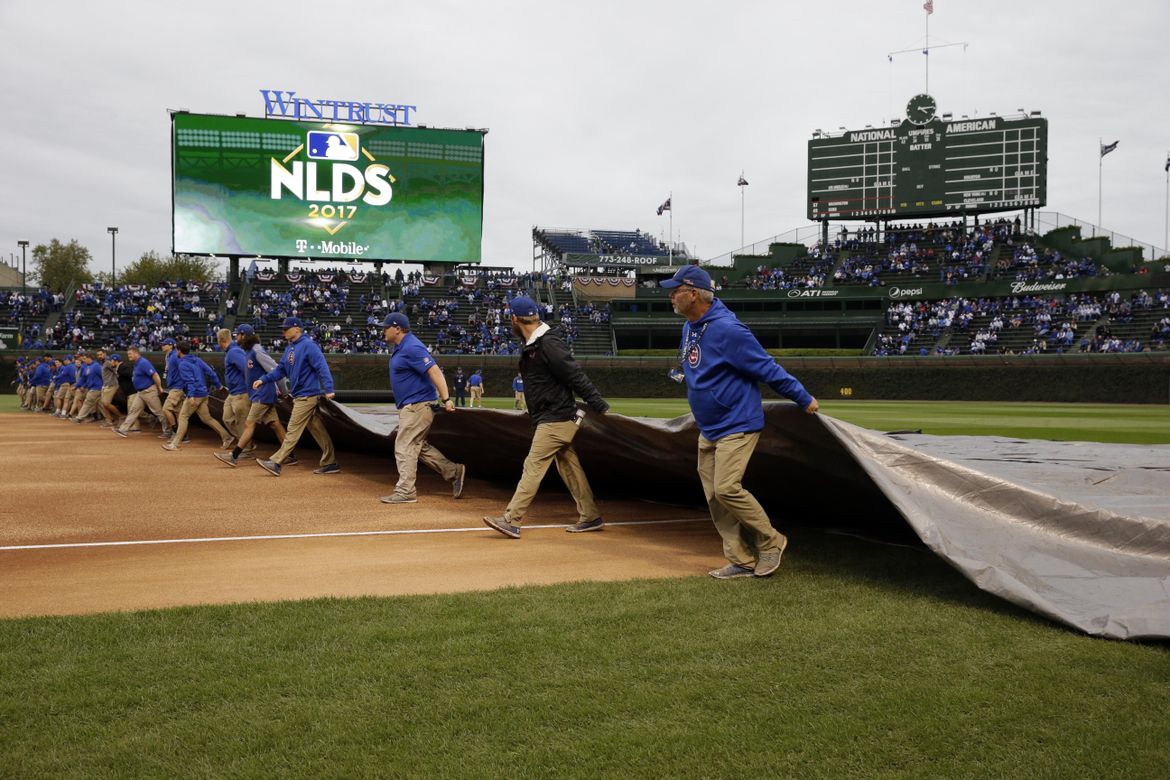 NLDS Game 4 of Nationals-Cubs rained out, rescheduled for Wednesday

Game 4 of the N.L. Division Series was postponed by rain on Tuesday, giving Chicago Cubs pitcher Jake Arrieta another day to rest his troublesome right hamstring and putting ace … 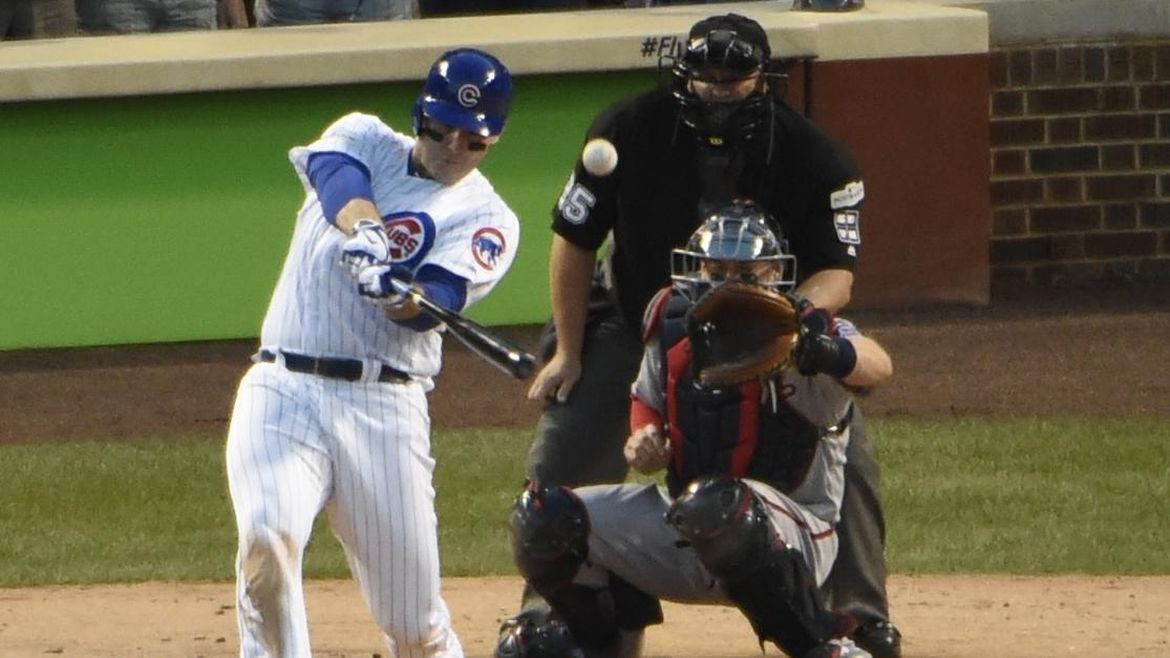 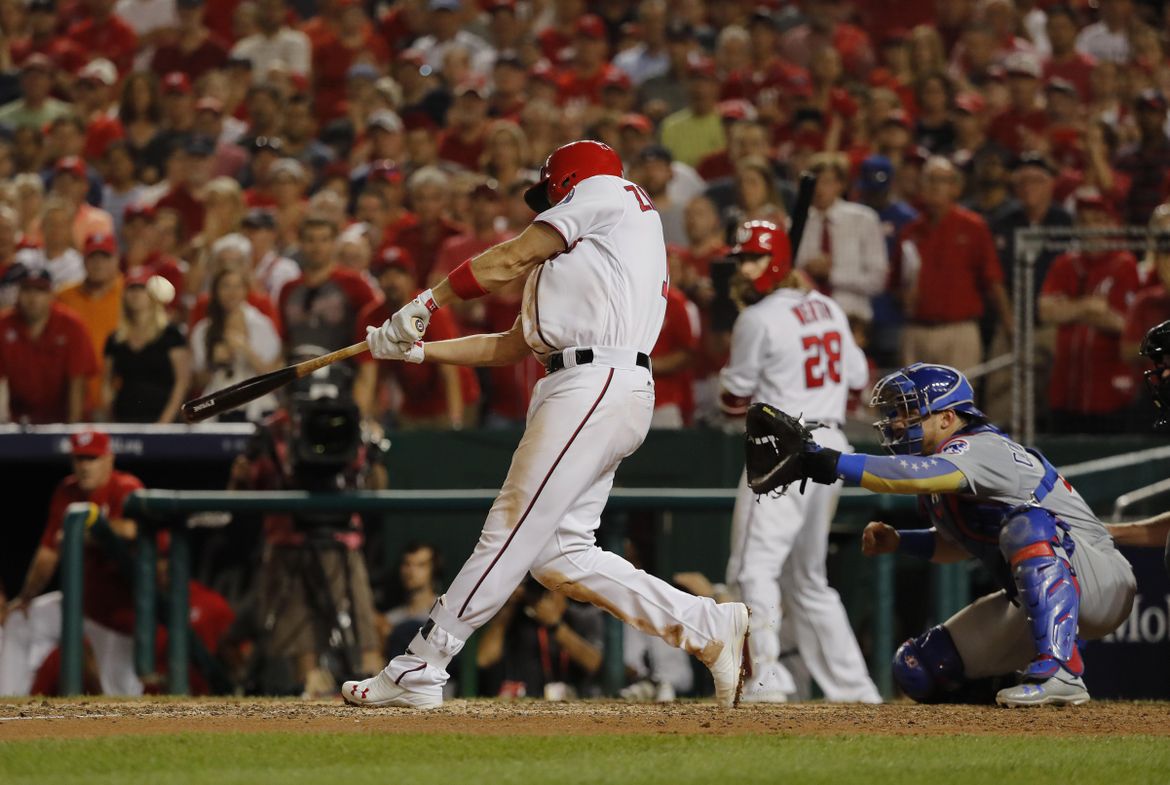 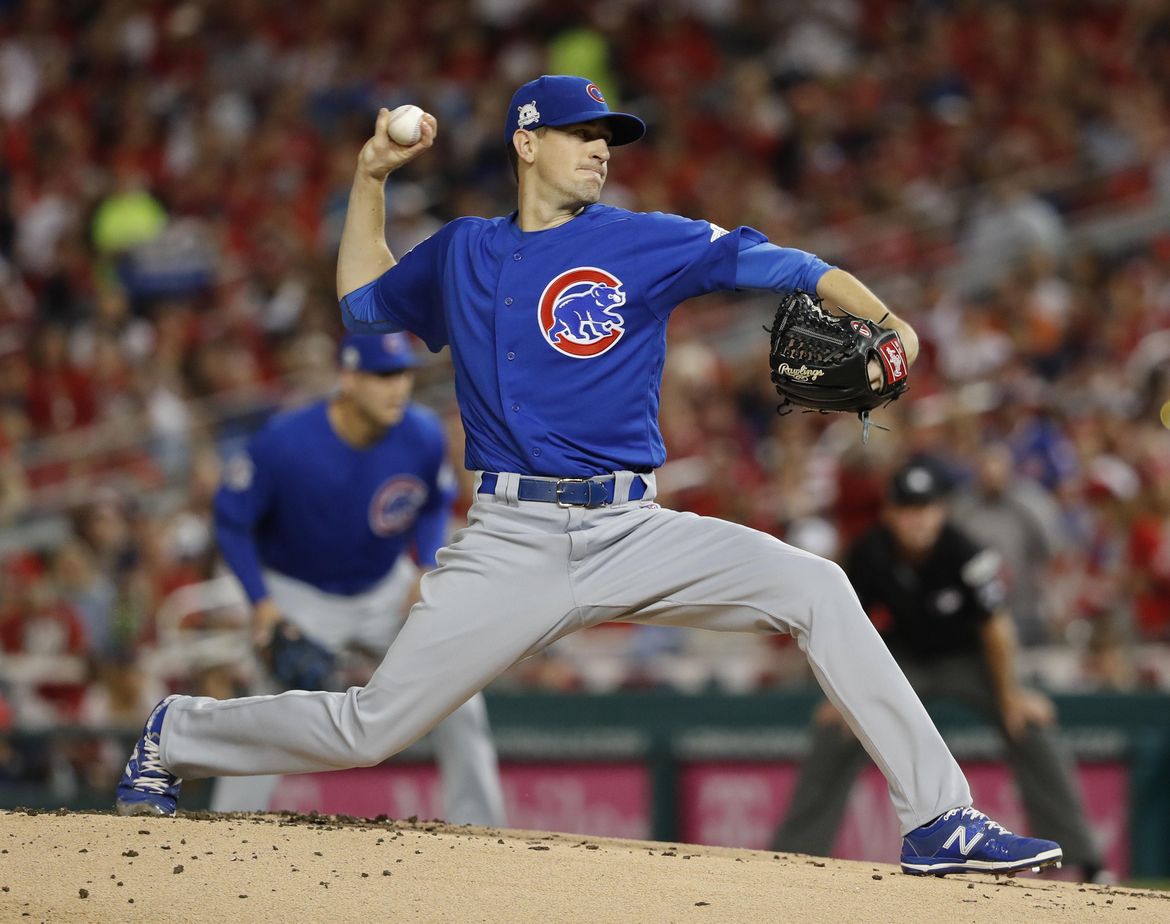 Relying on precision rather than power, Kyle Hendricks pitched the Chicago Cubs to another winning start in October. 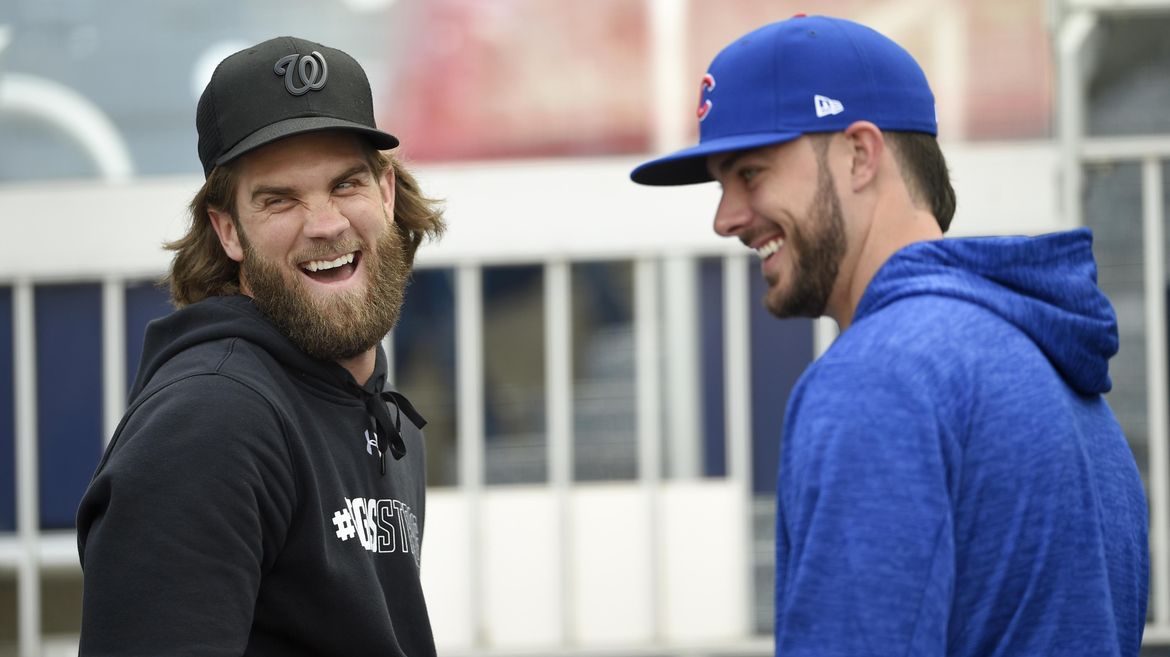 Bryce Harper and Kris Bryant – childhood pals in Las Vegas and the past two N.L. MVPs – chatted and shared a laugh between their teams’ workouts Thursday ahead of … 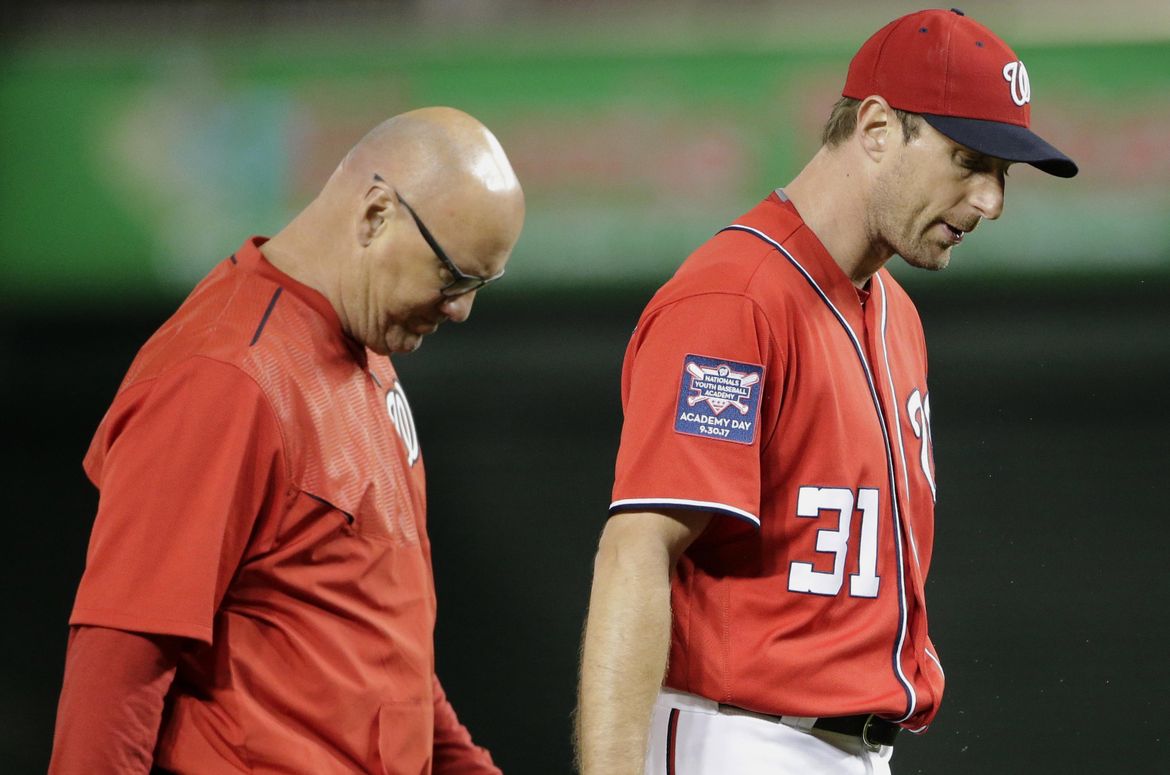 Nationals ace Max Scherzer was pulled with a hamstring cramp while tuning up for the playoffs Saturday during host Washington’s 4-1 loss to the Pittsburgh Pirates. 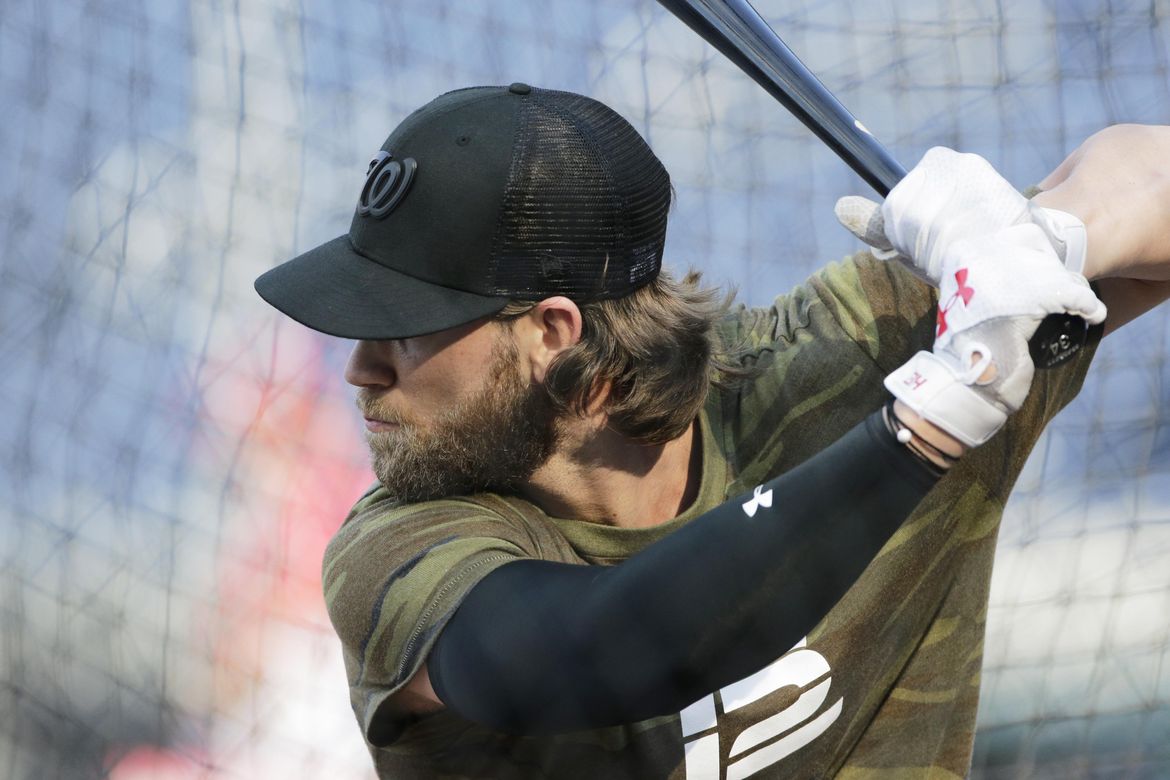 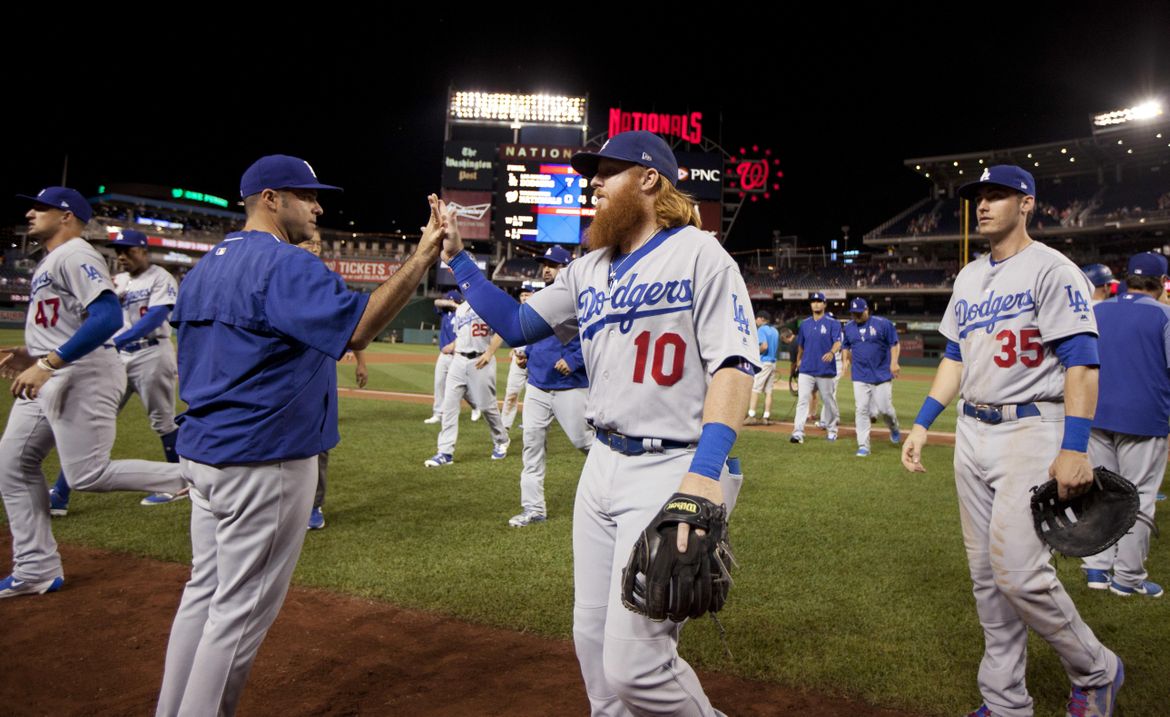 Alex Wood struck out eight in six innings, Corey Seager hit a three-run homer during a five-run second and the Los Angeles Dodgers defeated the host Washington Nationals 7-0 on … 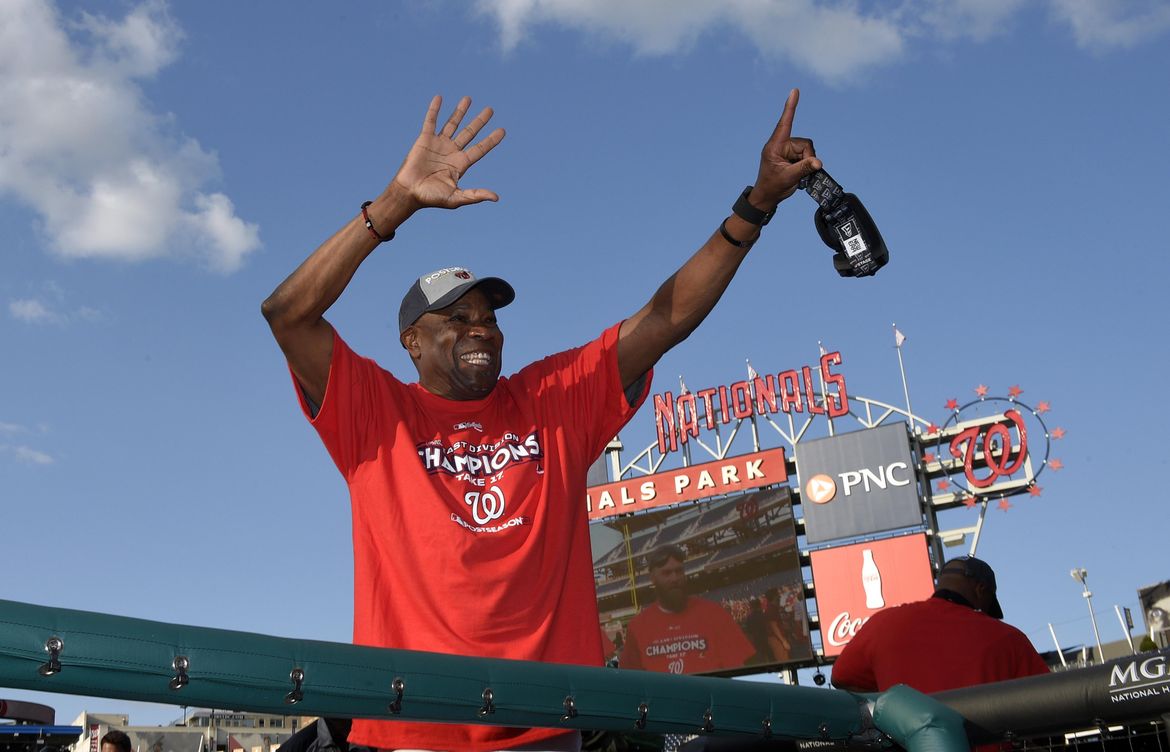 The Washington Nationals became the first team in the majors to clinch a playoff spot this season, winning the NL East on Sunday as Stephen Strasburg extended his scoreless streak … 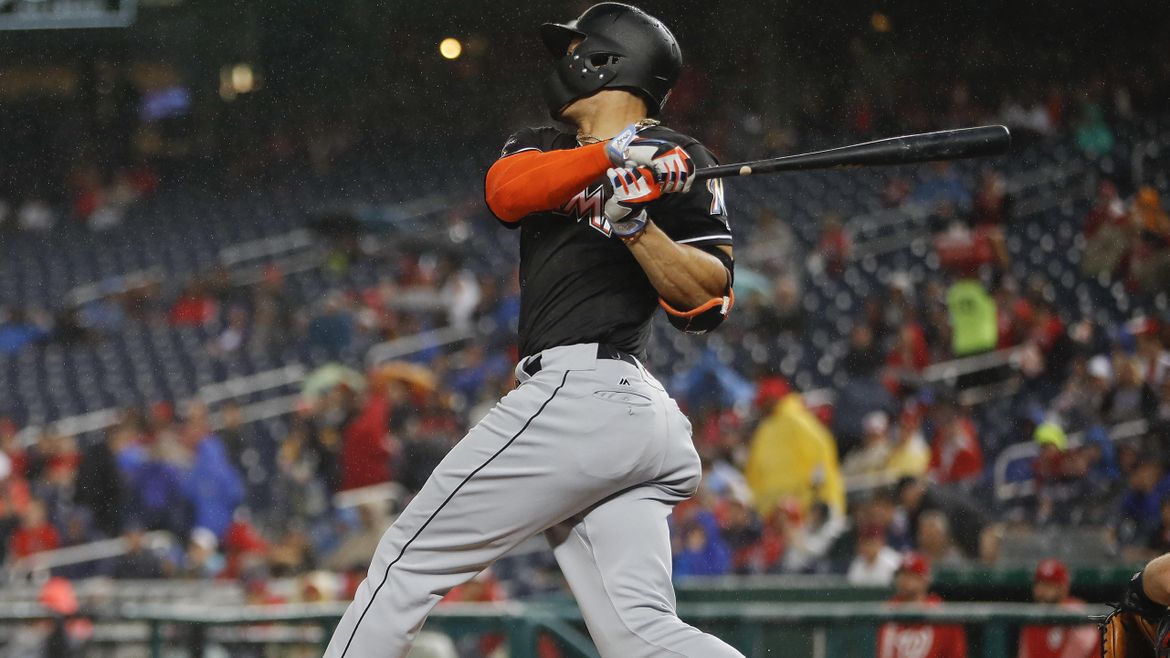 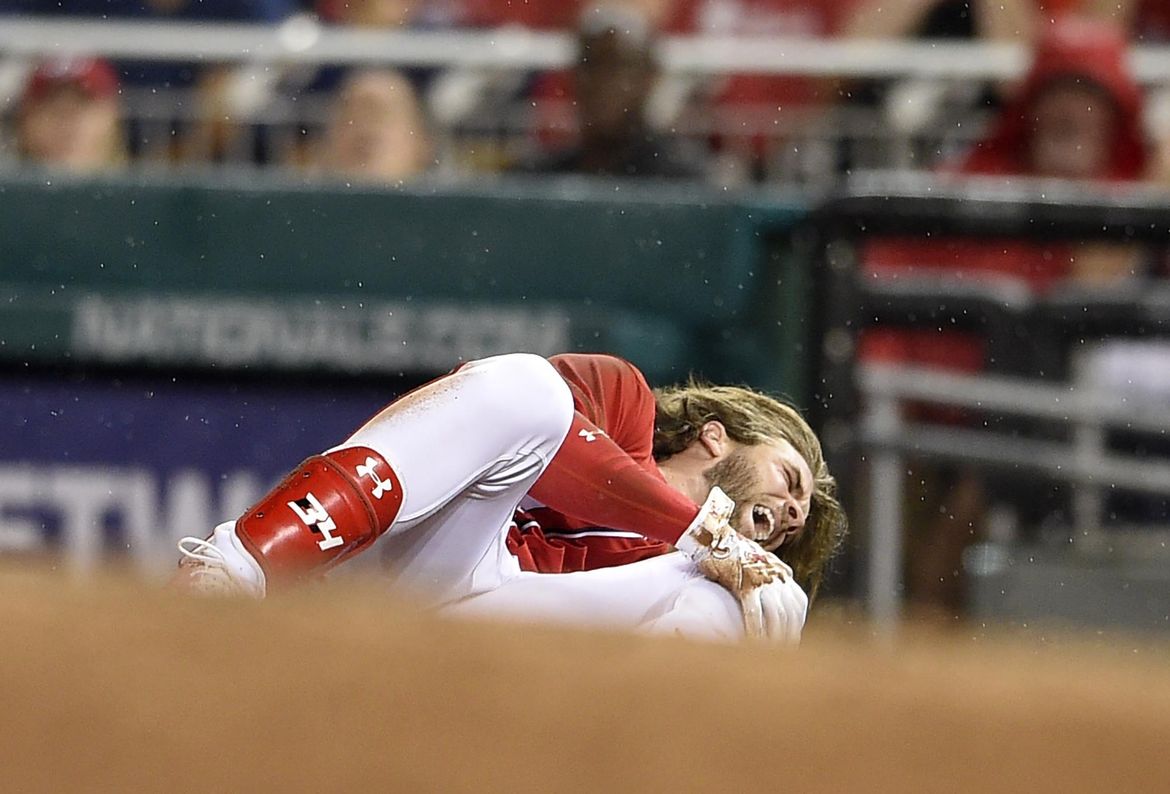 When Bryce Harper couldn’t put any weight on his left leg when he was helped off the field, the worst-case scenario certainly seemed realistic. 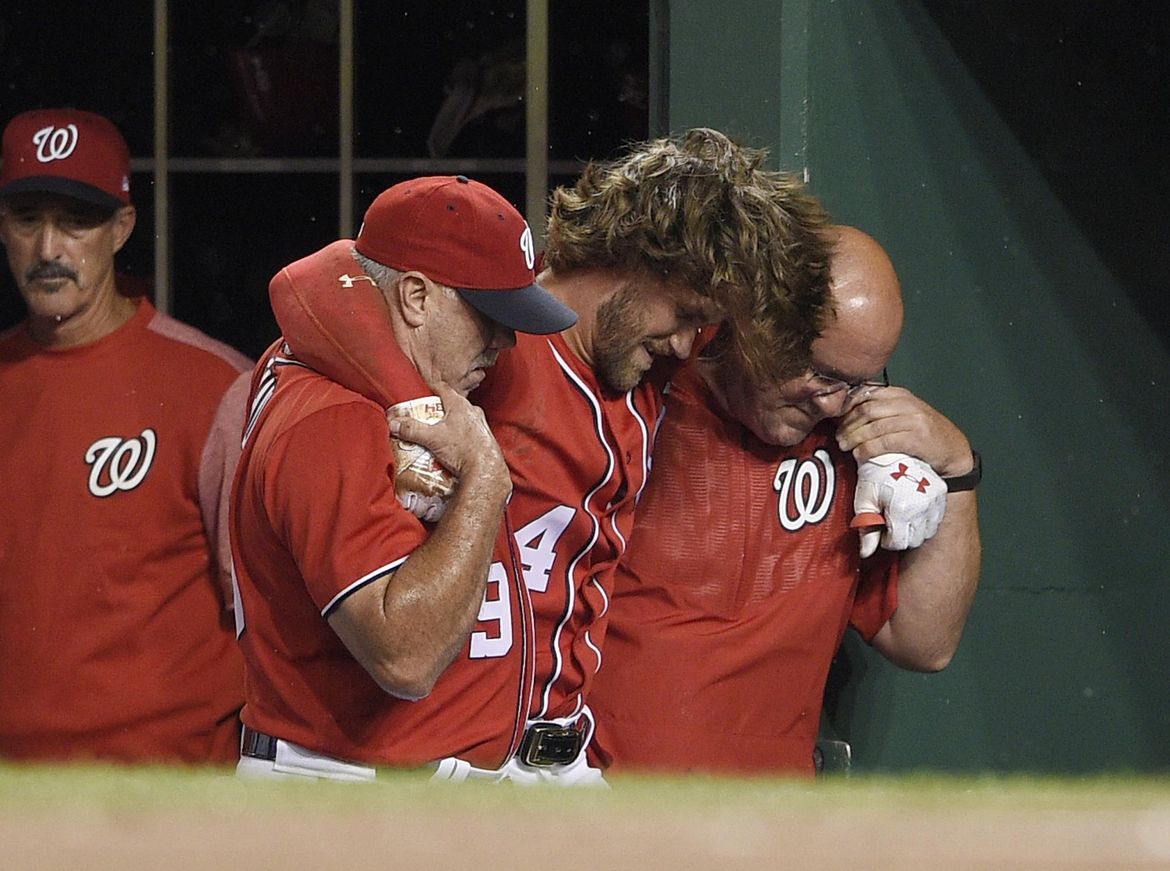 WASHINGTON – Bryce Harper appeared to injure his left knee when he slipped on a wet first base, a potentially devastating blow to the NL East-leading Washington Nationals. While running … 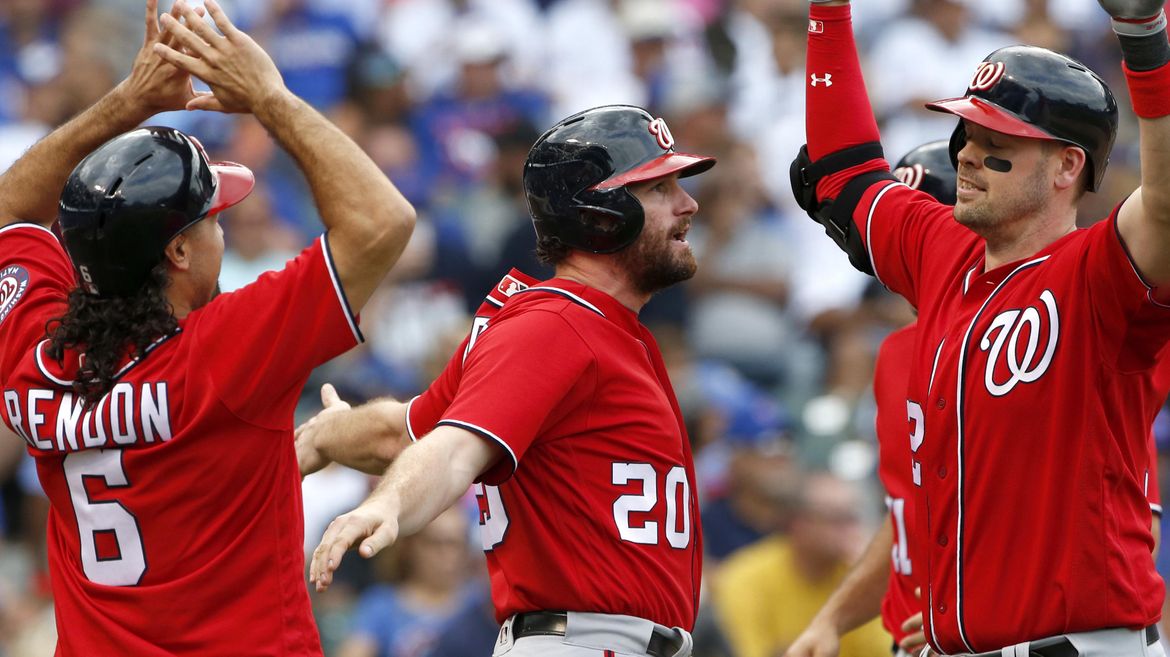 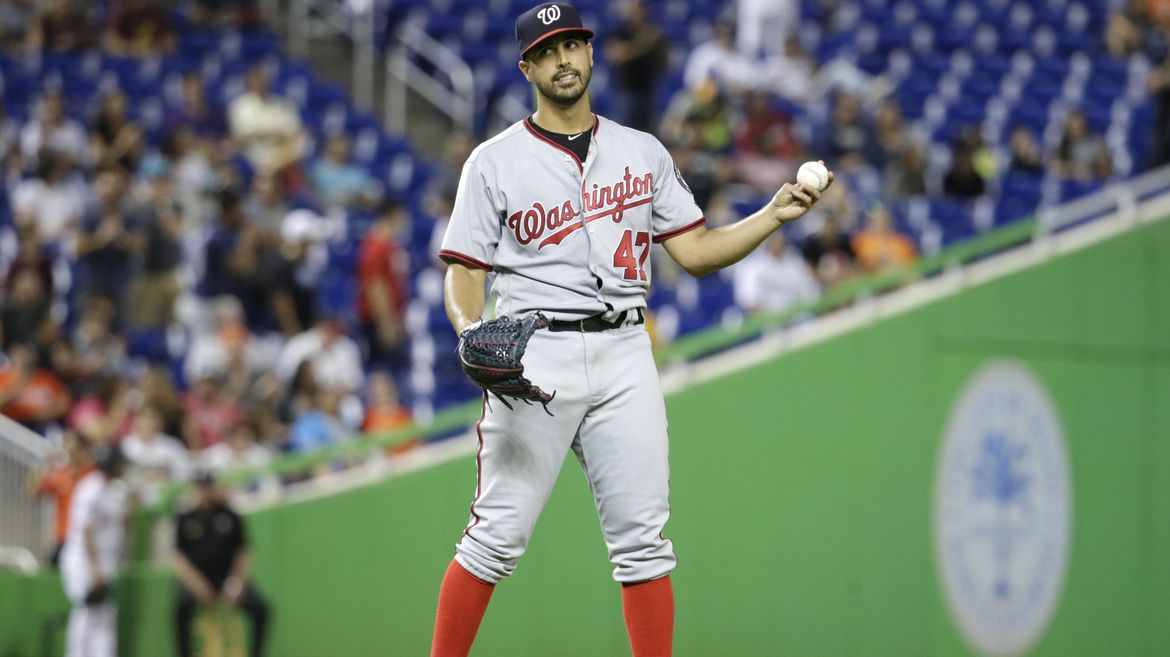 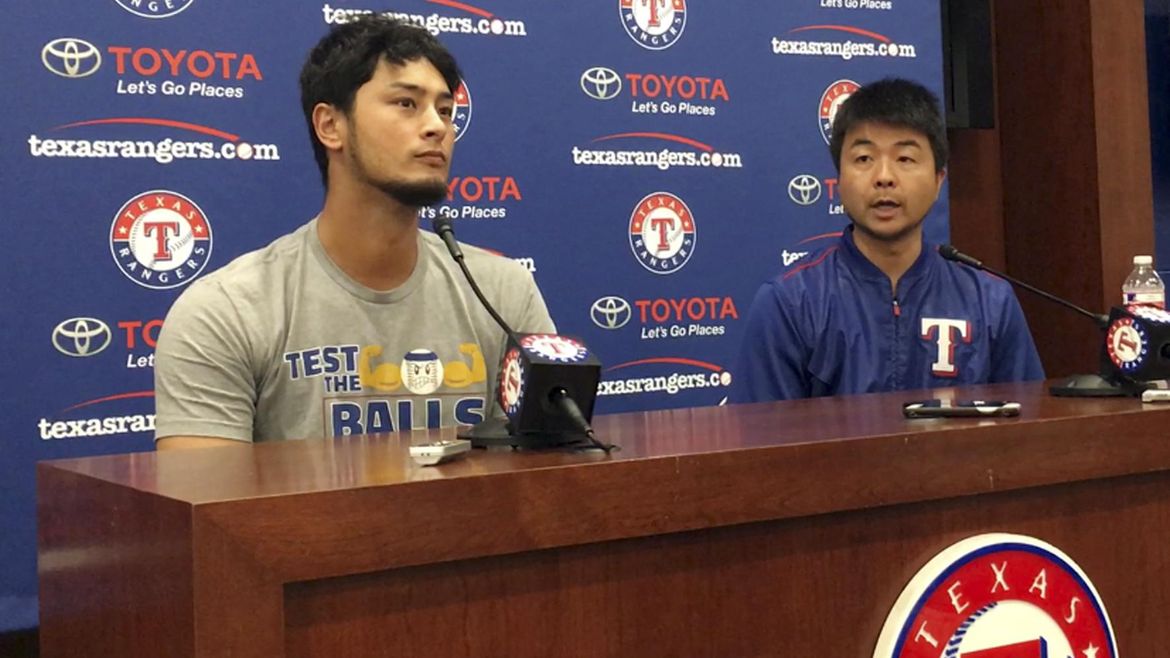 Yu Darvish and Sonny Gray headed a parade of prized arms on the move Monday, leaving little doubt on trade deadline day: Top teams made a big pitch for the … 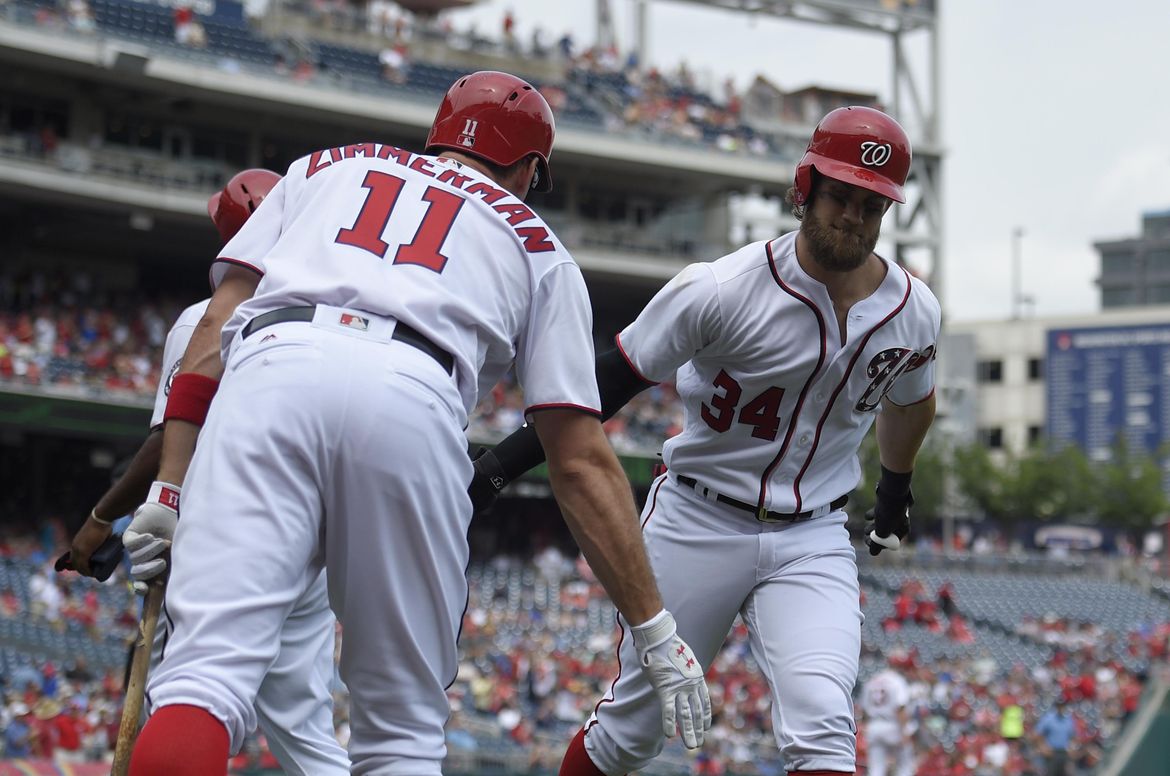 The Washington Nationals tied a franchise record with eight home runs, including two apiece by Bryce Harper and Ryan Zimmerman, and Max Scherzer pitched six innings of three-hit ball in … 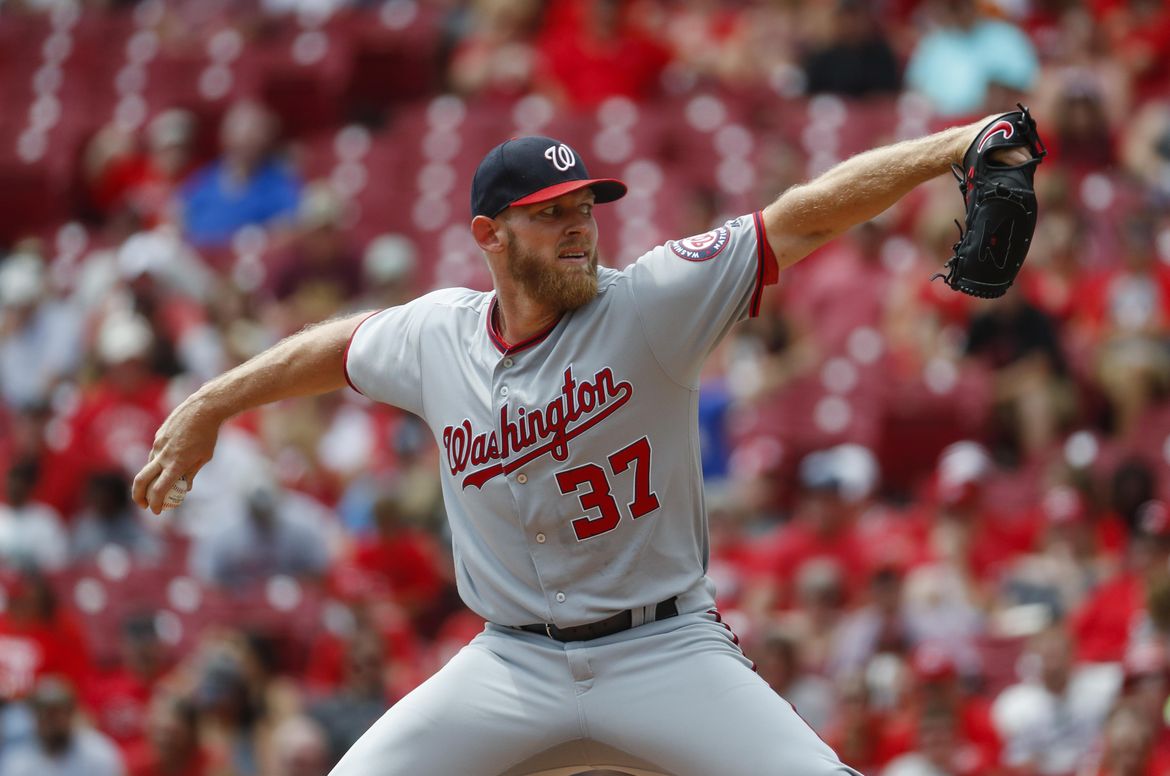 One day after expressing hope Stephen Strasburg would make his next start, the Washington Nationals will place the right-hander on the 10-day disabled list.

GCL Nationals pitch no-hitter in both games of doubleheader 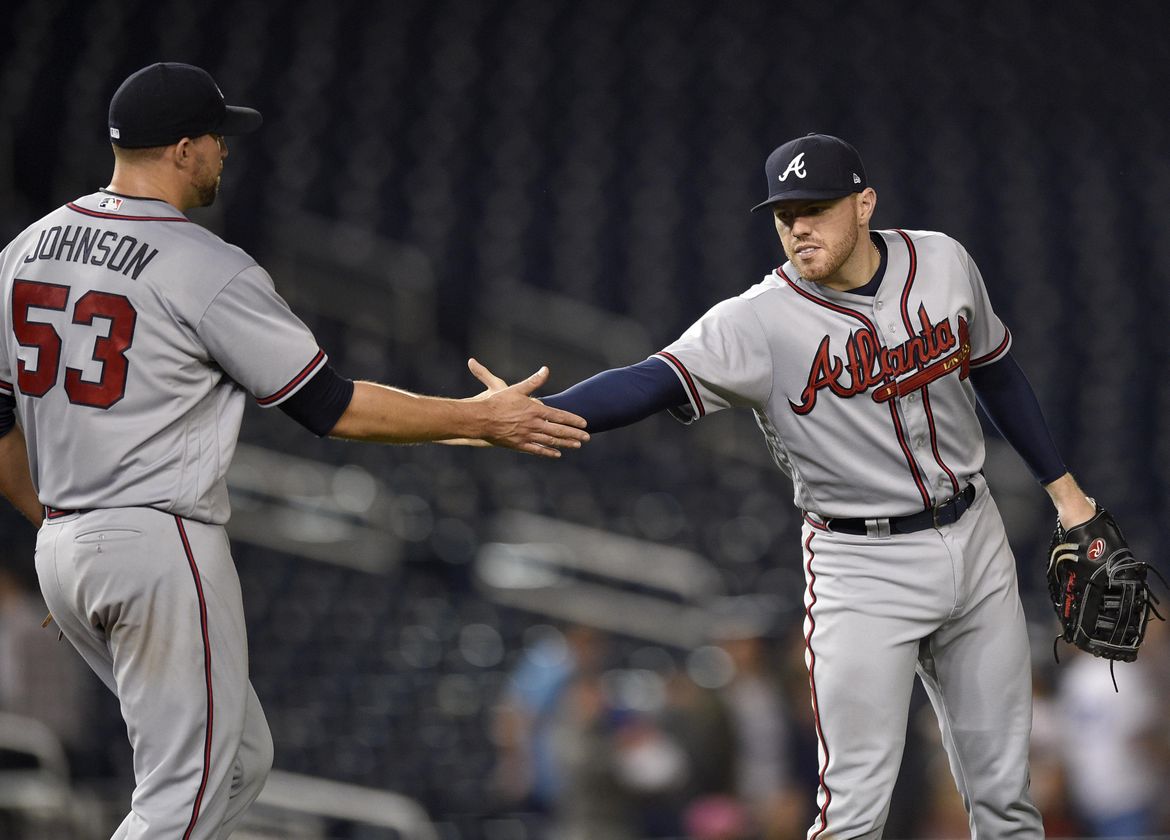 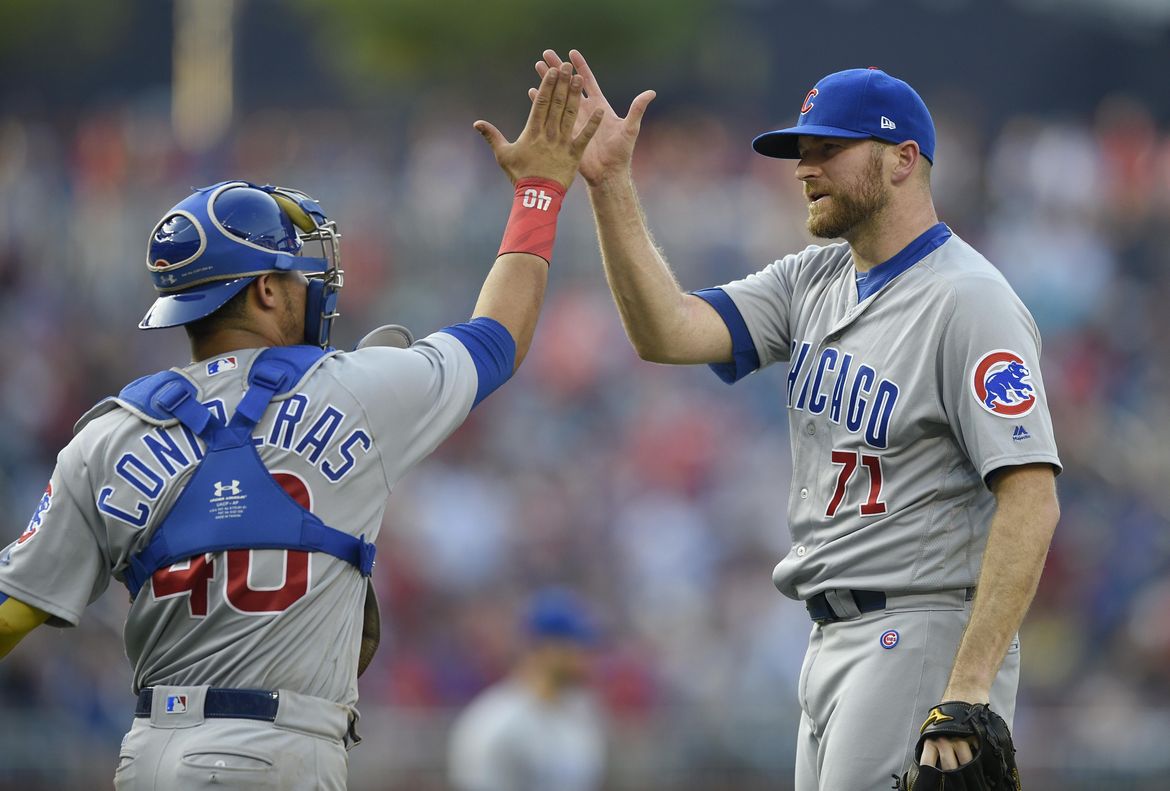 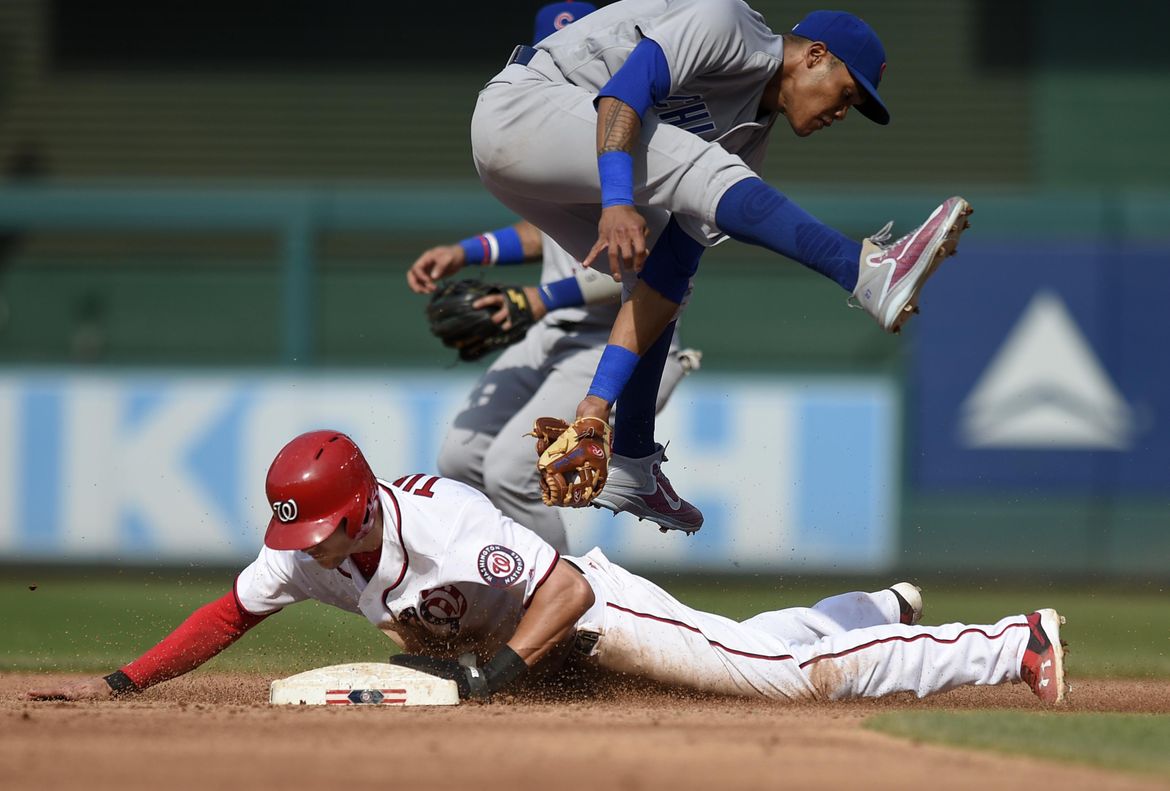 Trea Turner broke his right wrist after being hit by a pitch, and it’s unclear when the Washington Nationals will get their speedy shortstop back in the lineup. 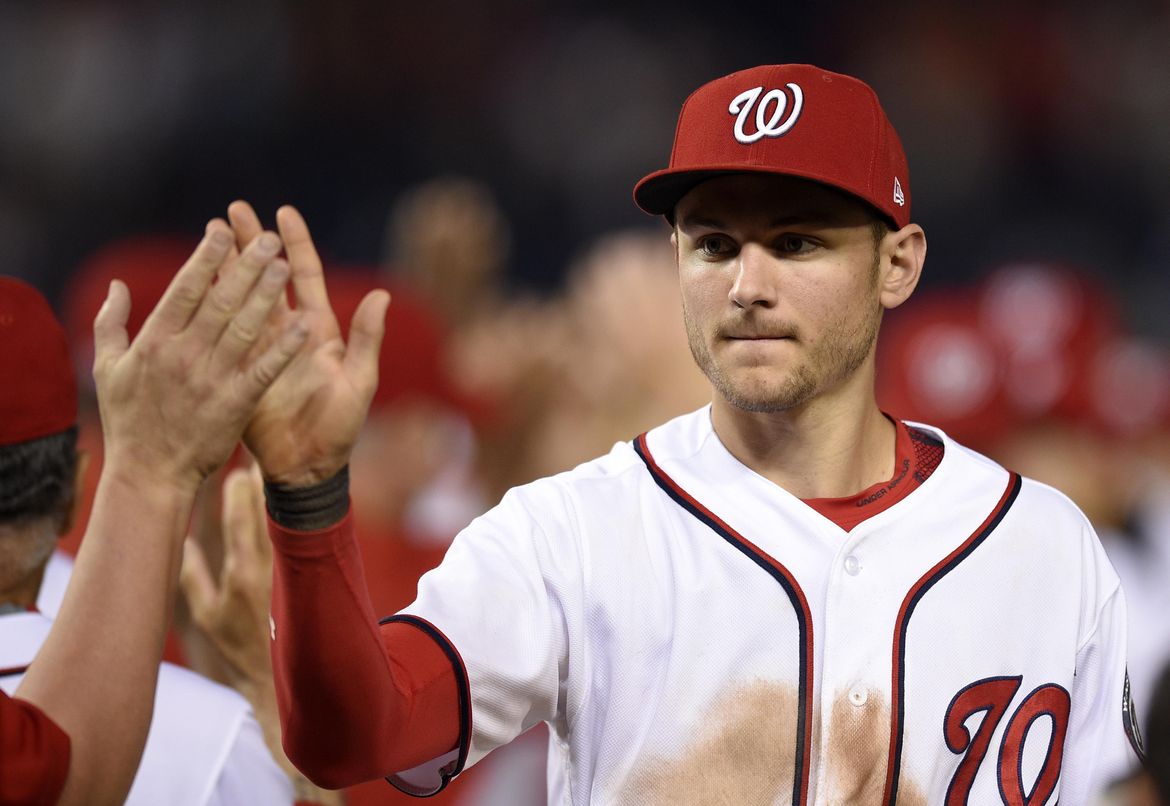 Neither of the past two N.L. Cy Young Award winners had his best stuff, though Max Scherzer handled things much better than Jake Arrieta. 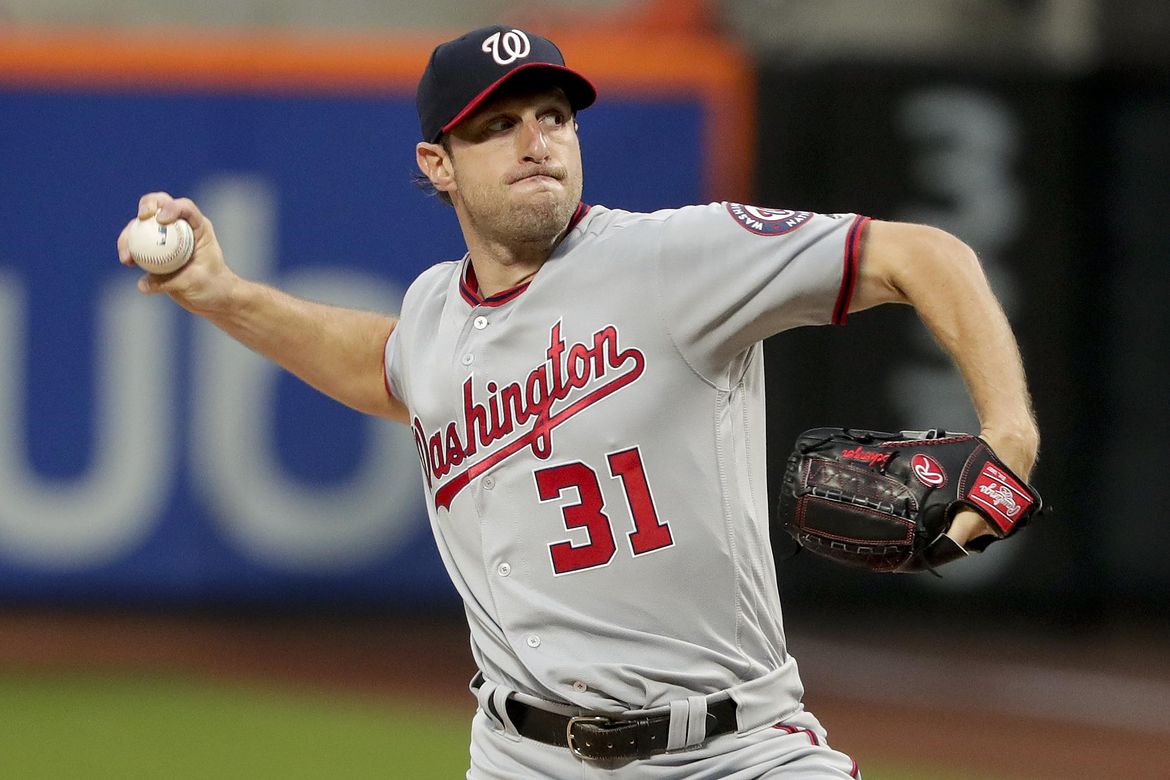 Max Scherzer struck out 10 over eight masterful innings to reach double digits for the fifth straight start and limited the Mets to four hits, leading the Washington Nationals over … 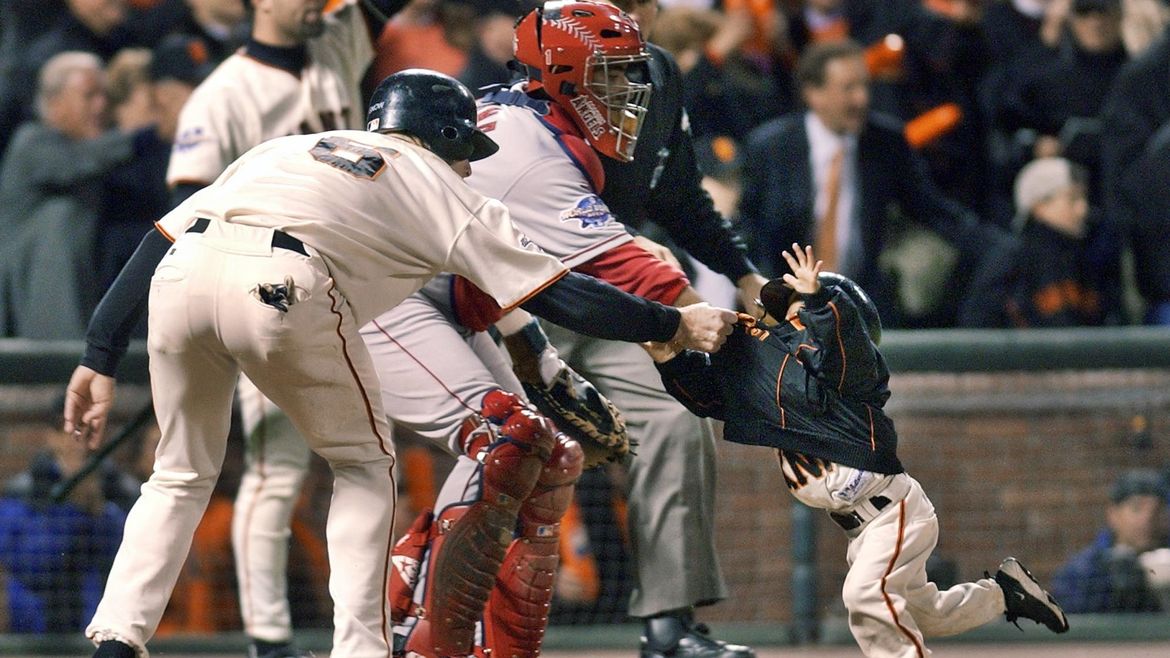 Darren Baker got scooped up by dad’s team again. 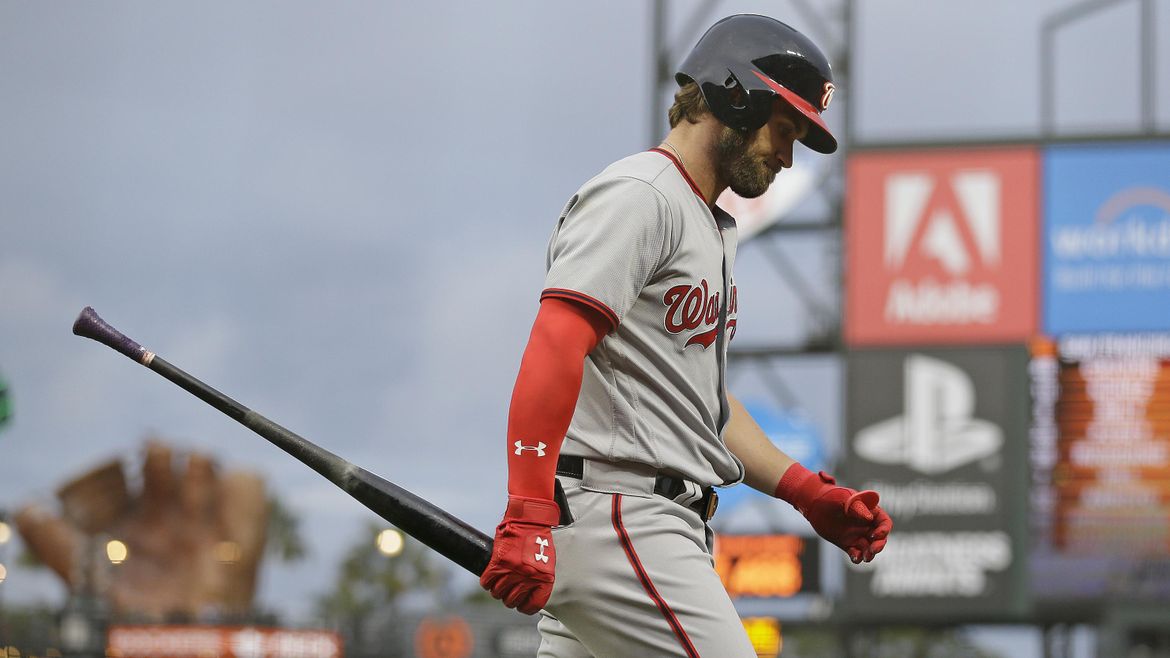 Washington Nationals star Bryce Harper has agreed to drop his appeal of a four-game suspension and will have one game shaved from the punishment. 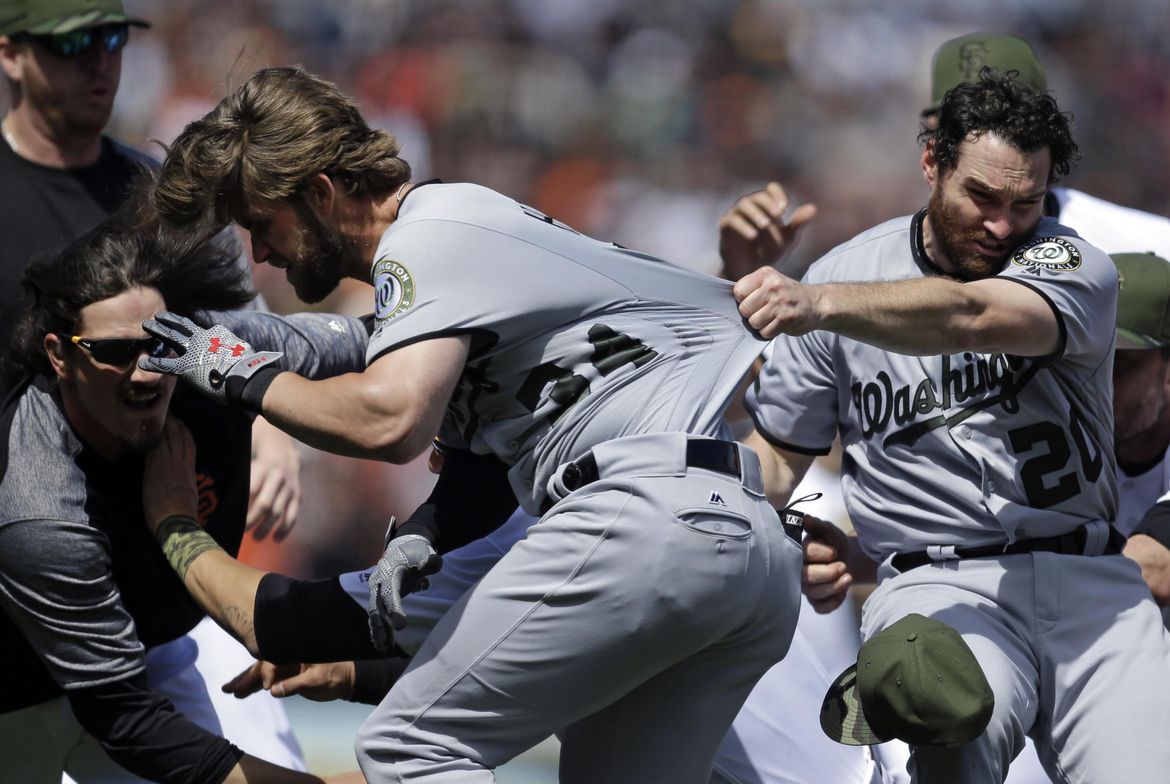 Giants reliever Hunter Strickland received a six-game suspension Tuesday and Washington’s Bryce Harper was penalized four games for their roles in a benches-clearing brawl at AT&T Park a day earlier. 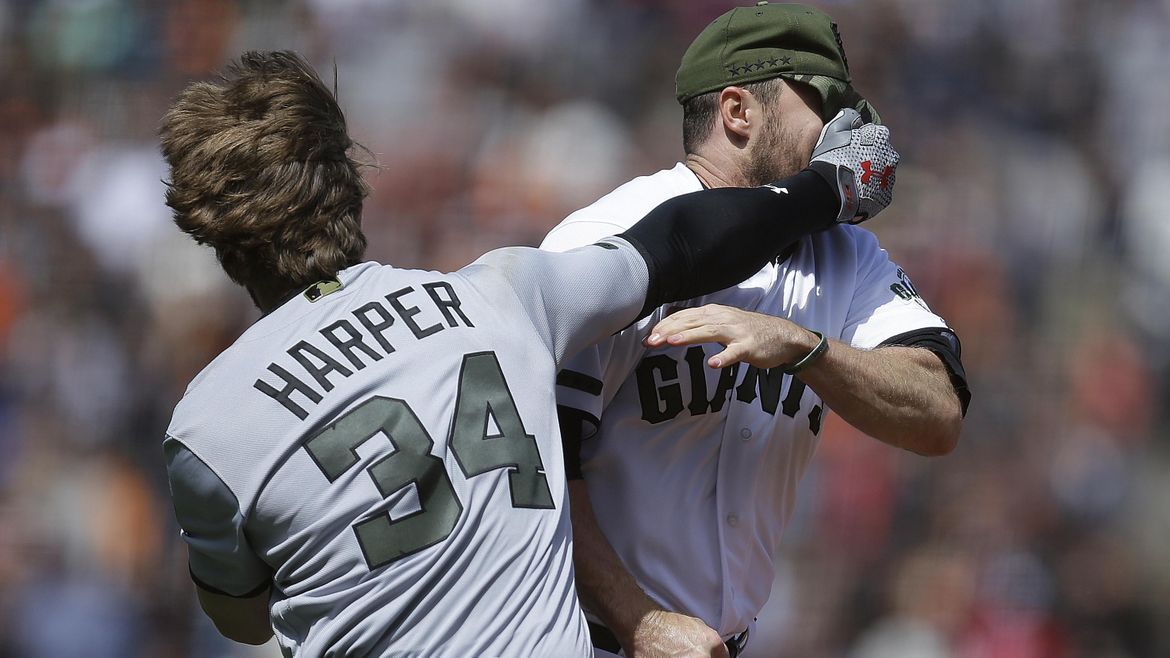 Drilled in the hip by a heater, Bryce Harper knew where this was headed. In a hurry, too. 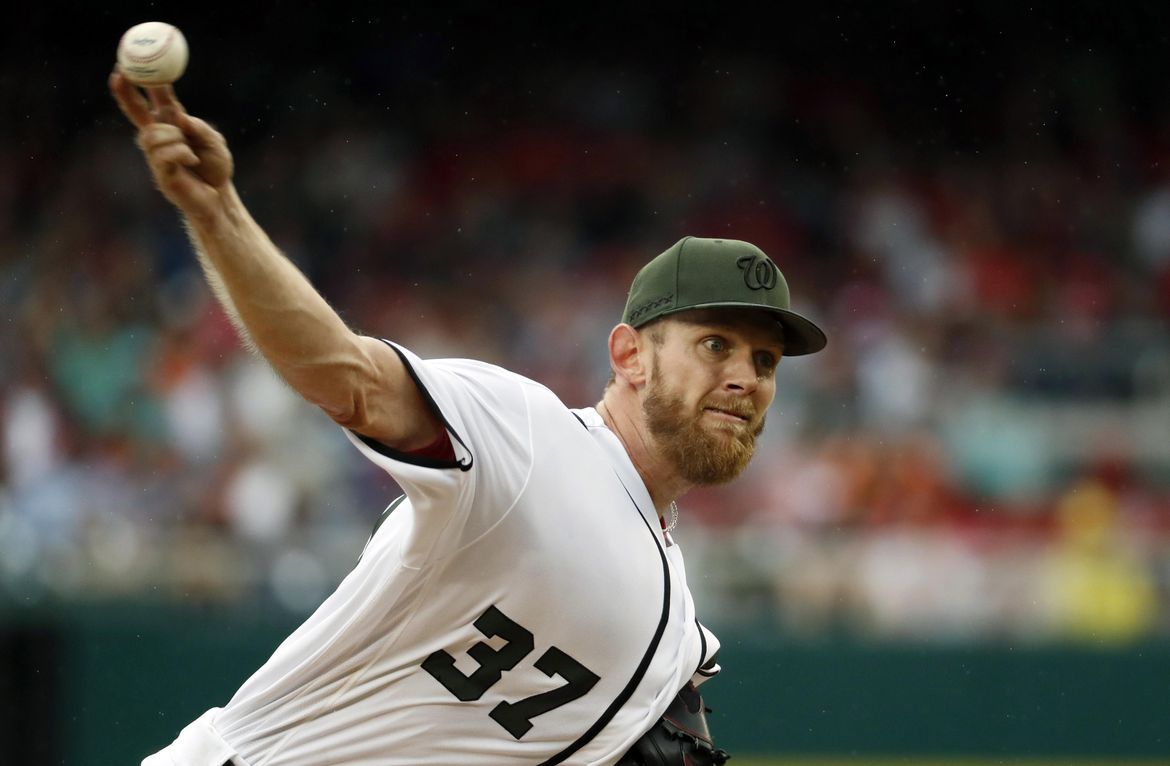 Stephen Strasburg struck out a career-high 15 while allowing three hits over seven innings to lead the Washington Nationals over the visiting San Diego Padres 3-0 on Saturday. 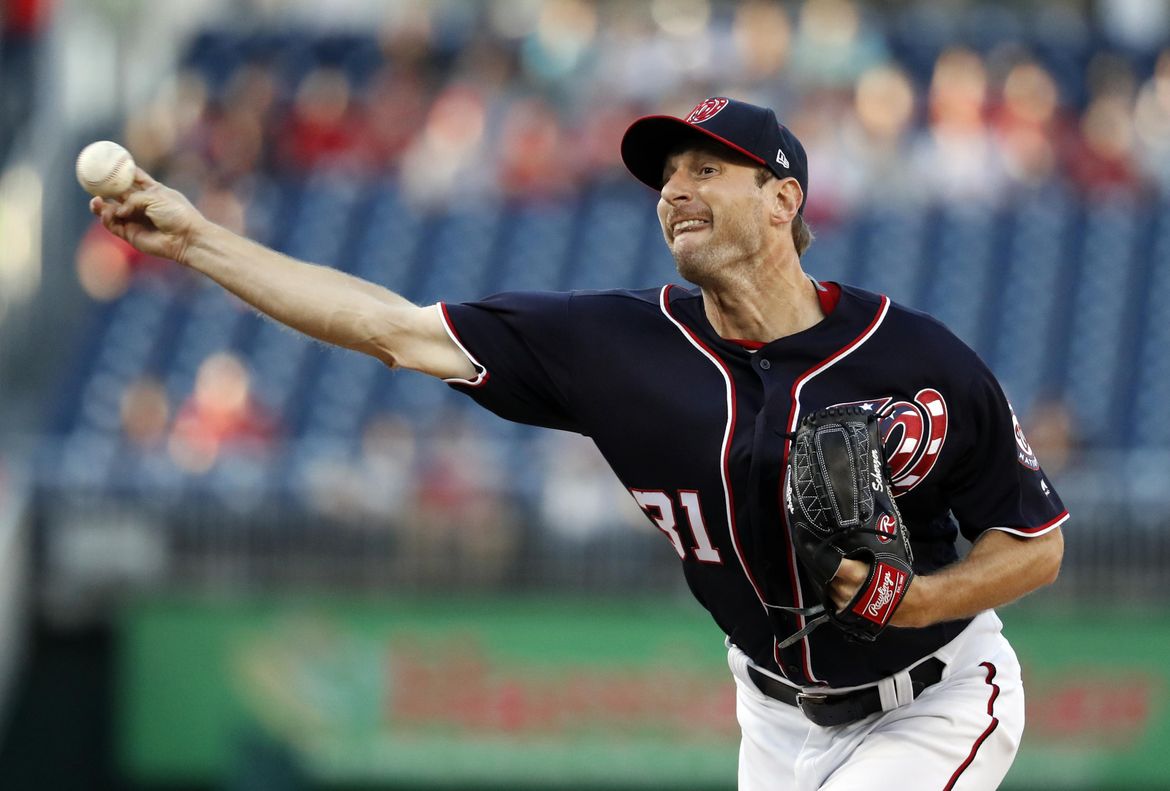 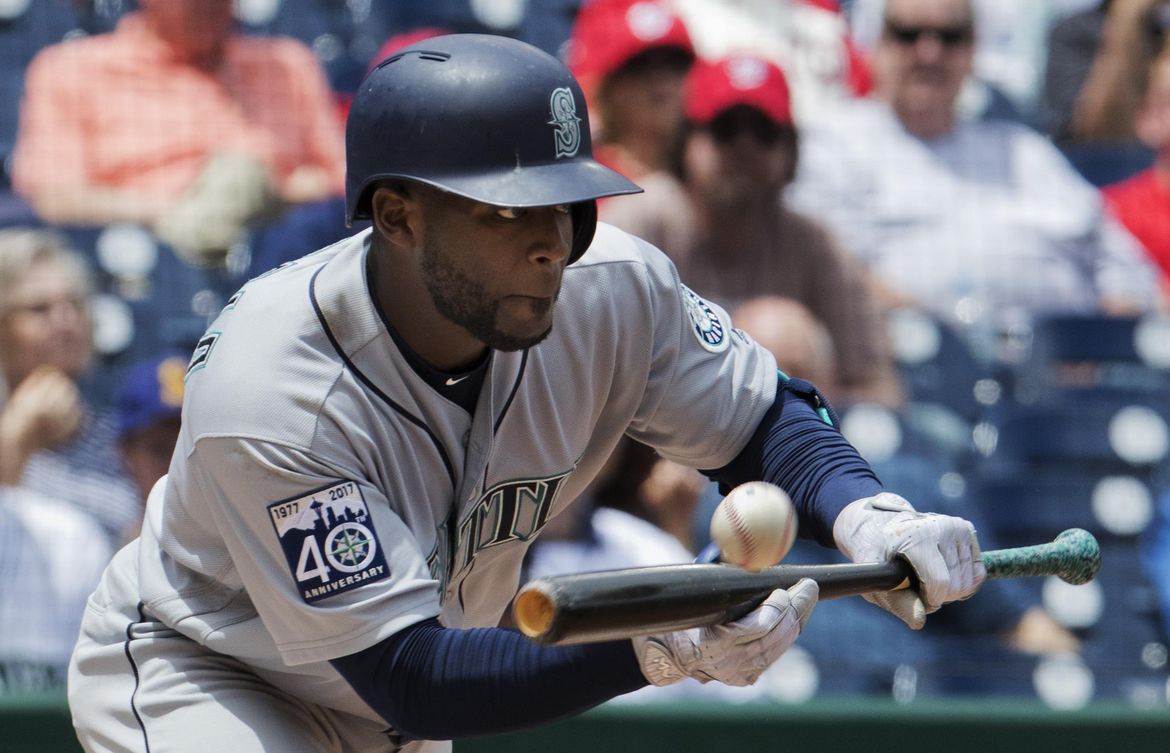 Nelson Cruz greeted reliever Jacob Turner with a go-ahead, three-run homer in the sixth inning, and the Seattle Mariners beat the Washington Nationals 4-2 Thursday to stop a five-game losing …