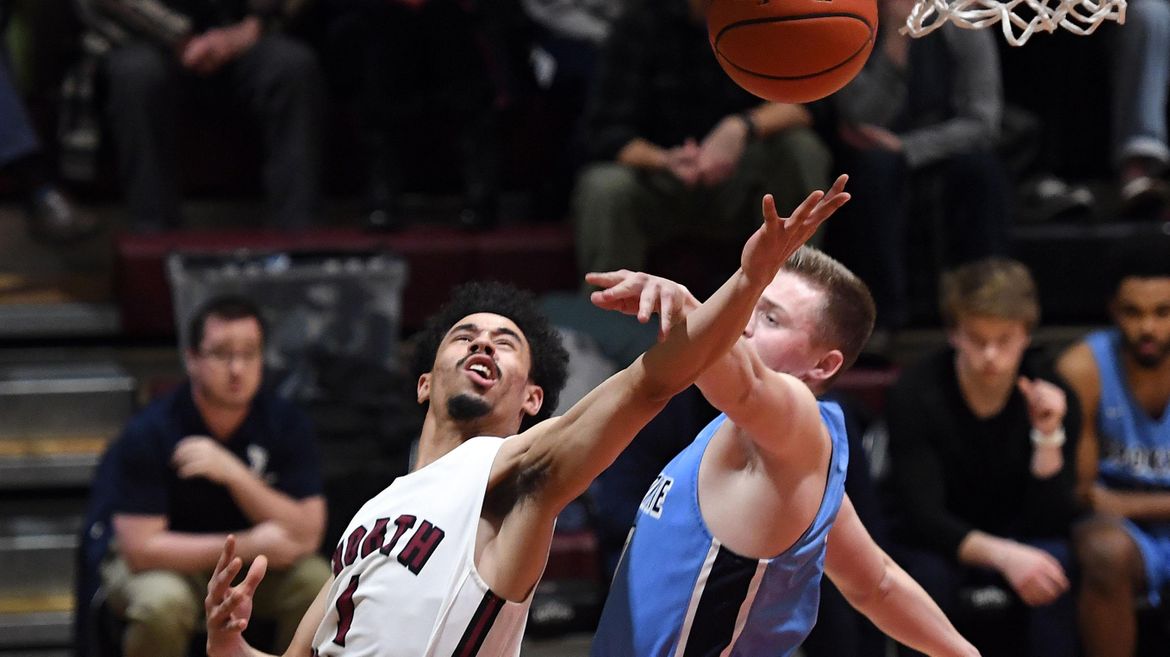 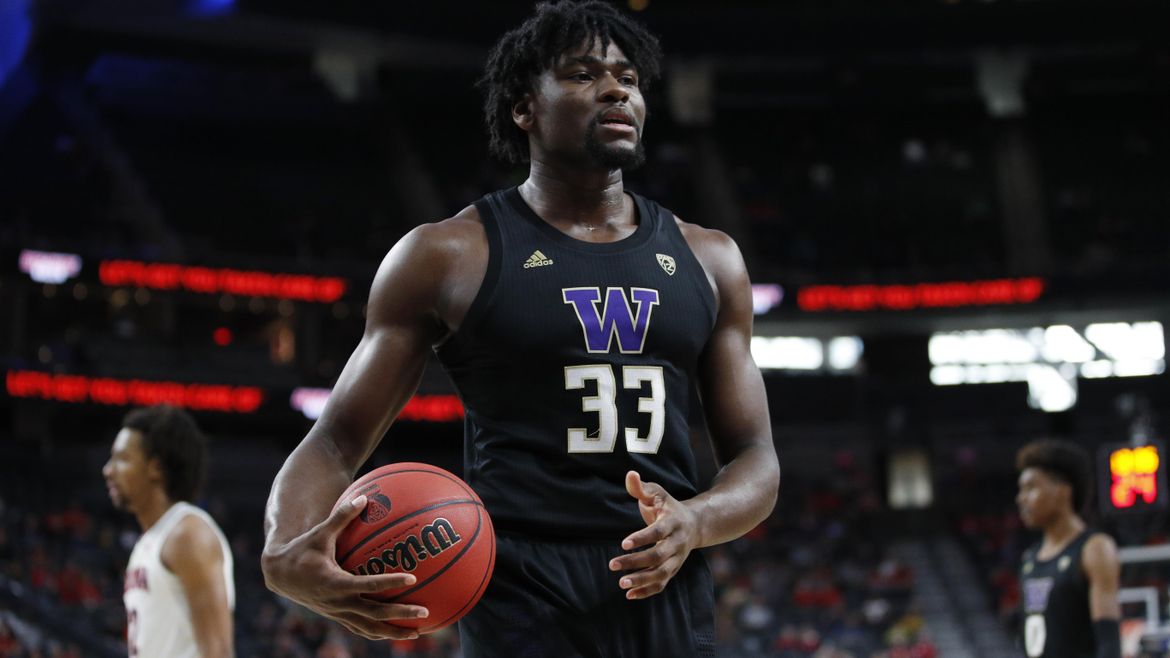 It was as surprising as San Diego sunshine, but it happened Wednesday. Huskies big man Isaiah Stewart declared for the NBA draft, and the best player to suit up for … 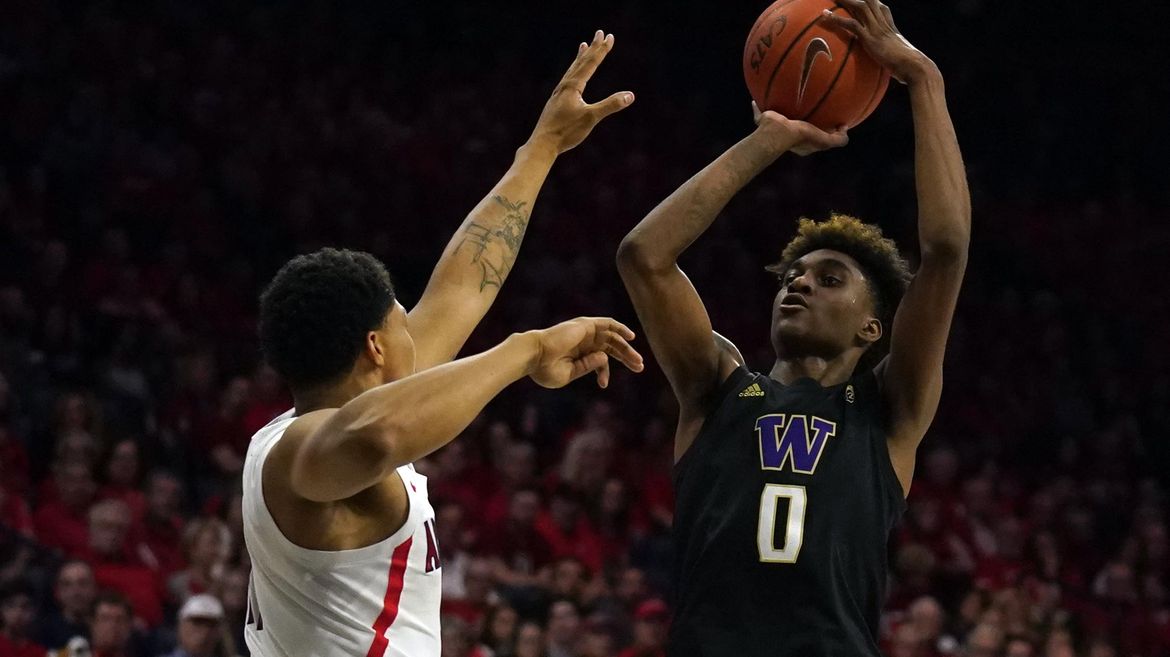 After Washington captured a 69-63 upset win at Arizona on Saturday night, the teams will face each other with a short turnaround in a rubber match, with UW’s postseason life … 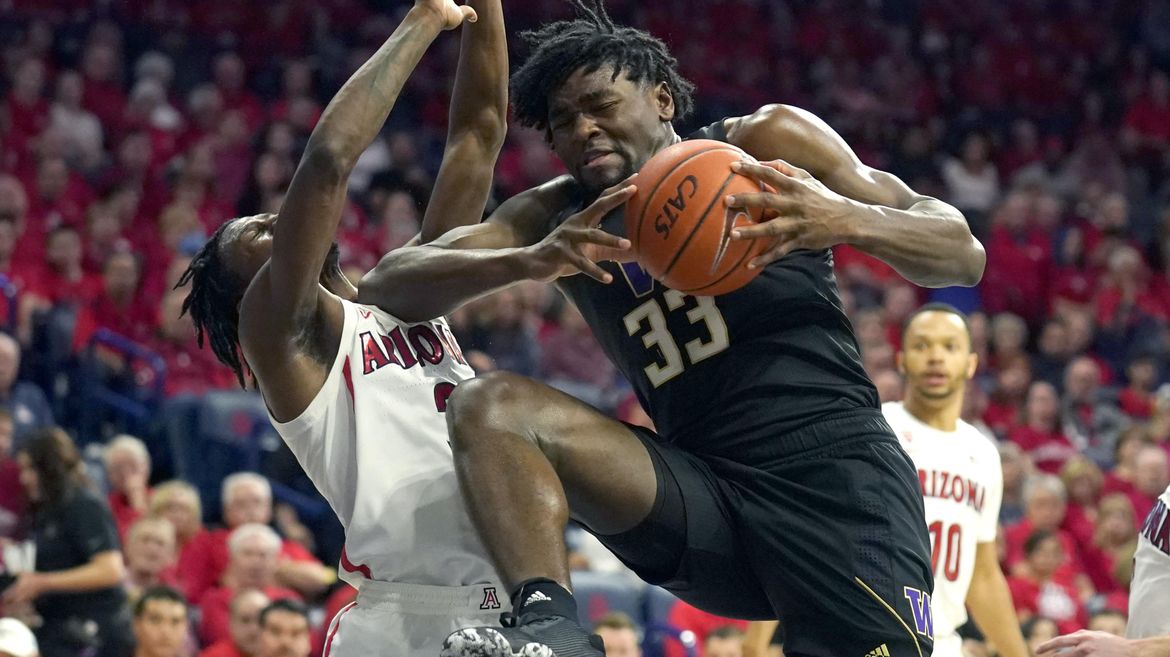 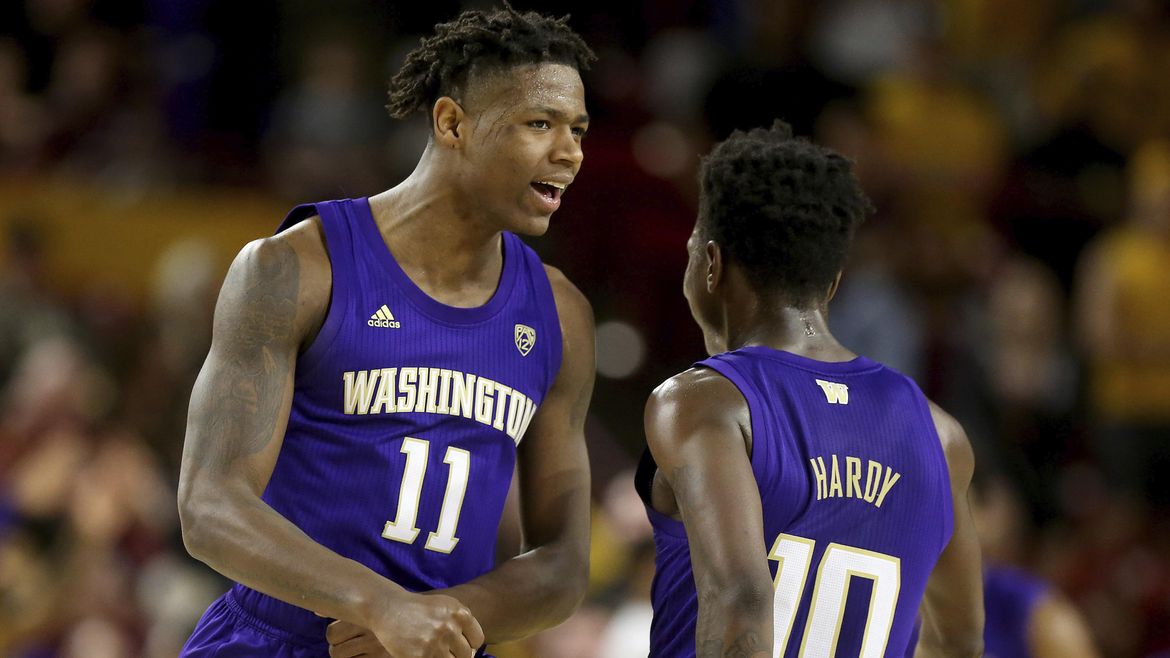 Nahziah Carter scored 23 points, Jaden McDaniels added 16 and the Washington Huskies rallied in the second half to beat Arizona State 90-83 on Thursday night 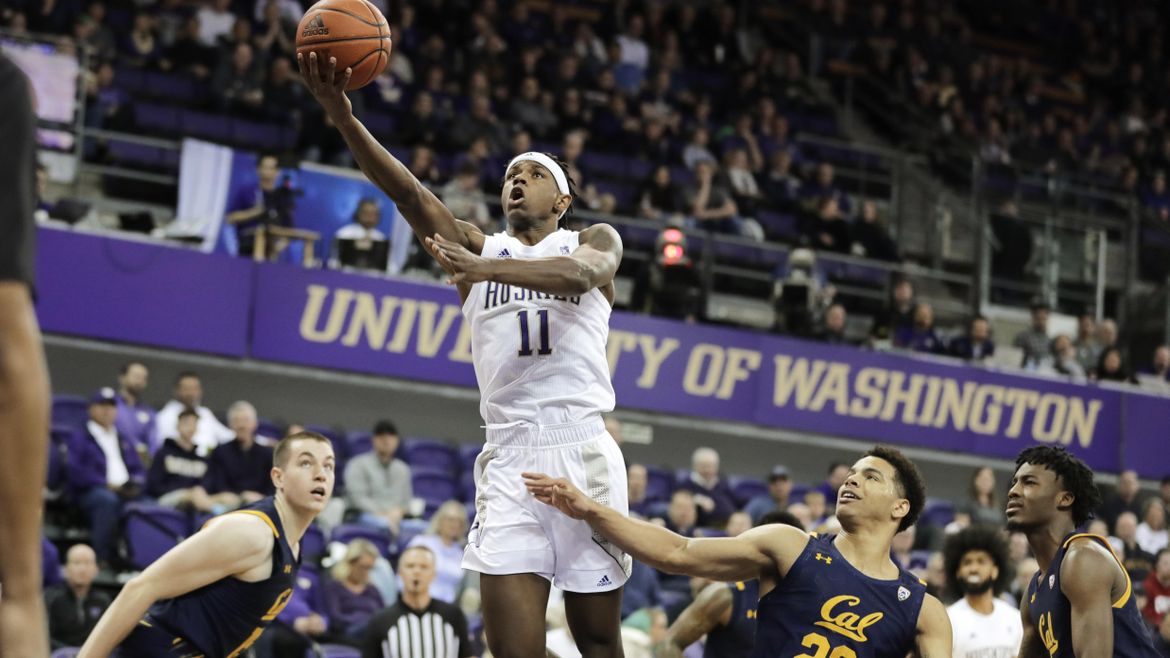 Nahziah Carter scored 16 points, Isaiah Stewart had 15 and Washington snapped a nine-game losing streak with an 87-52 win over Cal. 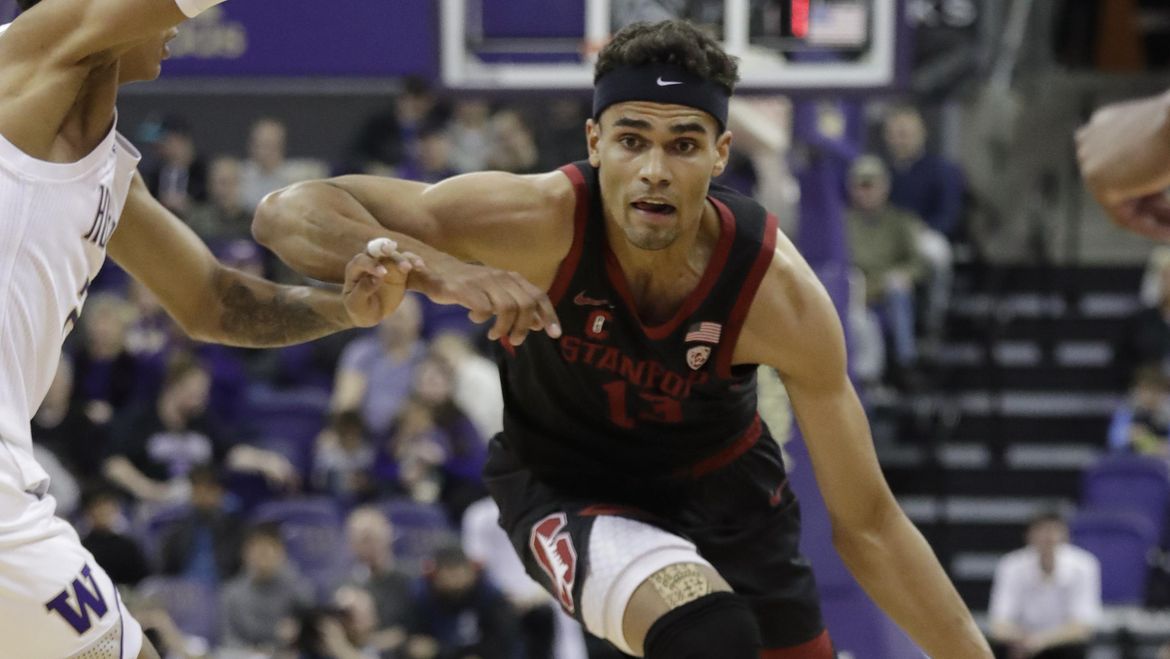 Oscar Da Silva, Stanford pull away from Washington in second half 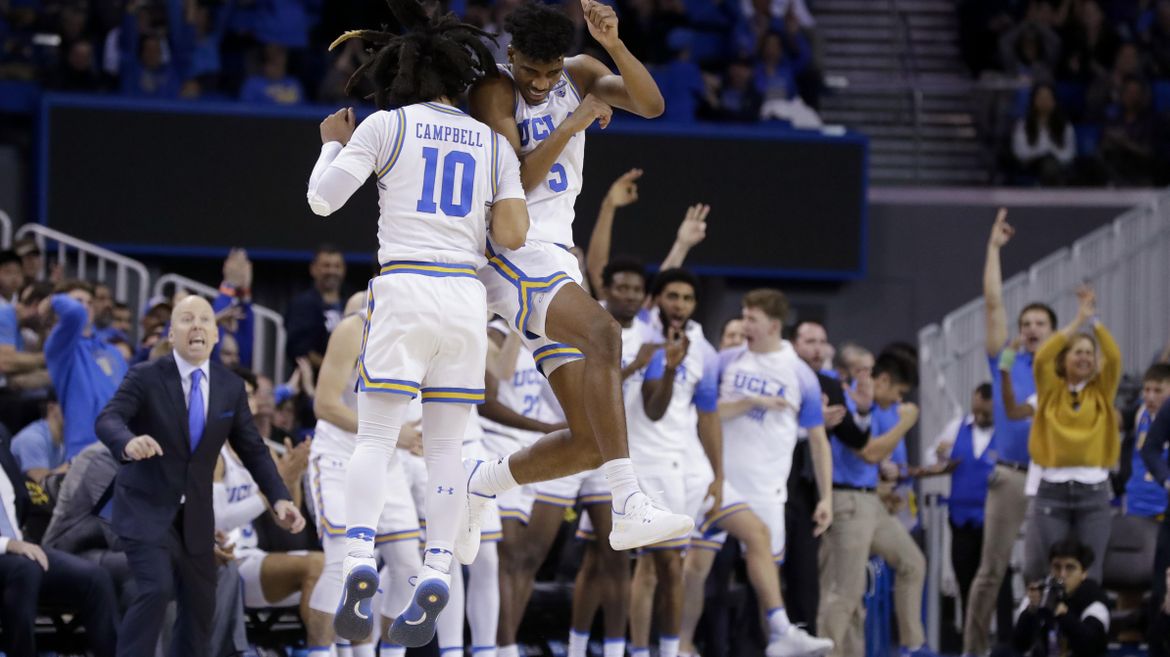 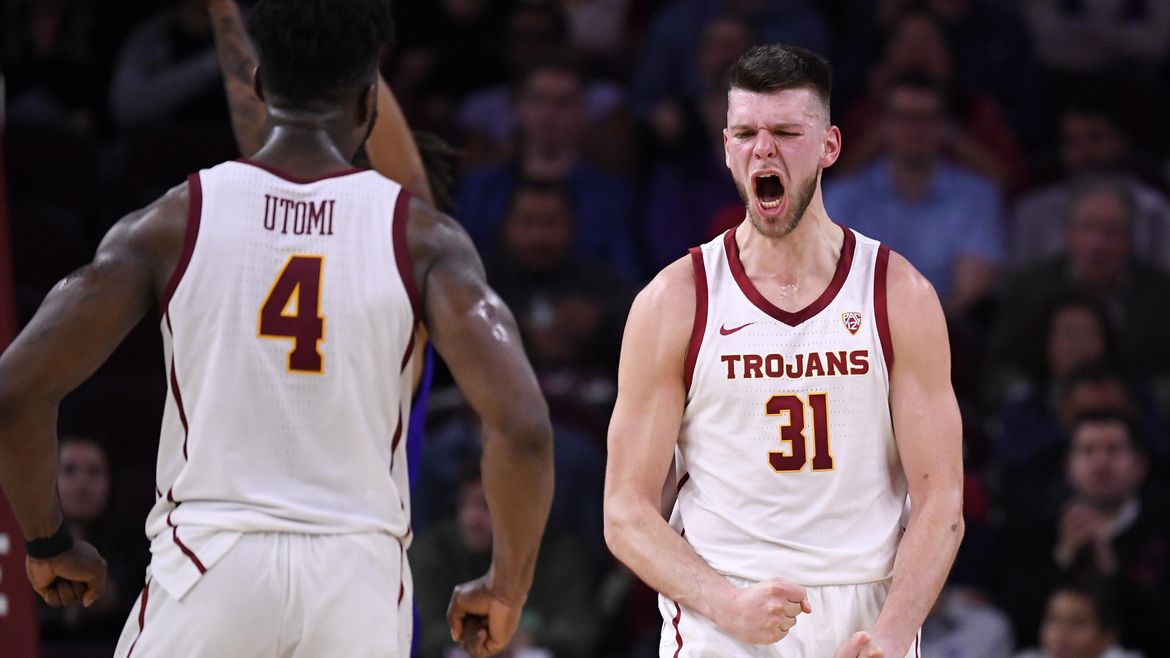 Nick Rakocevic scored 19 points, Jonah Mathews added 16 and Southern California snapped a three-game losing streak as it rallied for a 62-56 victory over Washington on Thursday night. 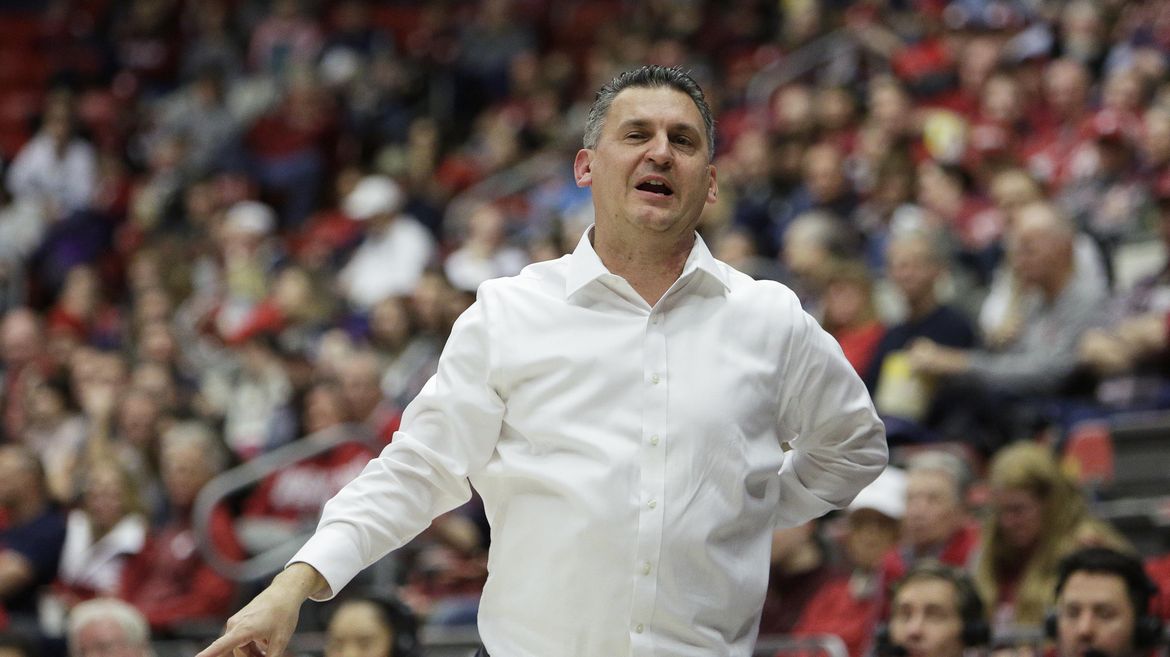 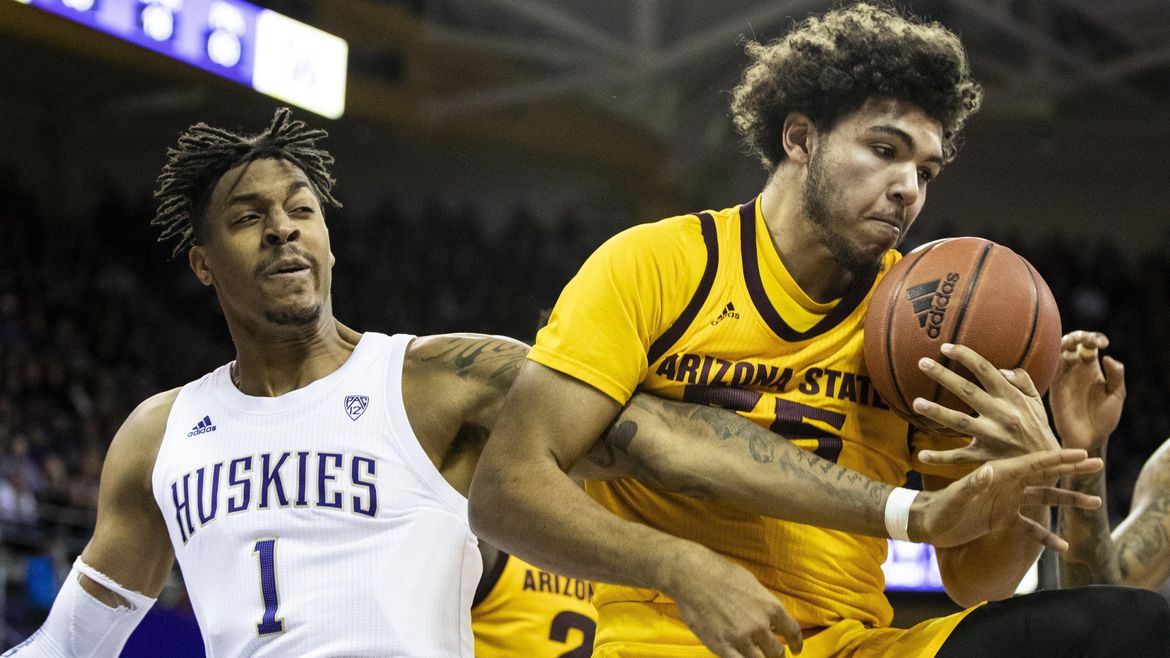 Remy Martin scored 19 points, leading five Arizona State players in double figures, and the Sun Devils held off Washington in the closing minutes for a 87-83 win. 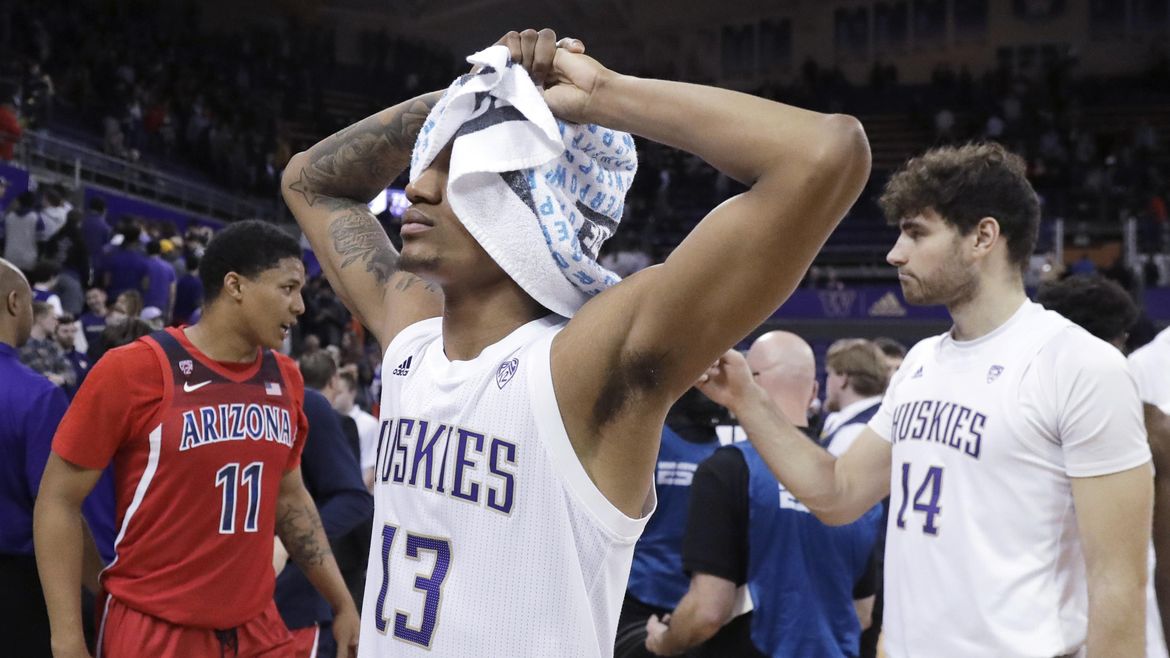 Jemarl Baker Jr. made his fourth 3-pointer with 42 seconds remaining to give Arizona the lead, and the Wildcats held off Washington for a 75-72 win. 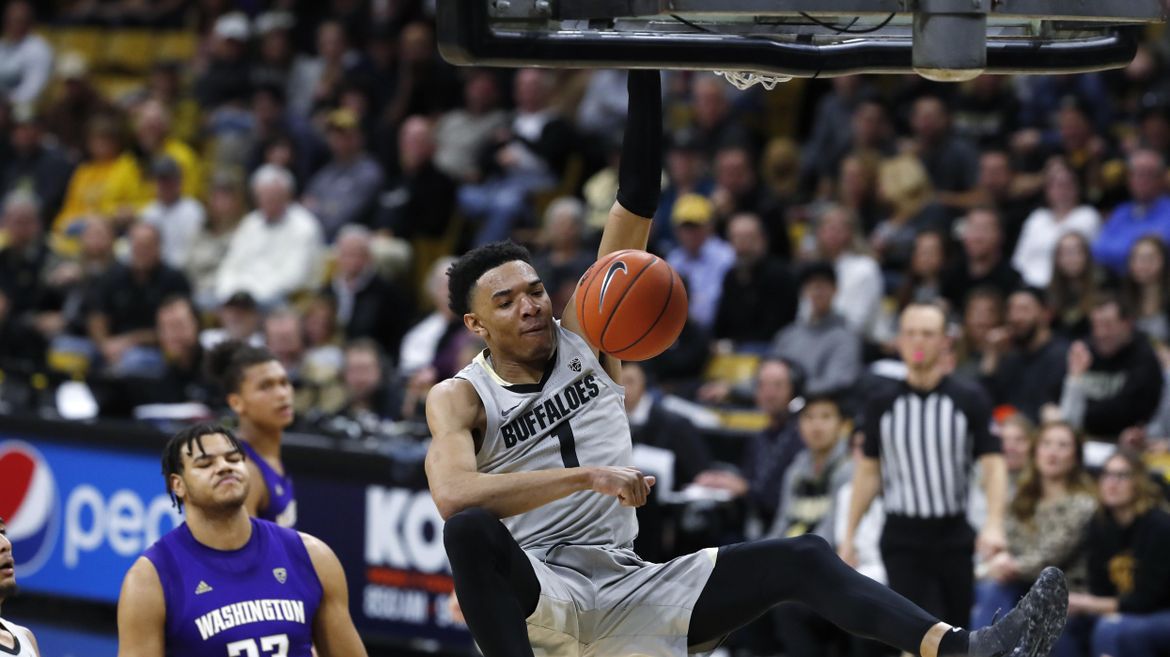 Tyler Bey returned to the lineup and scored 16 points, McKinley Wright IV had 15 and No. 23 Colorado beat Washington 76-62, snapping a five-game losing streak to the Huskies 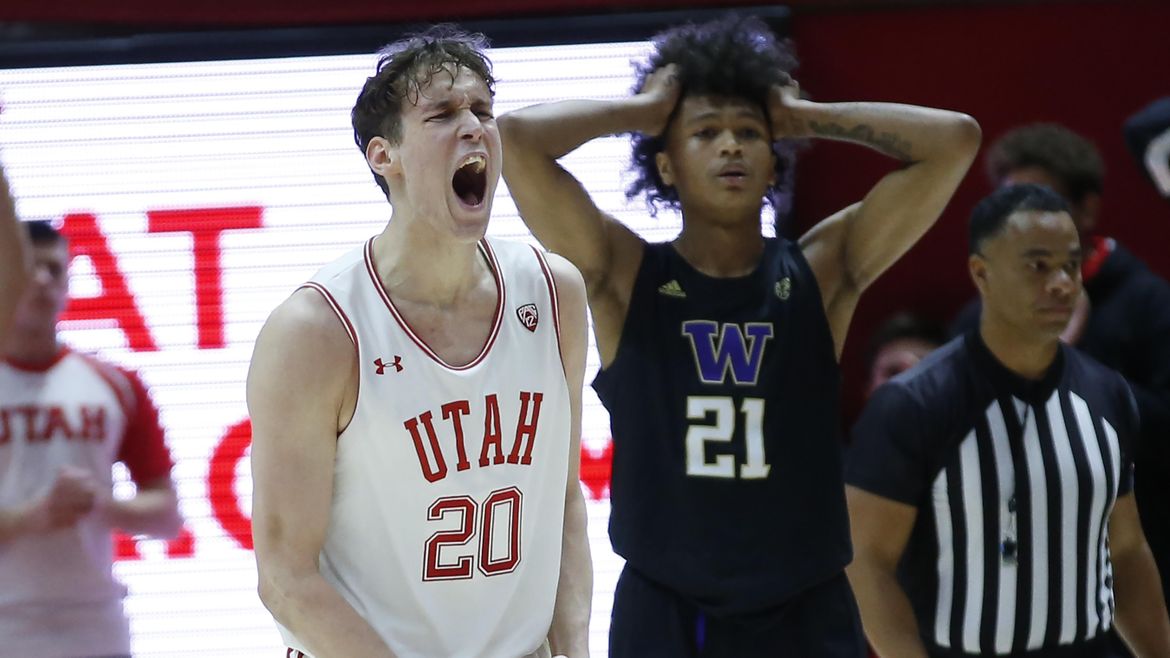 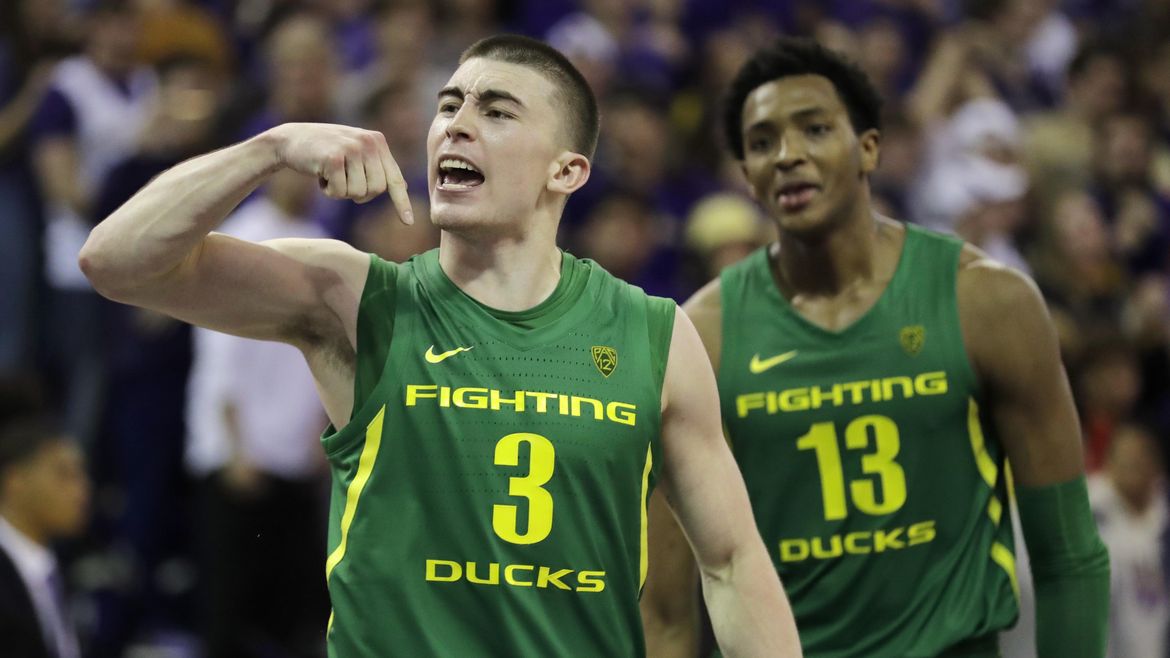 Payton Pritchard’s late 3 lifts No. 8 Oregon past Washington in OT

Payton Pritchard hit his sixth 3-pointer of the game with 3.4 seconds left in overtime and No. 8 Oregon rallied from a 16-point second-half deficit to stun Washington 64-61. 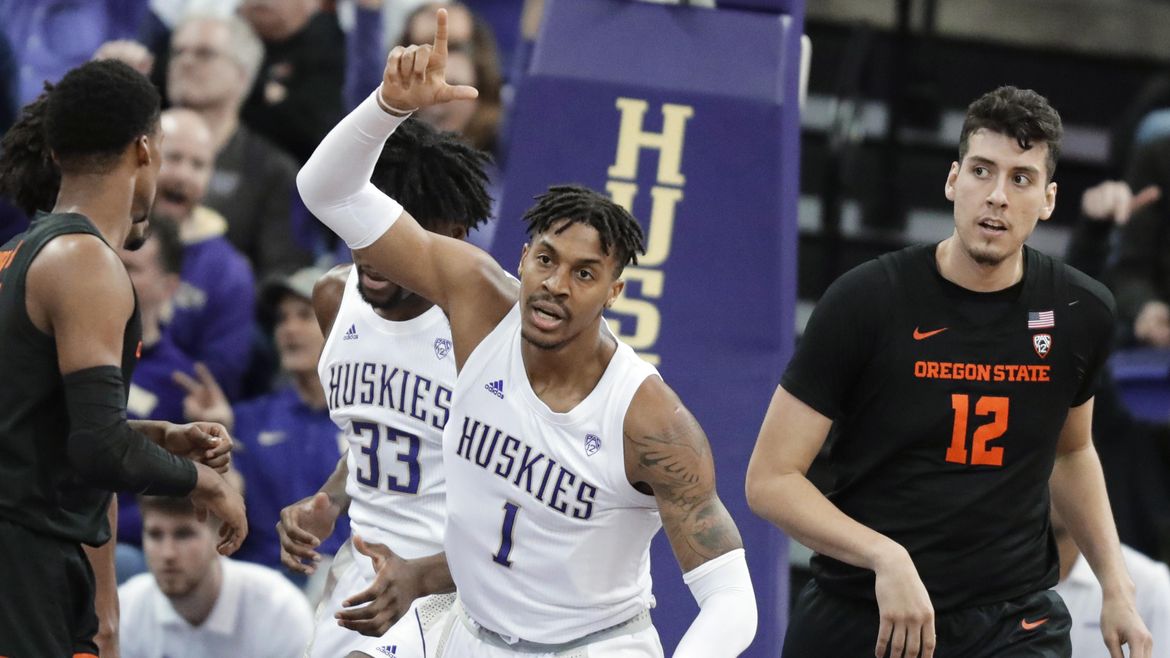 Isaiah Stewart scored 11 of his 13 points in the second half, RaeQuan Battle scored 11 first-half points in the first start of his career, and Washington beat Oregon State … 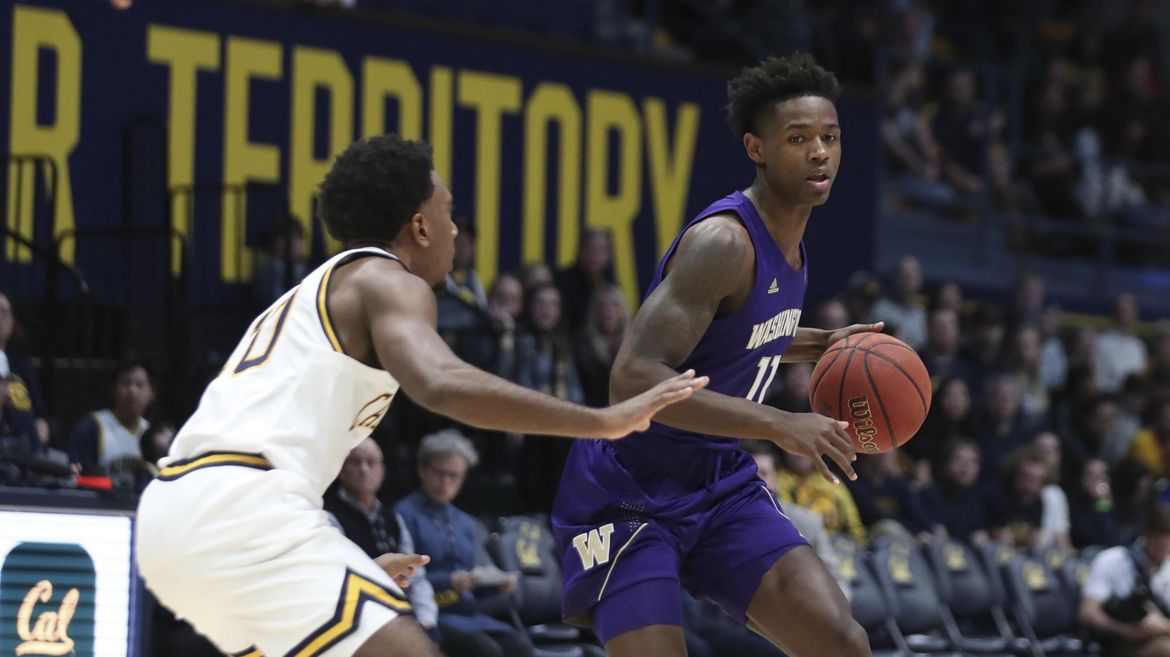 Coach Mike Hopkins didn’t mince words during a postgame interview when he laid out the plan for the Huskies going forward. If the defending Pac-12 regular-season champions are going to … 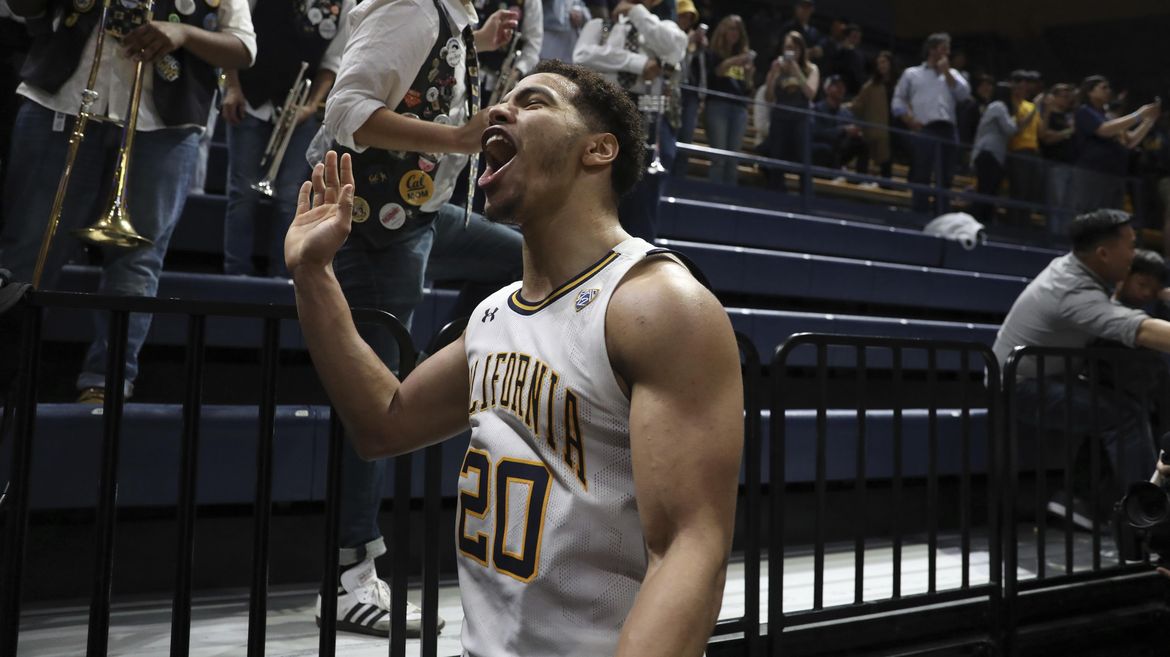 Matt Bradley banks in game-winner to lift California past Washington

Matt Bradley banked in a 3-pointer with 6 seconds remaining in overtime, lifting California to a 61-58 win over Washington on Saturday night. 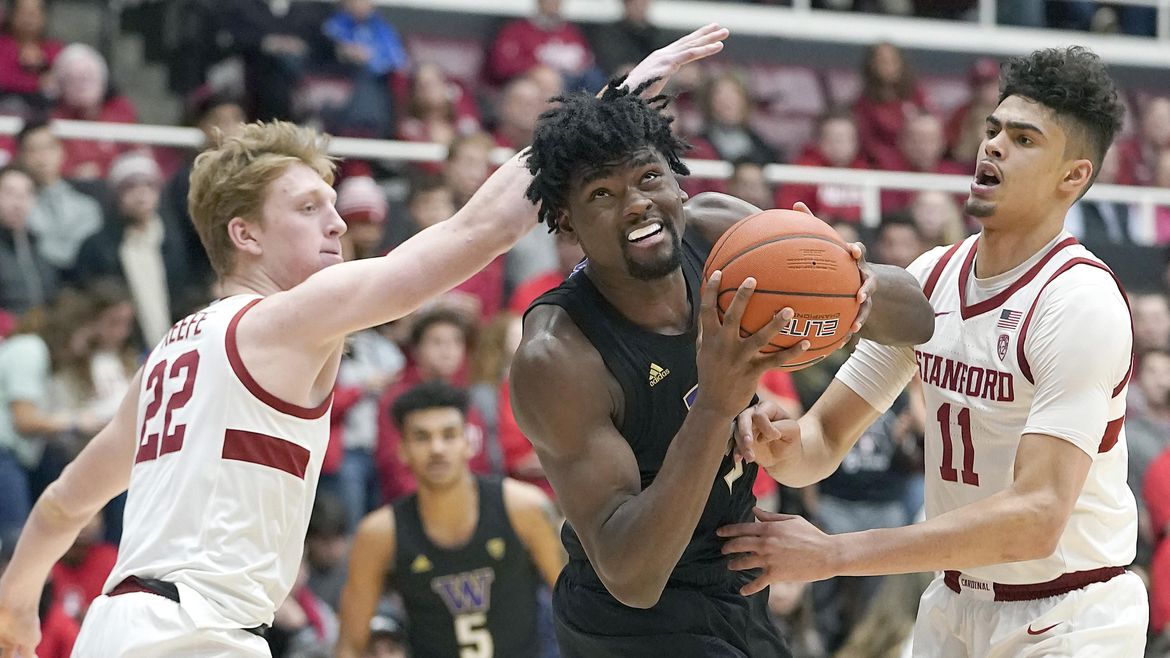 Is Washington finished without Quade Green? And what happened to Isaiah Stewart?

The Huskies lost more than a basketball game Thursday night. 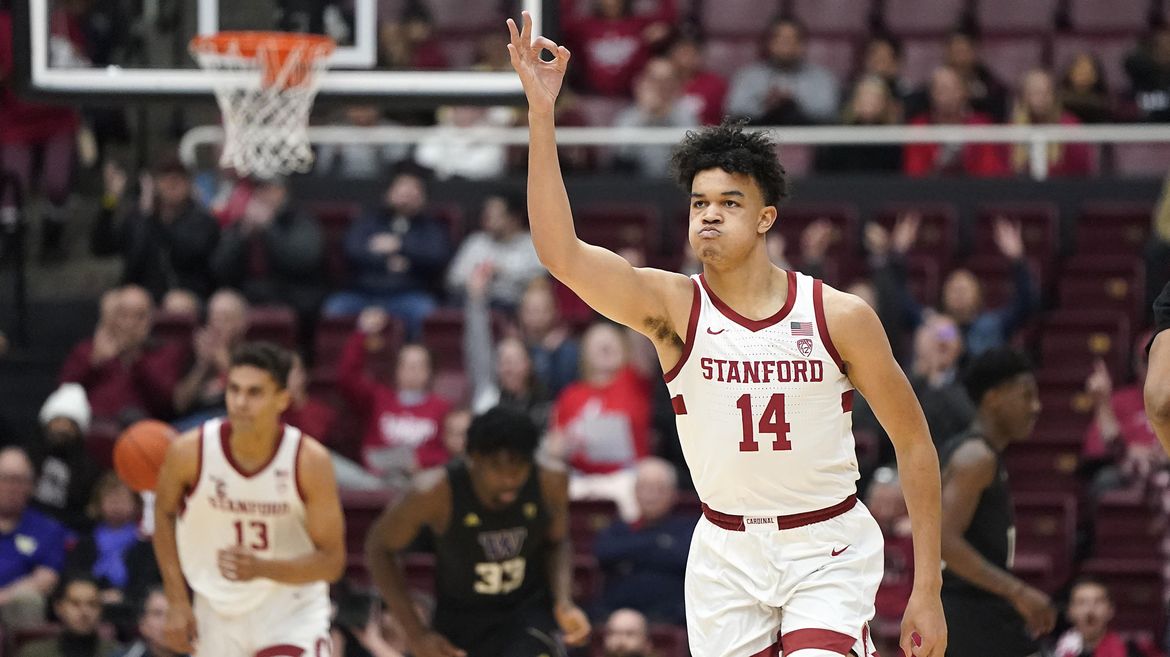 Tyrell Terry hit a go-ahead 3-pointer with under two minutes to play and Stanford overcame a 12-point deficit to stun Washington 61-55 on Thursday night. 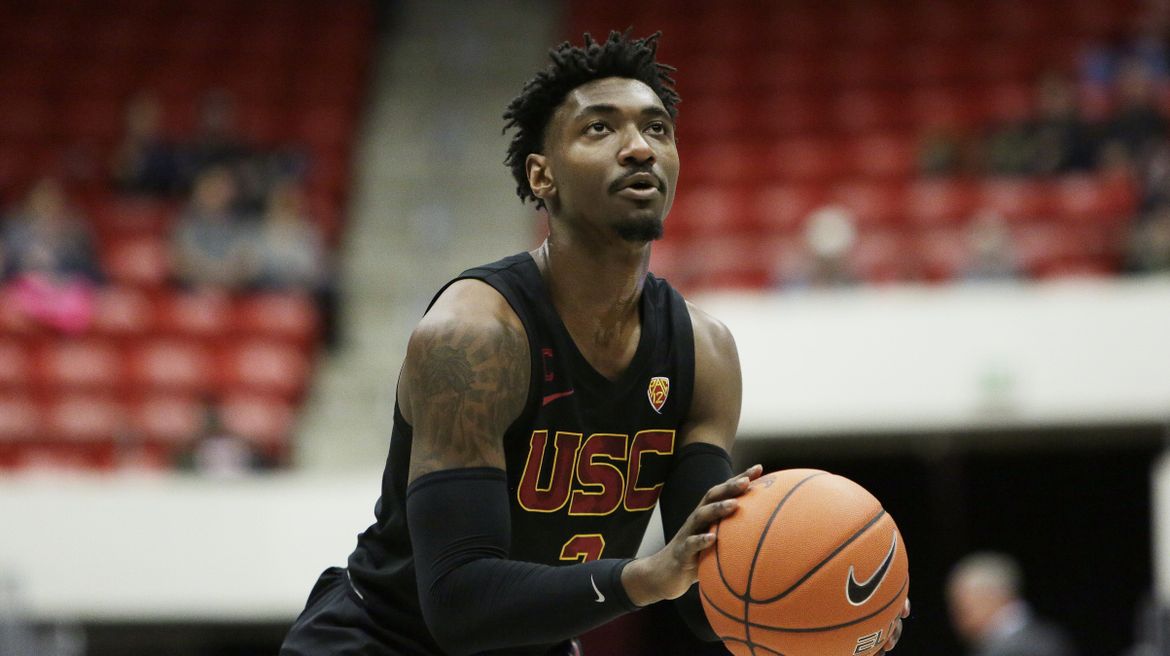 USC looks to complete Washington sweep with win against Huskies

Pac-12 foes meet as Southern California squares off against Washington. 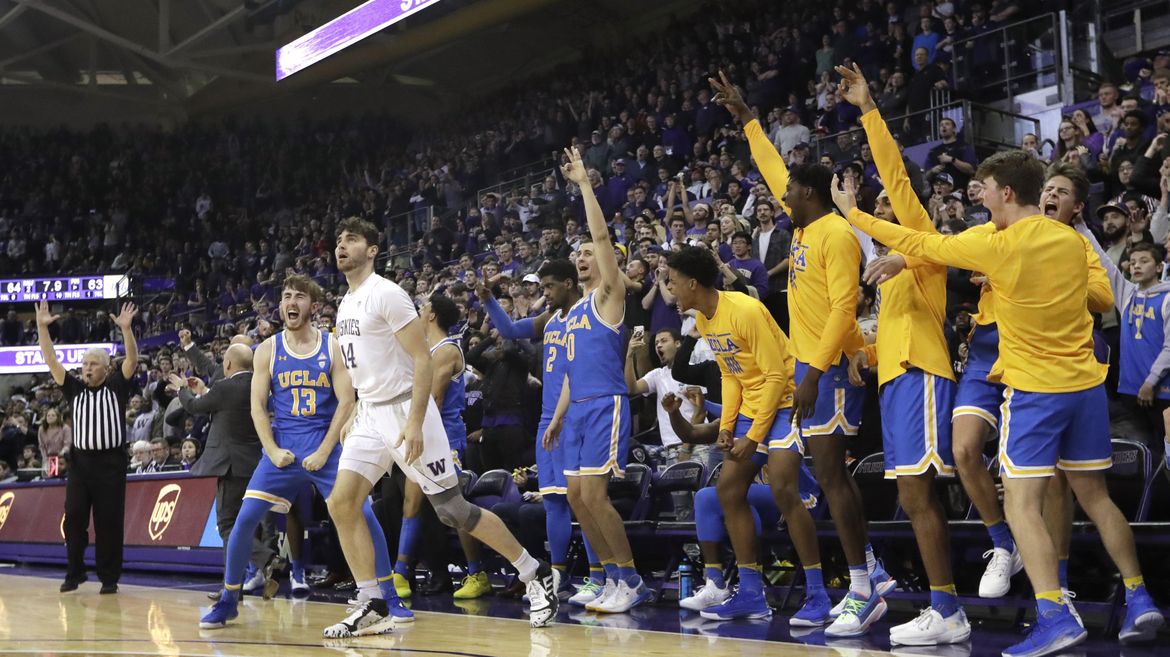 Jake Kyman hit seven 3-pointers and scored a career-high 21 points off the bench, the last coming with eight seconds left to give UCLA a 66-64 win over Washington on … 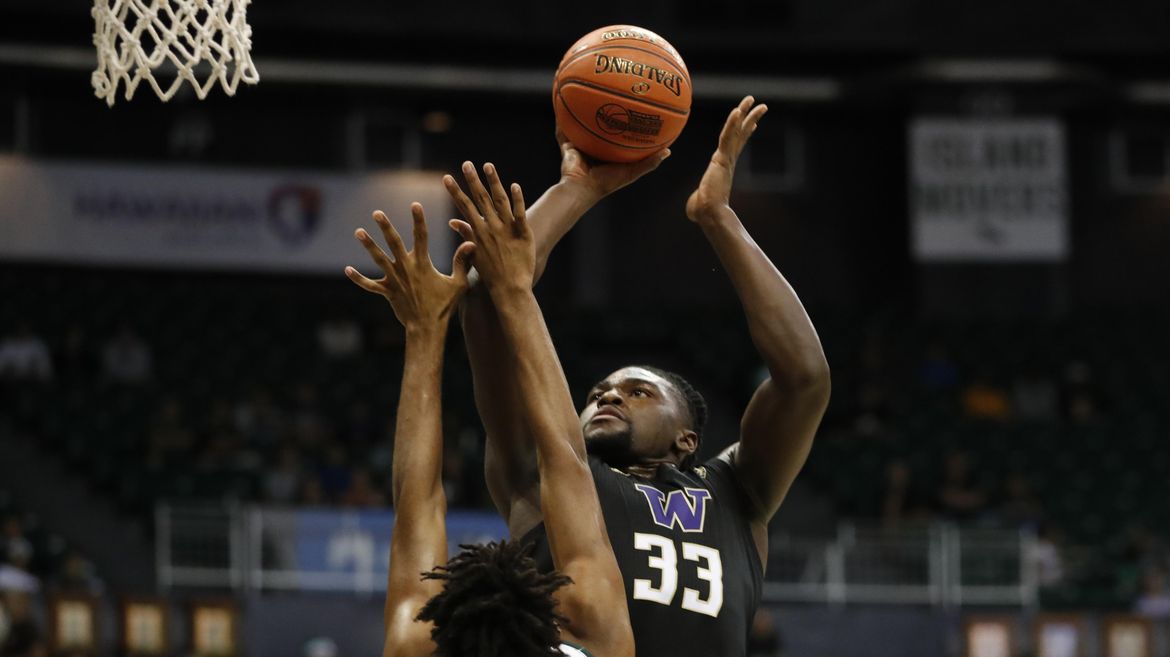 Isaiah Stewart is ascending. Ridiculously so, in fact. 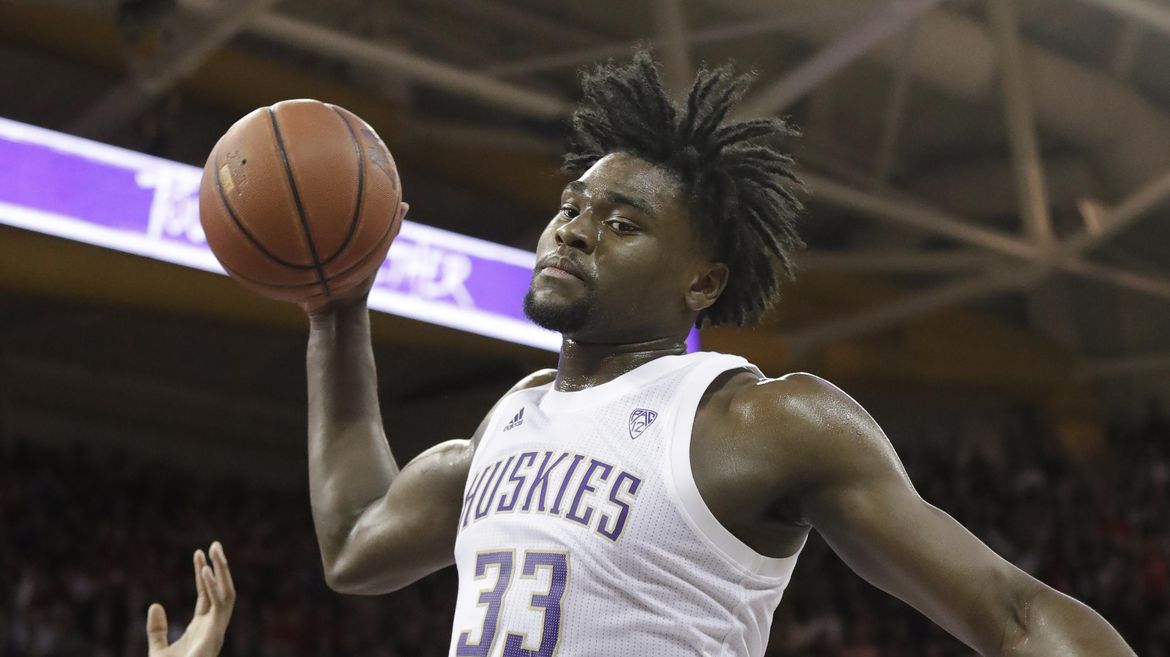 The Huskies used a 29-9 run in the final eight minutes to close the game for an 81-59 victory. Isaiah Stewart led the Huskies with a career-high 27 points and … 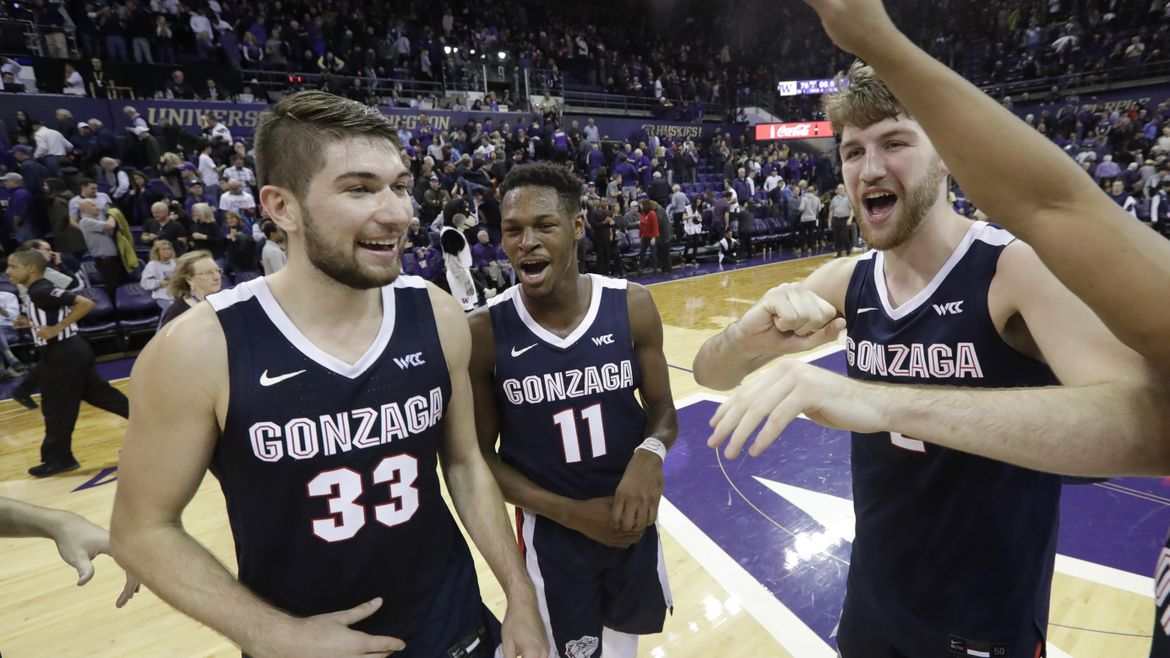 Tillie’s 29-footer, which he basically made look routine, triggered a series of clutch plays by No. 9 Gonzaga in the final 3 minutes that carried the Zags past No. 22 … 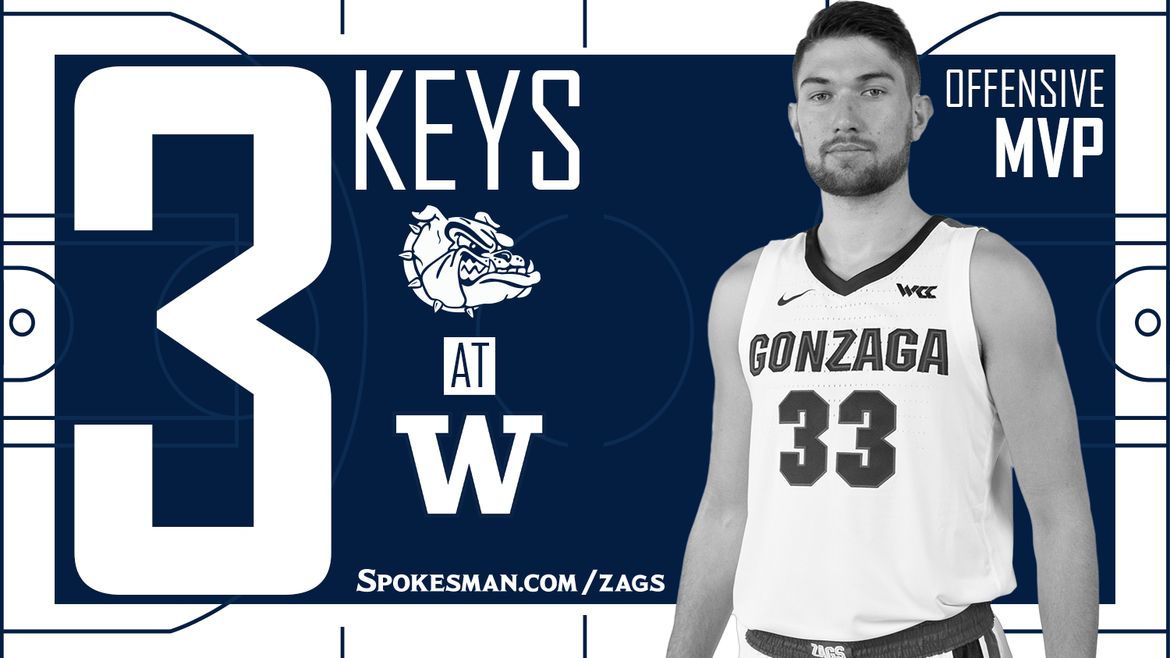 Gonzaga-Washington: 3 keys to the Bulldogs’ 83-76 victory over the Huskies 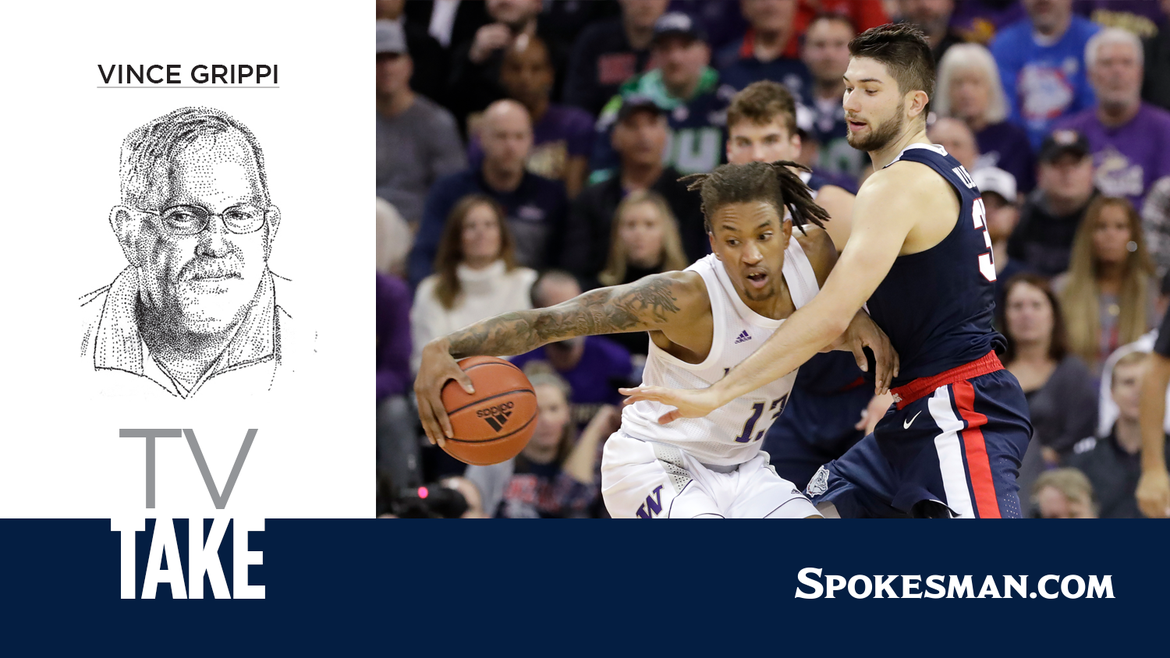 It was obvious Sunday that the Gonzaga Bulldogs had a point – or points – to make in their 83-76 victory over host Washington, the Zags’ sixth consecutive win over … 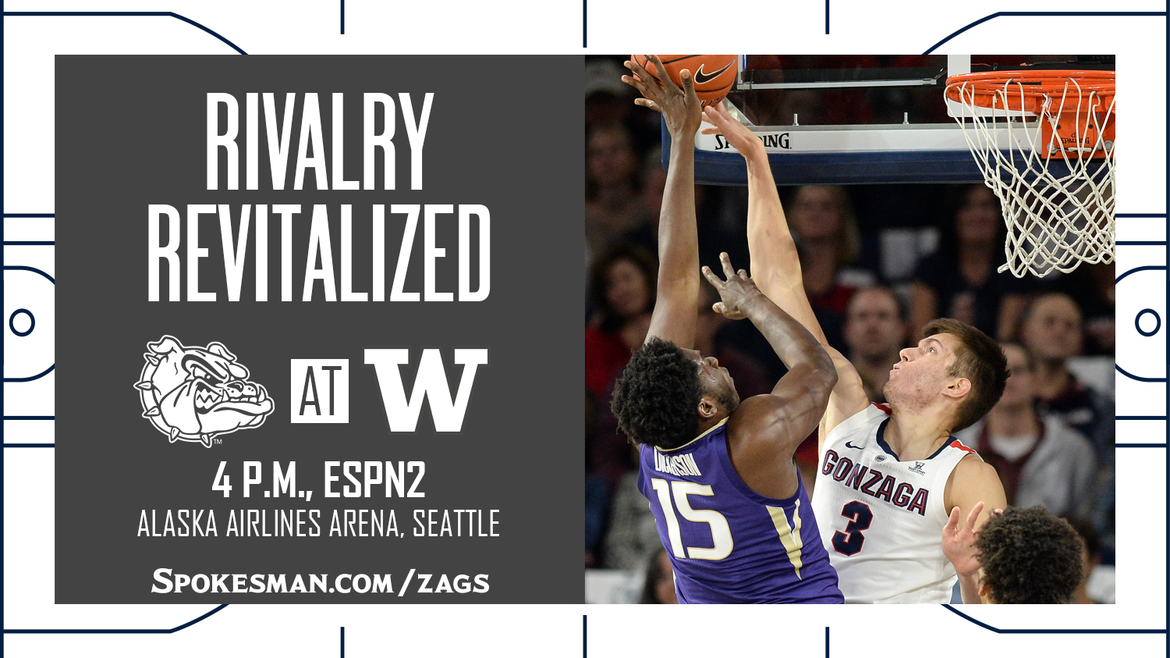 No. 9 Gonzaga begins run of Top 25 tests at No. 22 Washington in revitalized rivalry

But a one-sided rivalry – GU has won five straight and 12 of the past 13 – was anything but one-sided on the floor. Another memorable matchup seems inevitable when … 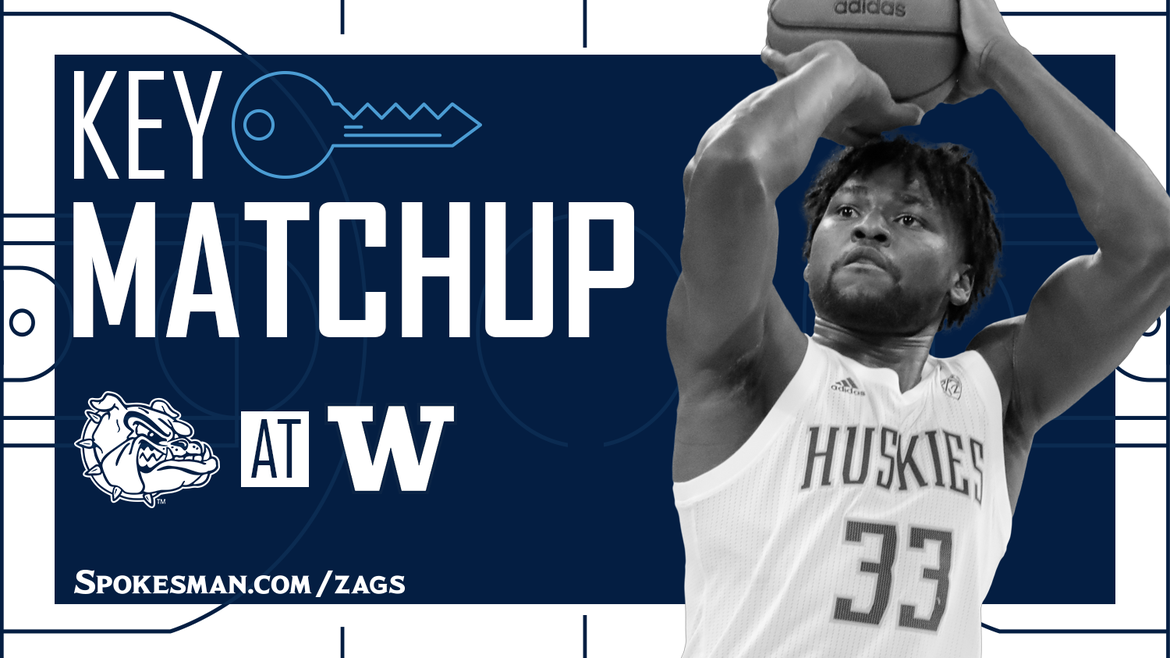 No shortage of quality matchups in this one, but we’re going with the big men in the middle: Washington freshman Isaiah Stewart and Gonzaga sophomore Filip Petrusev. It isn’t necessarily …