Less than 24 hours earlier, Mariners manager Scott Servais could only shake his head at the myriad line drives and deep flyouts that found their way into the gloves of … 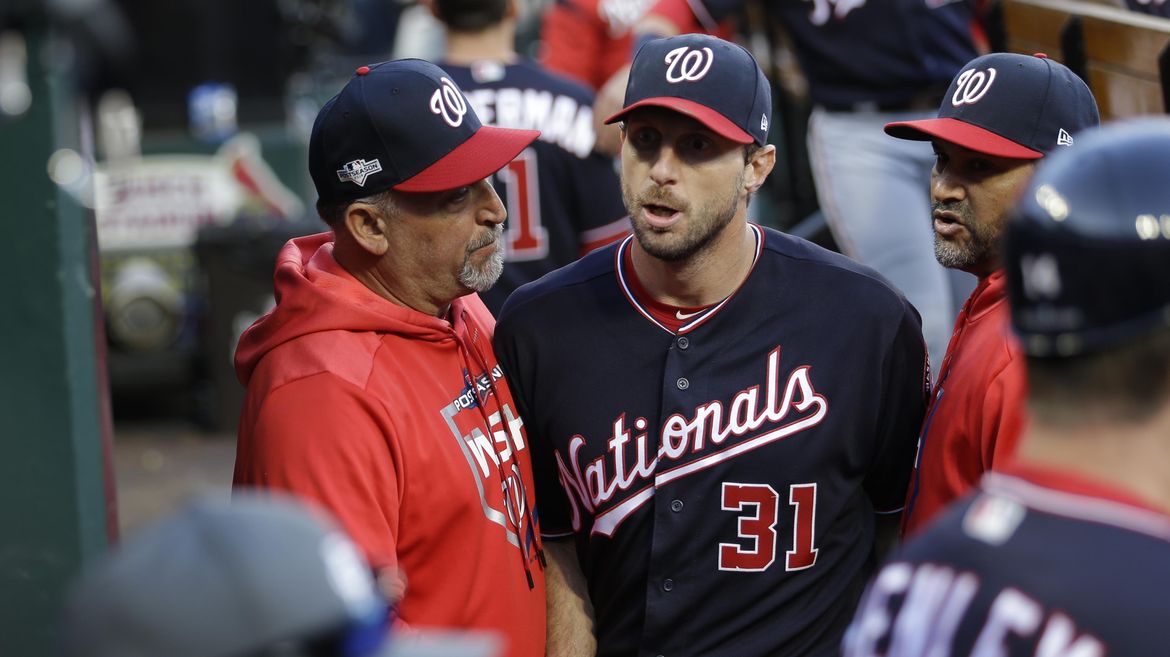 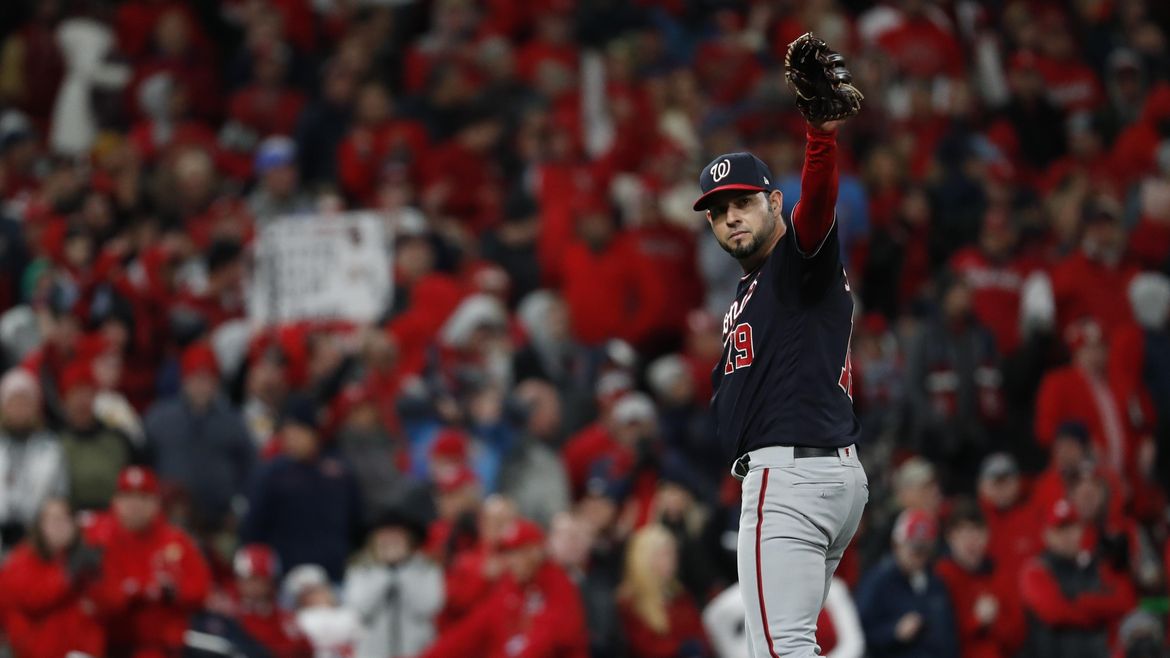 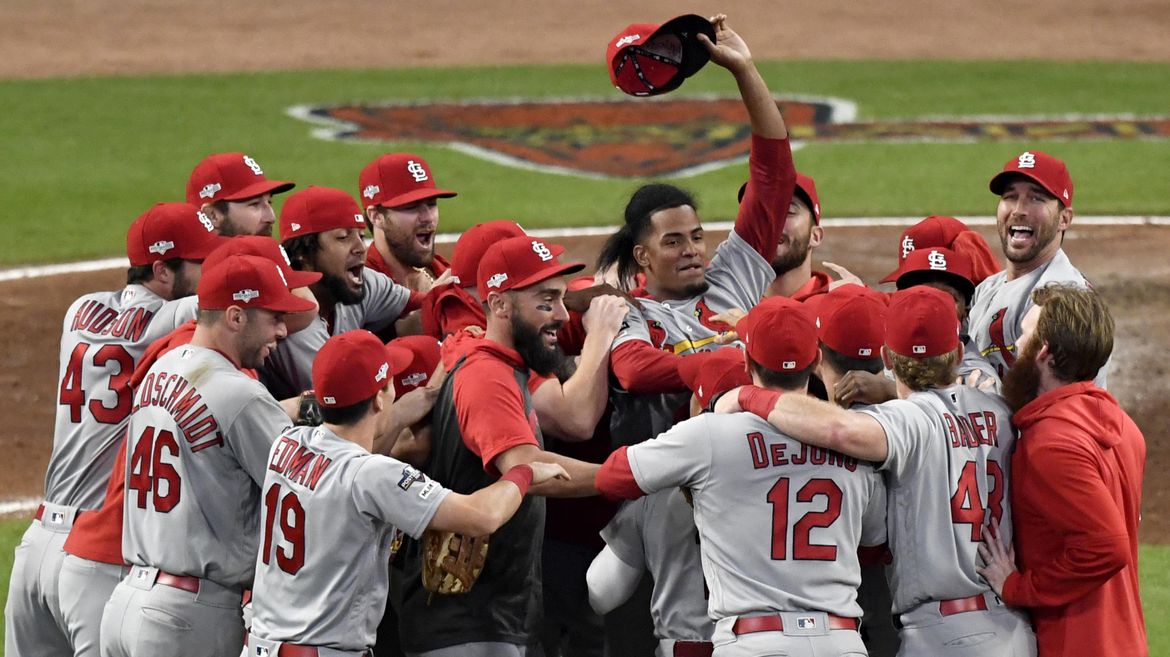 The St. Louis Cardinals scored 10 runs for the biggest first inning in postseason history and dealt the Atlanta Braves another playoff heartbreak with a 13-1 rout in decisive Game … 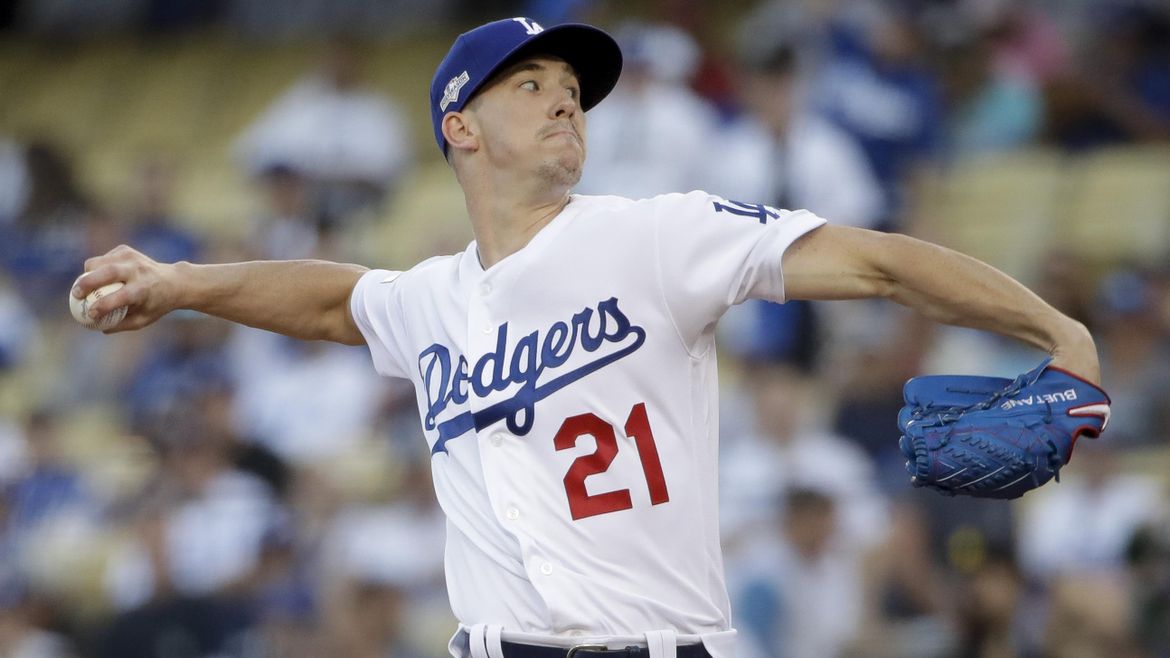 Walker Buehler allowed one hit over six scoreless innings, Max Muncy drove in three runs and the Los Angeles Dodgers capitalized on mistakes to beat the Washington Nationals 6-0 in … 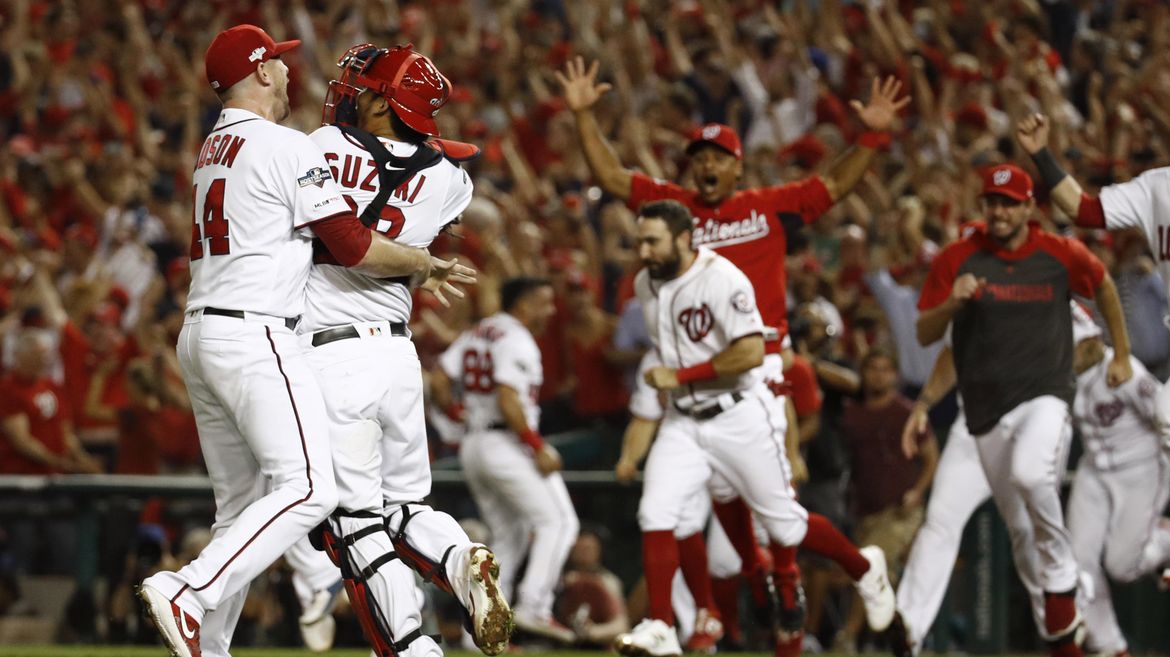 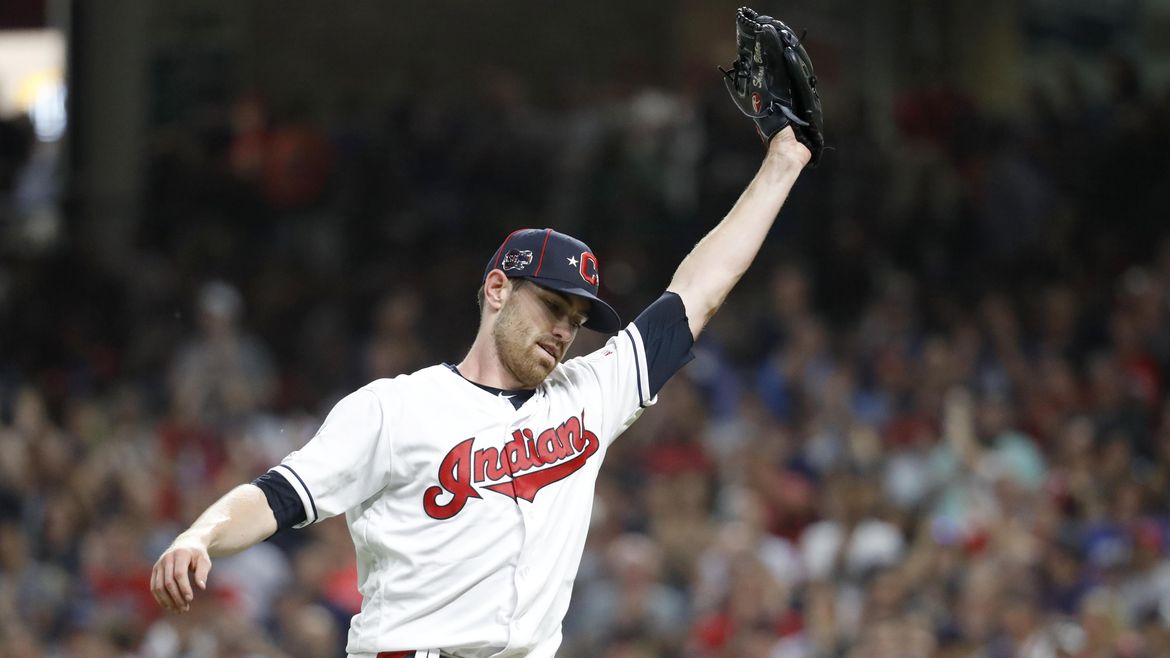 Justin Verlander, Shane Bieber and the American League pitchers plugged power back into the mound. 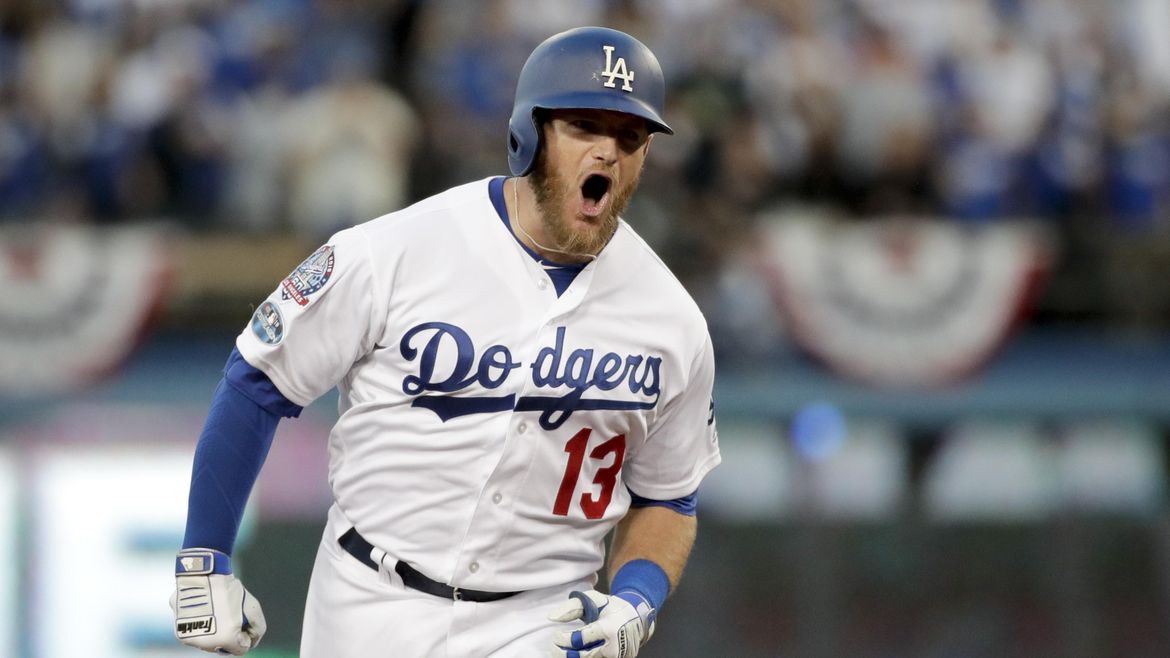 With all the high-priced talent on the Los Angeles Dodgers’ roster, Max Muncy had to find a way to stand out. He’s done it with his bat, coming from the … 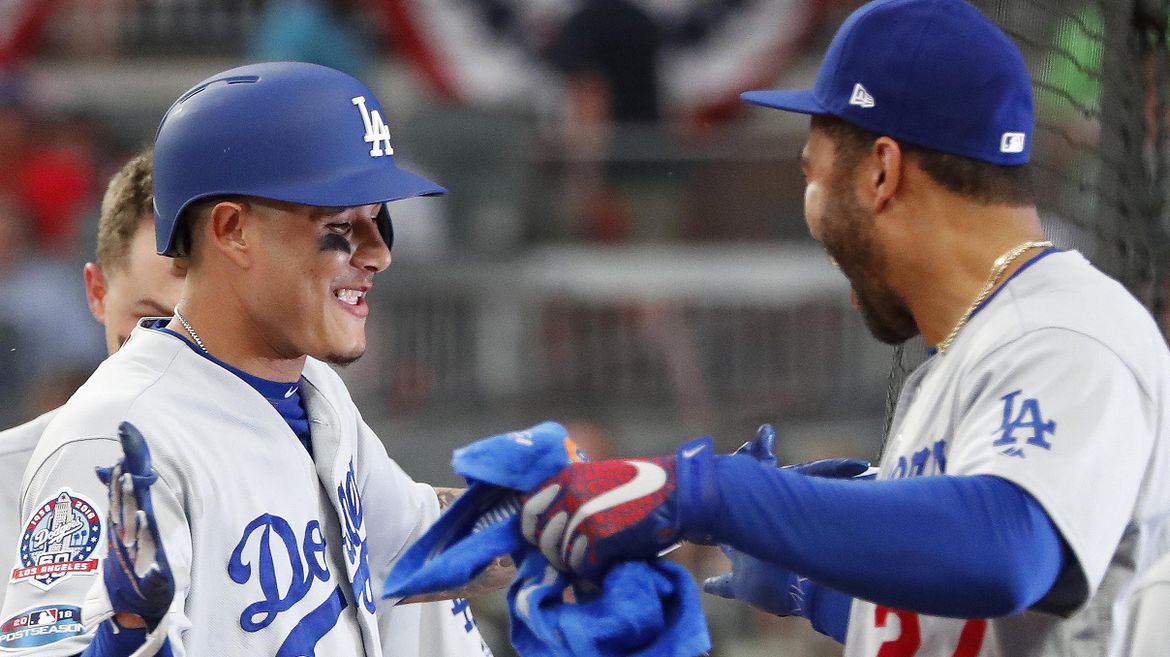 For Los Angeles Dodgers, trouble may be brewing in NLCS

The Los Angeles Dodgers’ celebration at Atlanta’s SunTrust Park on Monday was as much about checking off a box as it was what they had accomplished. They expected to advance … 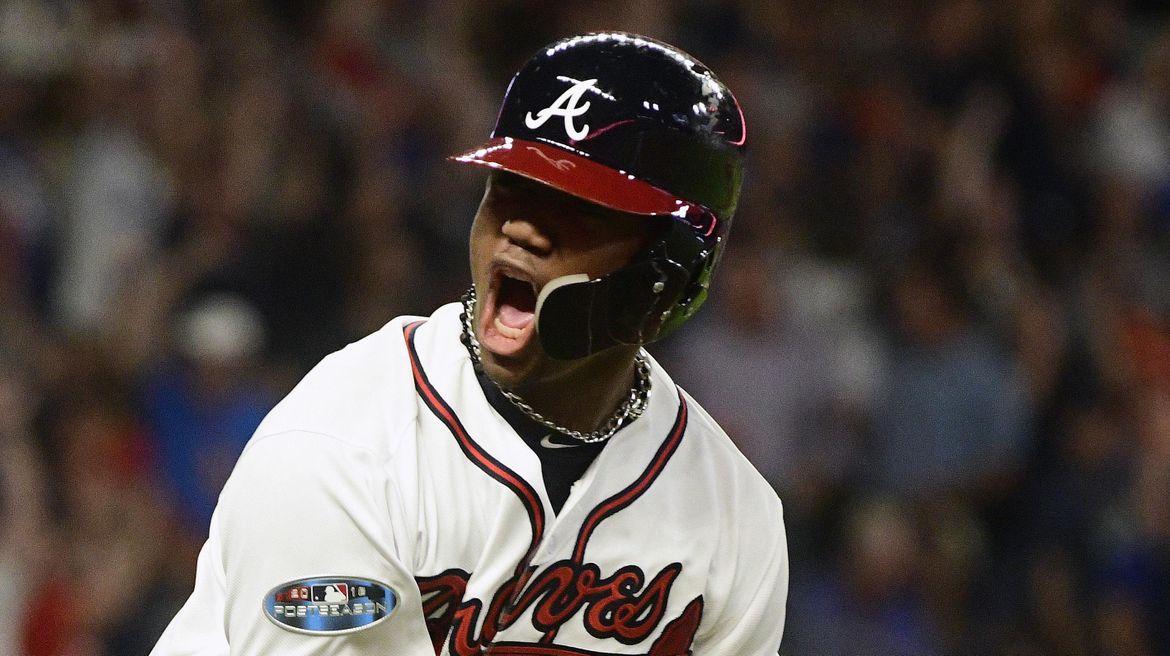 Reliever Arodys Vizcaino escaped his own jam in a nervy ninth inning and the Atlanta Braves held off the Los Angeles Dodgers 6-5 Sunday night, cutting their deficit in the … 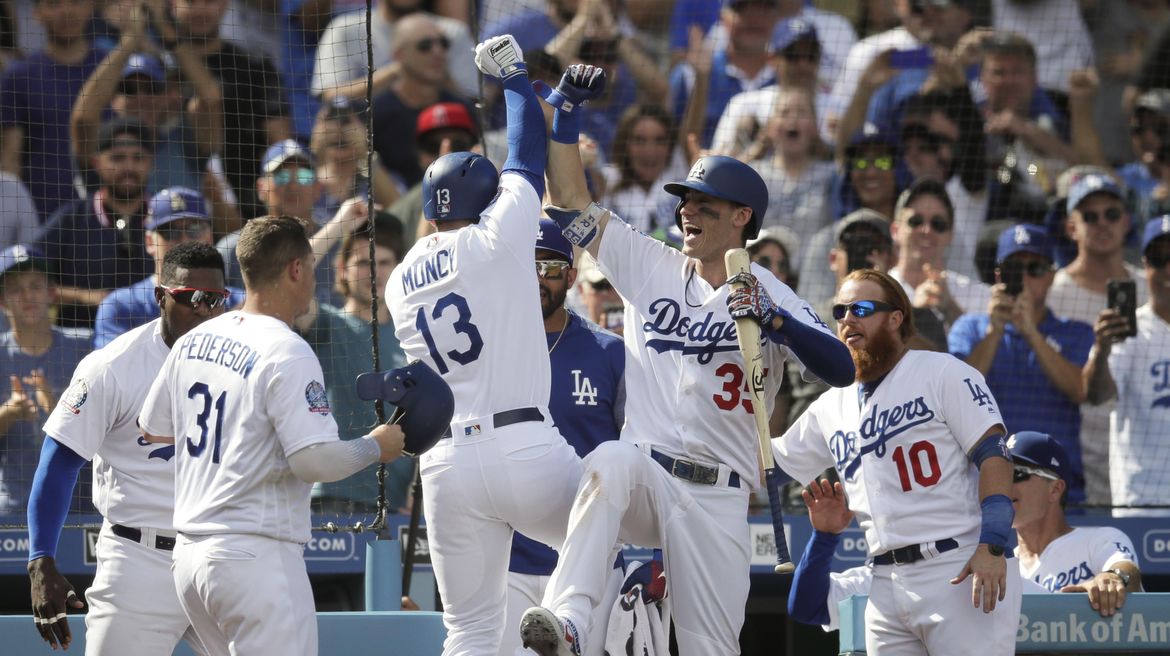 What a day for Walker Buehler. The rookie with the preternatural calm pitched the Los Angeles Dodgers to a record sixth consecutive National League West title. Buehler tossed one-hit ball … 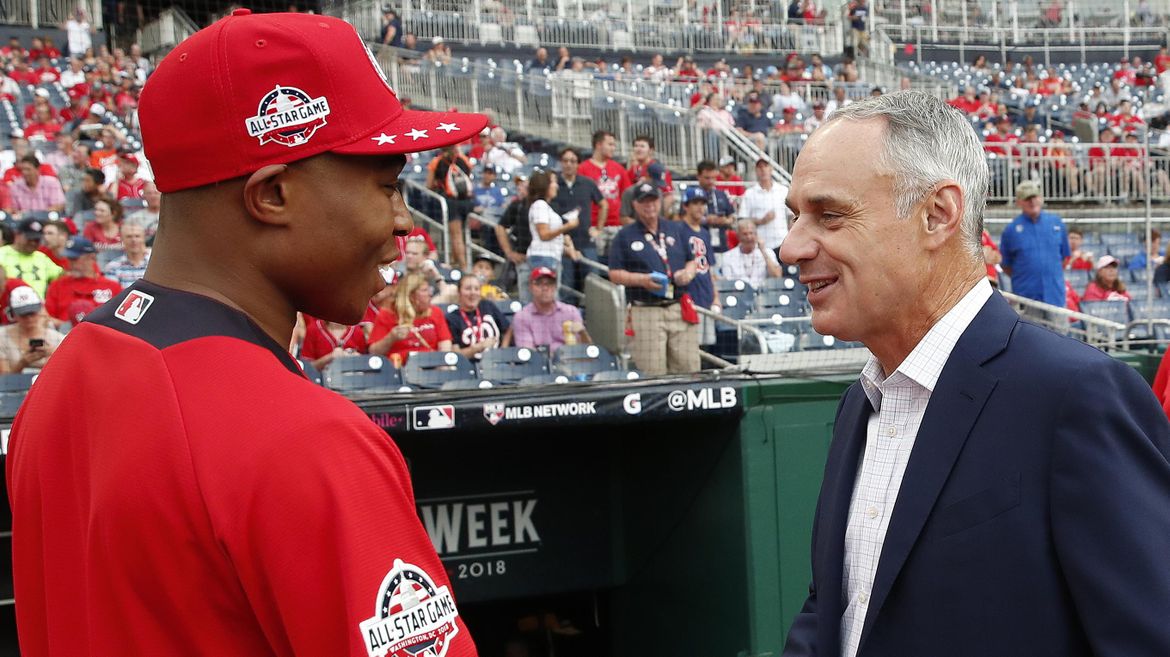 Major League Baseball wants a broad discussion with players about rule changes to combat decreased offense and longer games. That initiative is likely to be met by a testy union … 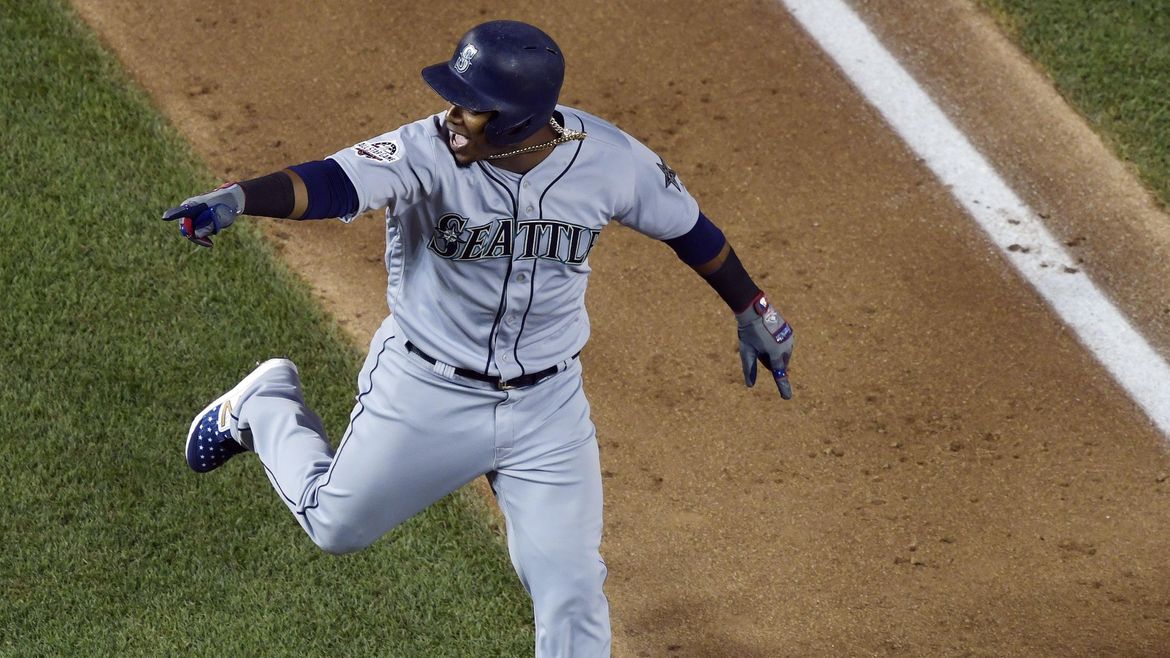 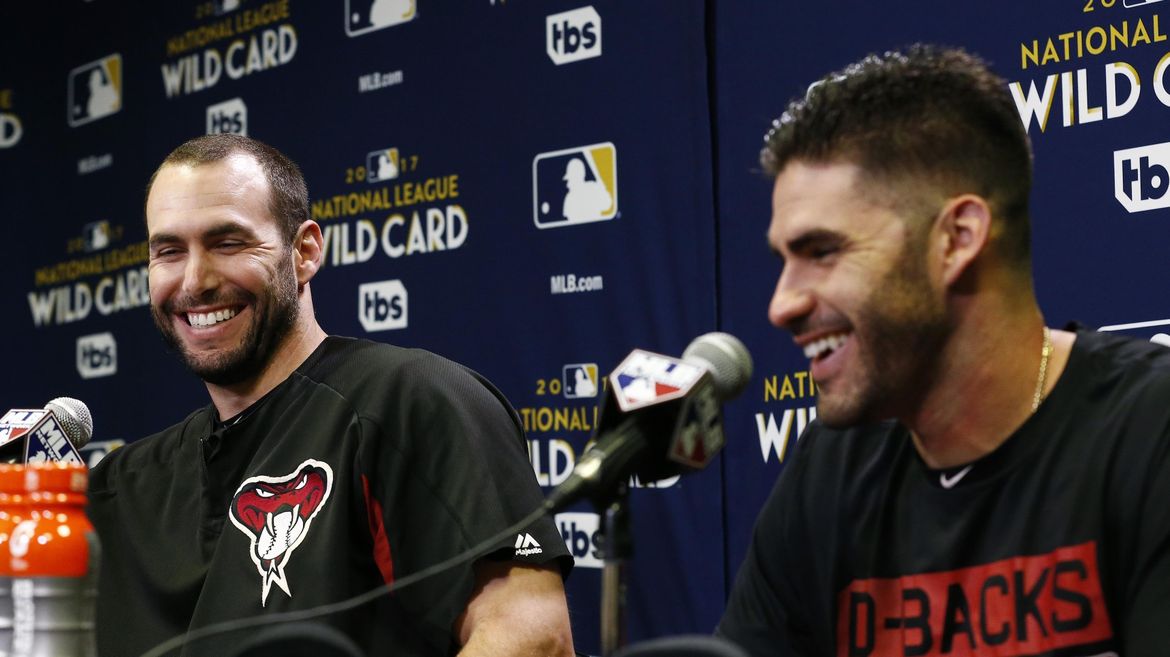 No secrets when Rockies, Diamondbacks square off

The Diamondbacks and Rockies share a spring training facility and played each other 19 times this season. They know each other very well. 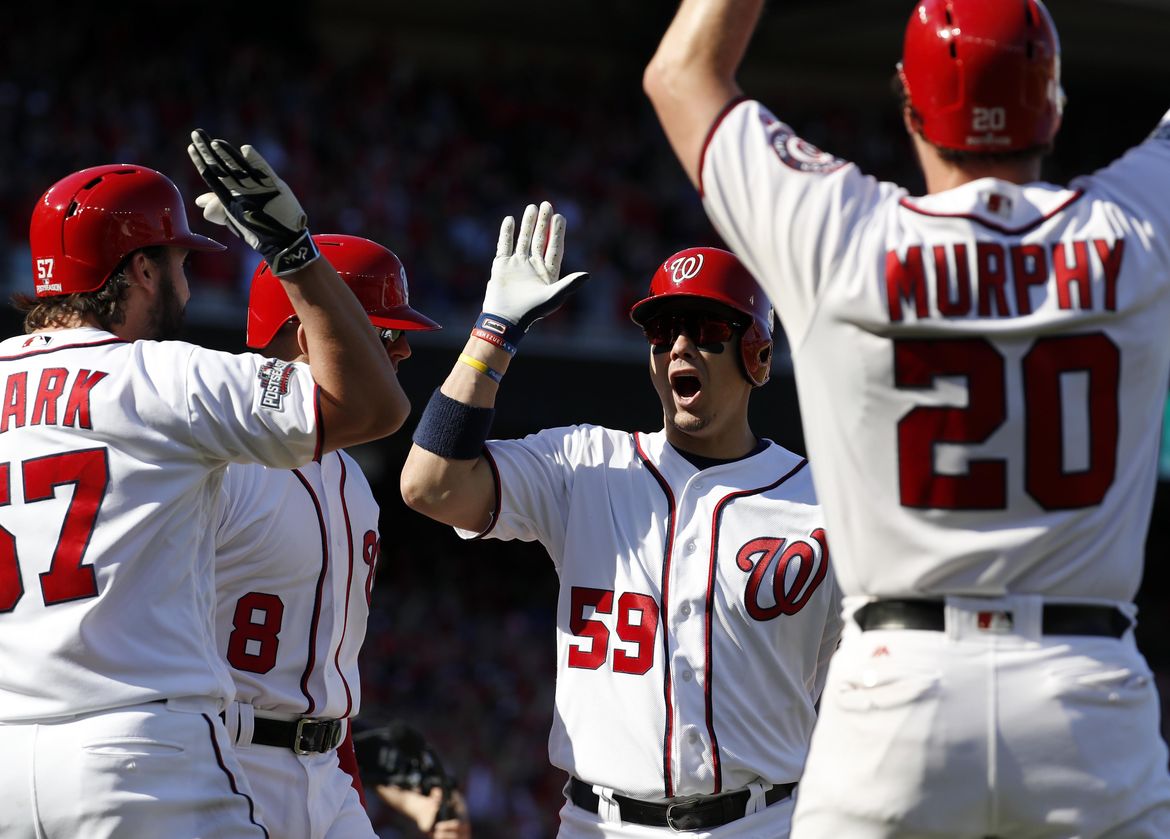 Leave it to little-used, light-hitting Jose Lobaton to change the complexion of the Washington Nationals’ N.L. Division Series with one big swing. 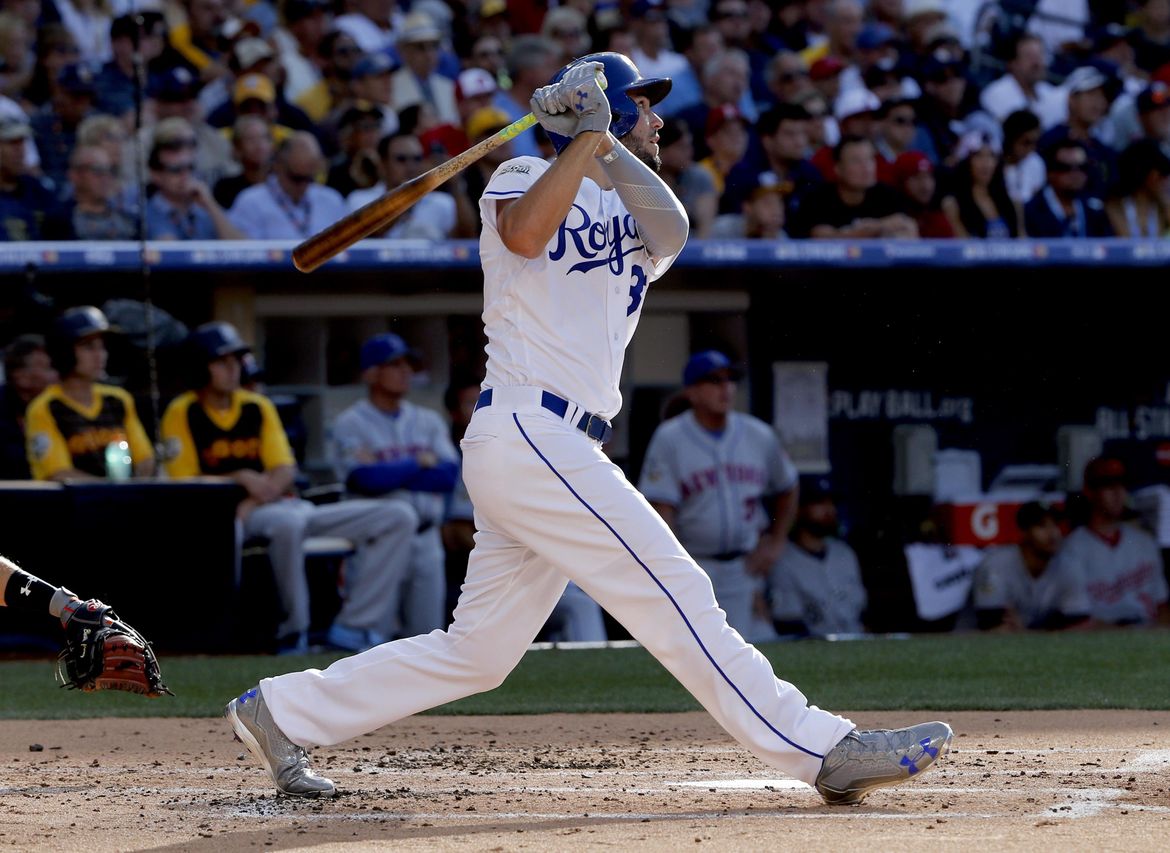 Eric Hosmer stood in the middle of the field, holding up a trophy. He hopes to do it again with the Kansas City Royals this fall.

Bryce Harper became the youngest unanimous MVP winner in baseball history, capturing the National League award during a season in which his Washington Nationals missed the playoffs. 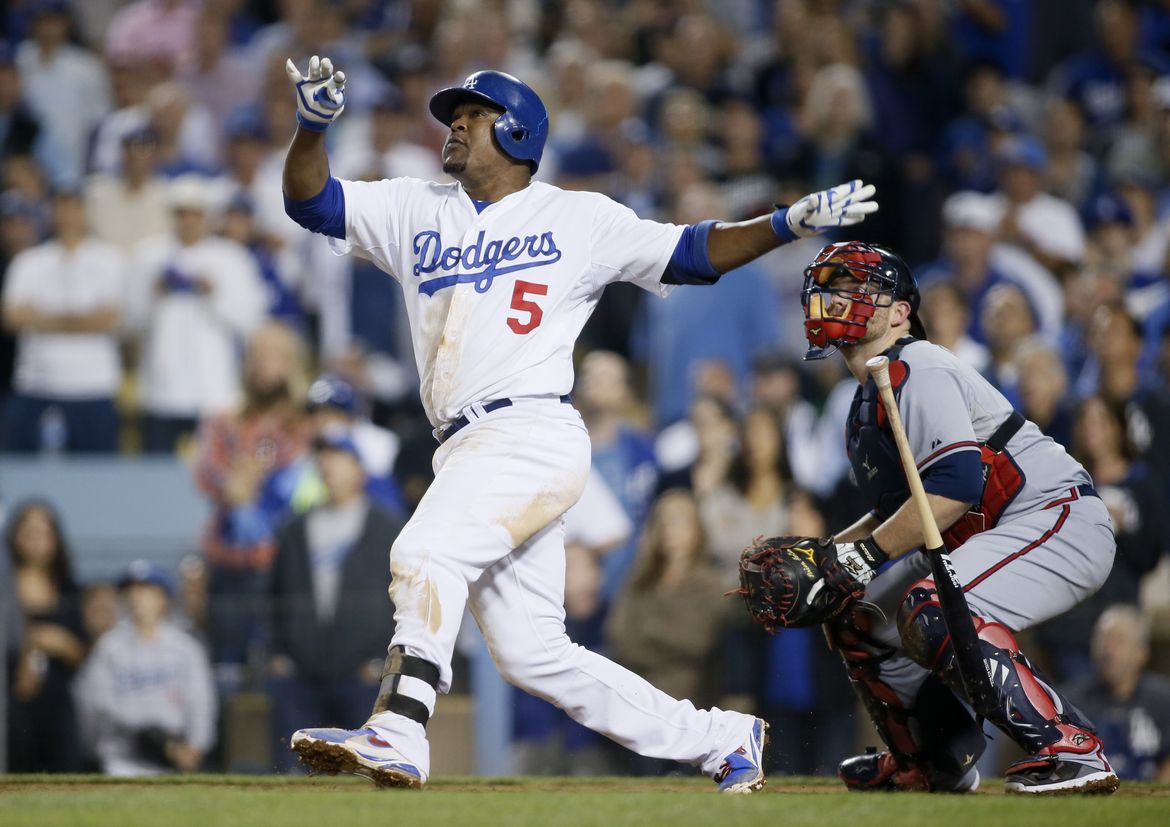 LOS ANGELES – Juan Uribe hit a go-ahead, two-run homer in the eighth inning after Clayton Kershaw started on short rest for the Dodgers in a 4-3 victory over the …

Juan Uribe hit a go-ahead, two-run homer in the eighth inning and the Los Angeles Dodgers beat the Atlanta Braves 4-3 to advance to the NLCS for the first time … 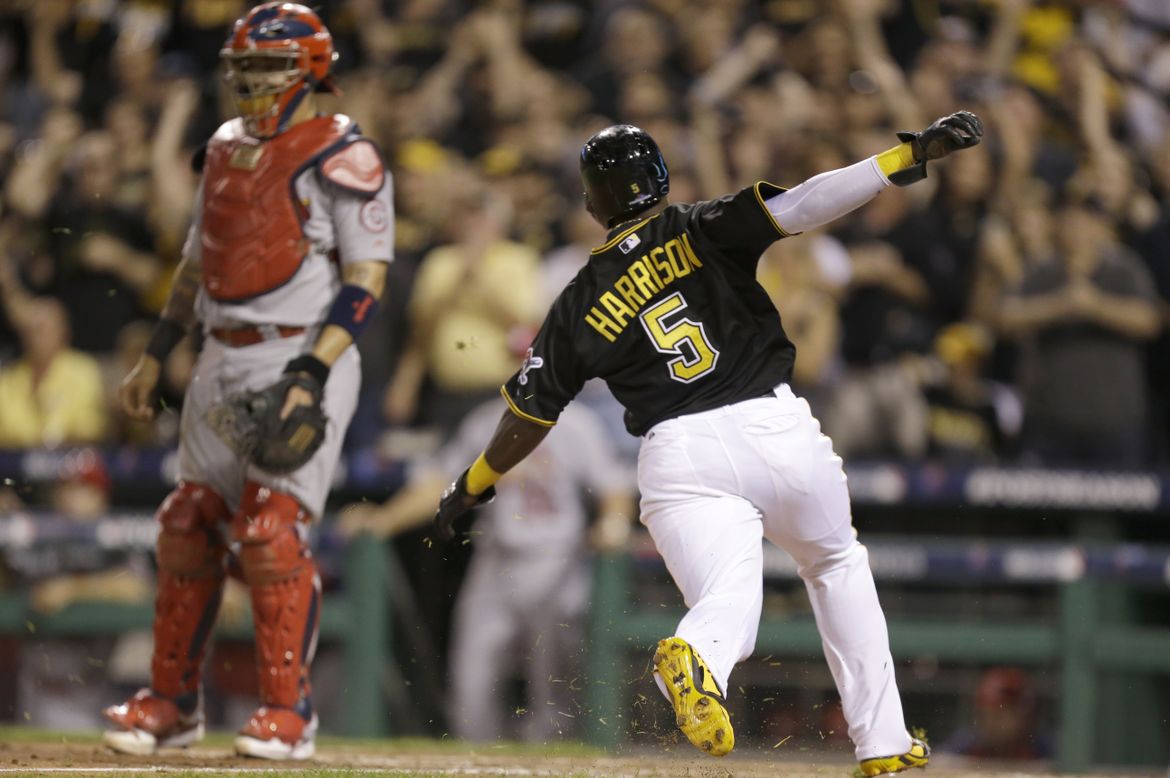 PITTSBURGH – Pedro Alvarez and the Pirates kept that Jolly Roger flapping high above Pittsburgh. Alvarez hit a tiebreaking single in the eighth inning and the Pirates beat the St. …

ST. LOUIS – Gerrit Cole and the Pittsburgh Pirates played a game of role reversal and pulled even with the St. Louis Cardinals. The hard-throwing rookie gave up two hits … 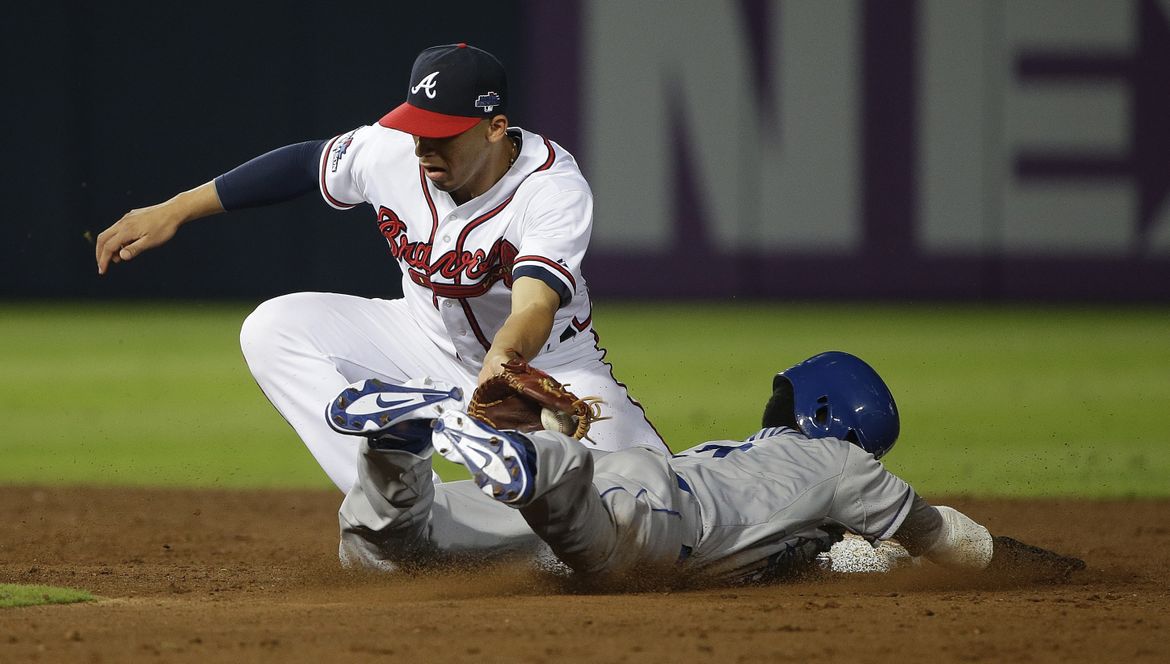 Braves hold off Dodgers to even series at 1-1

ST. LOUIS – Clint Hurdle waited patiently for the double-play ball that never materialized. When the Pittsburgh Pirates’ manager finally made his slow walk to the mound to take the … 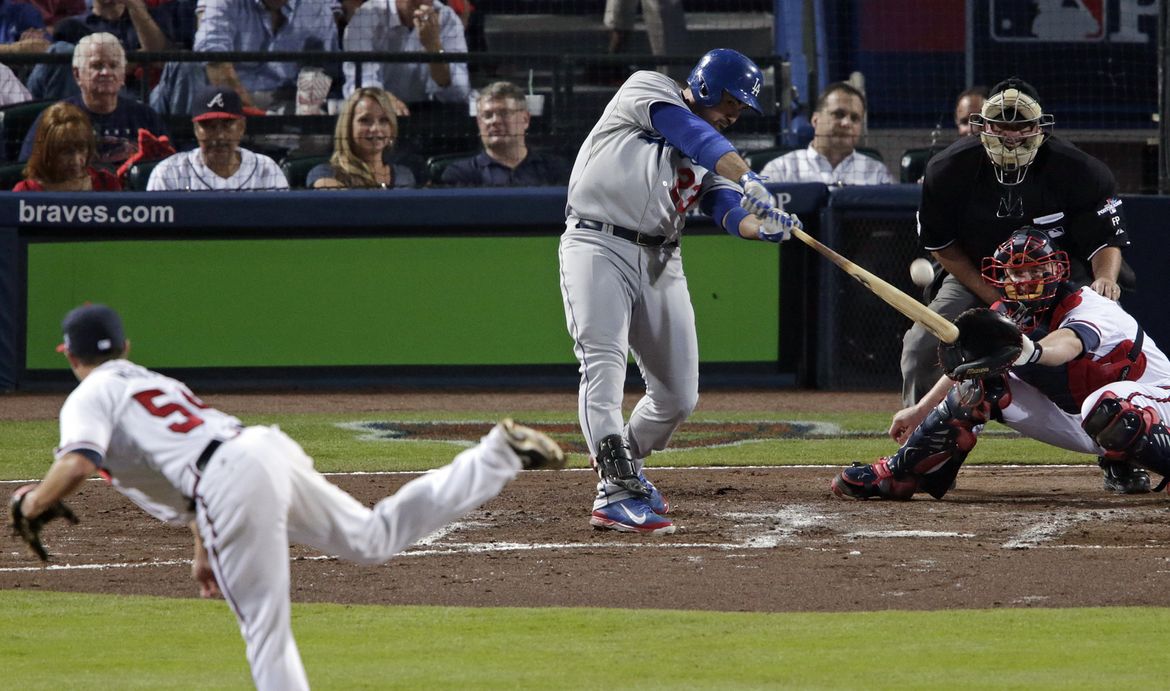 ATLANTA – Clayton Kershaw and the Los Angeles Dodgers opened the playoffs looking intent on ending that quarter-century drought since their last World Series championship. For the Atlanta Braves, another … 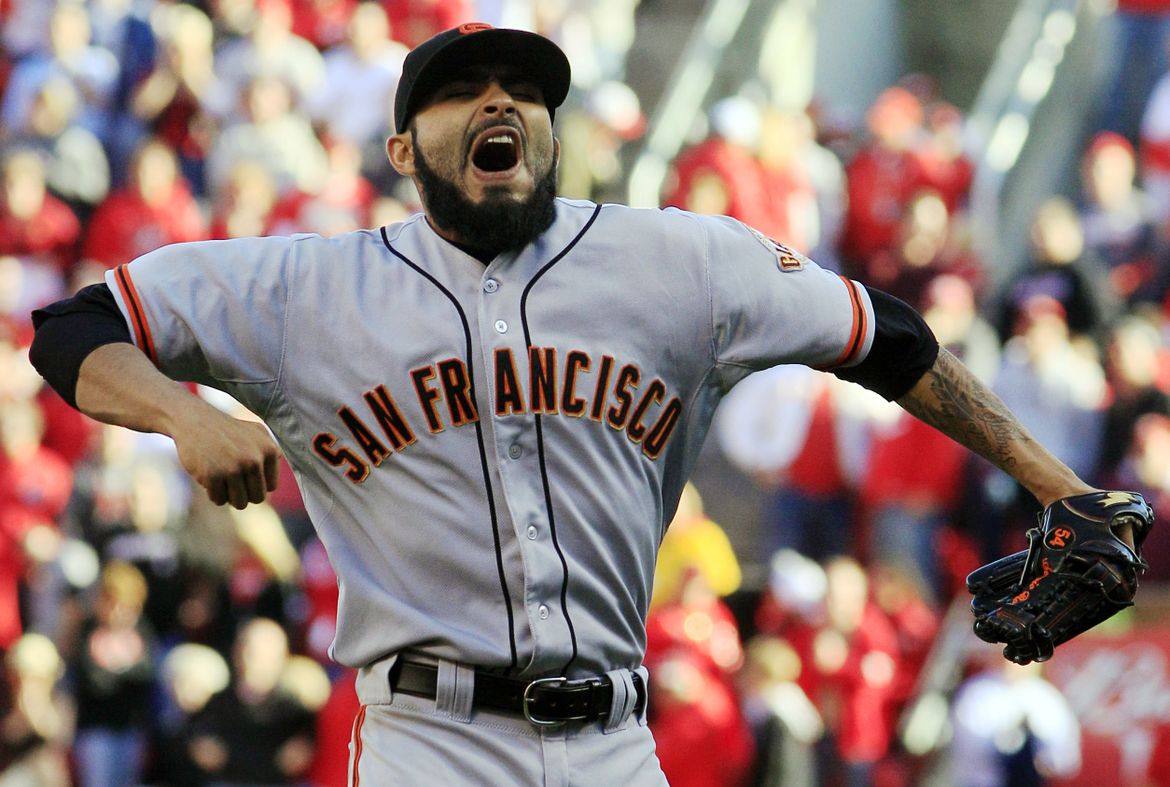 CINCINNATI – Not just any comeback would get San Francisco back to playing for a pennant. It would take one of Giant proportions. Buster Posey believed it could happen. Even … 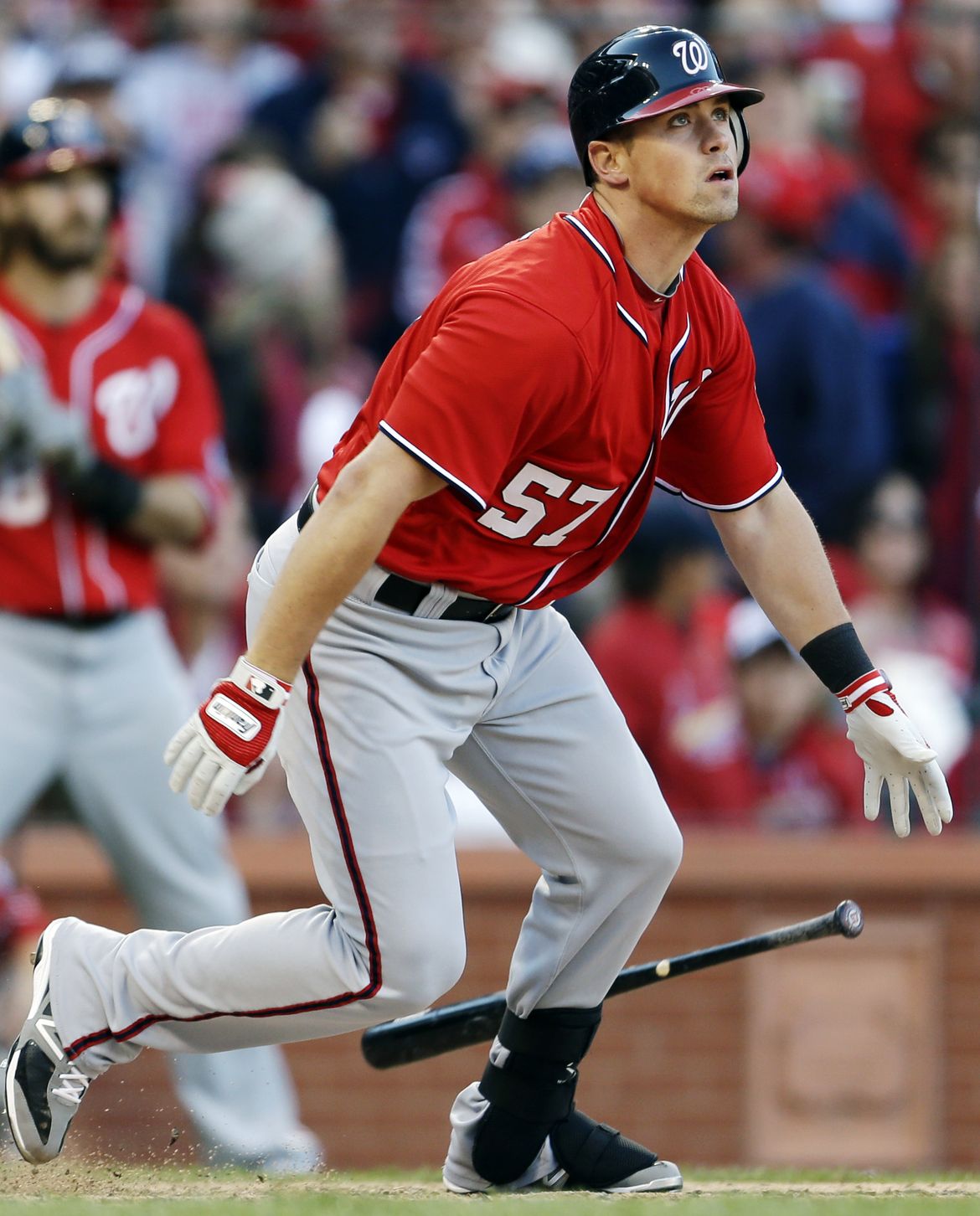 Rookies in the postseason, the Washington Nationals played like poised veterans. The Nationals escaped a bases-loaded jam in the seventh inning, Tyler Moore blooped a two-out, two-run single in the …