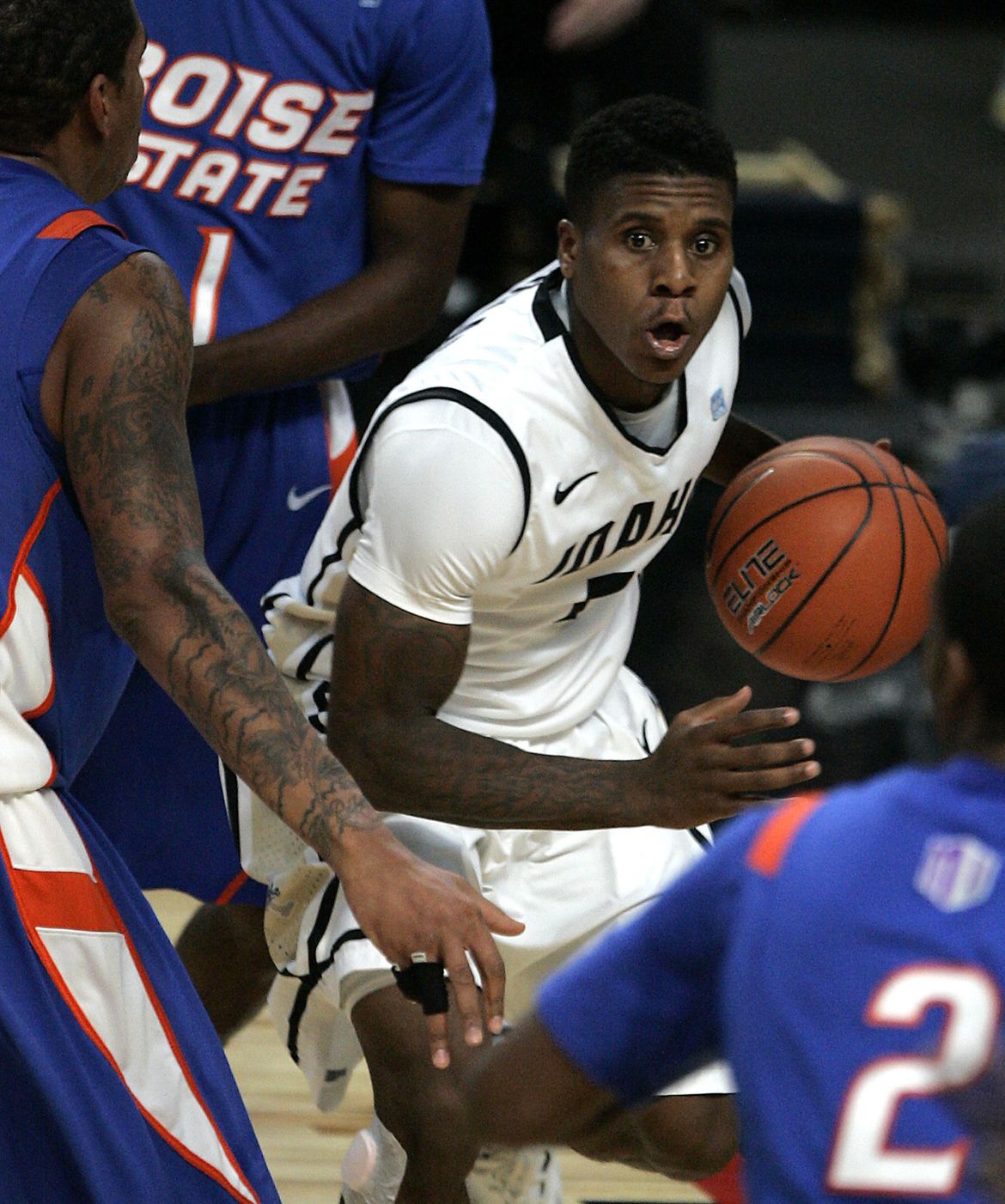 BOISE – With its basketball program scheduled to move into its third different conference in four years next season, Boise State has found itself short on natural rivals. That’s why …

MOSCOW, Idaho – Idaho has played so poorly coming out of halftime this season that Don Verlin decided to try something new Saturday night in a 91-47 whitewashing of Walla …

UI rallies from 17 points down, beats EWU in OT

Stephen Madison scored 29 and Kyle Barone scored 20 to lead Idaho to an 81-79 overtime victory over Eastern Washington on Thursday night at Cheney.

MOSCOW, Idaho – Denzel Douglas is pretty sure he’ll never get an easier steal in his life. And as far as his first year at Idaho is concerned, he might …

MOSCOW, Idaho – The University of Idaho men’s basketball team held a 15-point lead and all the momentum, but it all turned quickly and Montana came back to beat the …

MOSCOW, Idaho –The bundle of turnovers in the first half, the missed free throws, the repeated defensive breakdowns – all these disturbed Idaho men’s basketball coach Don Verlin on Friday … 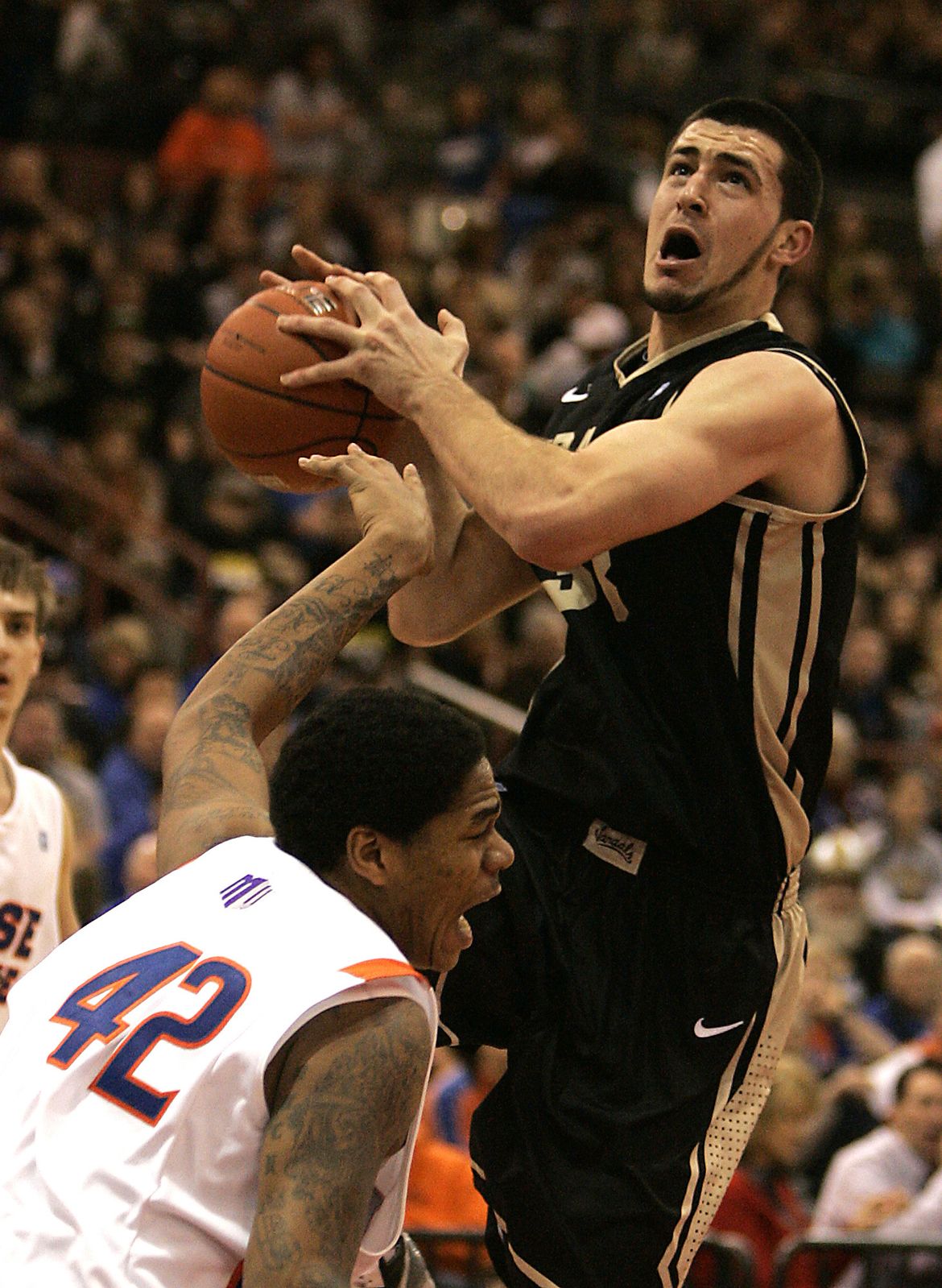 MOSCOW, Idaho – In four years, Don Verlin has shaped the Idaho men’s basketball program to his liking. The roster is fully his own. The four seniors on this year’s … 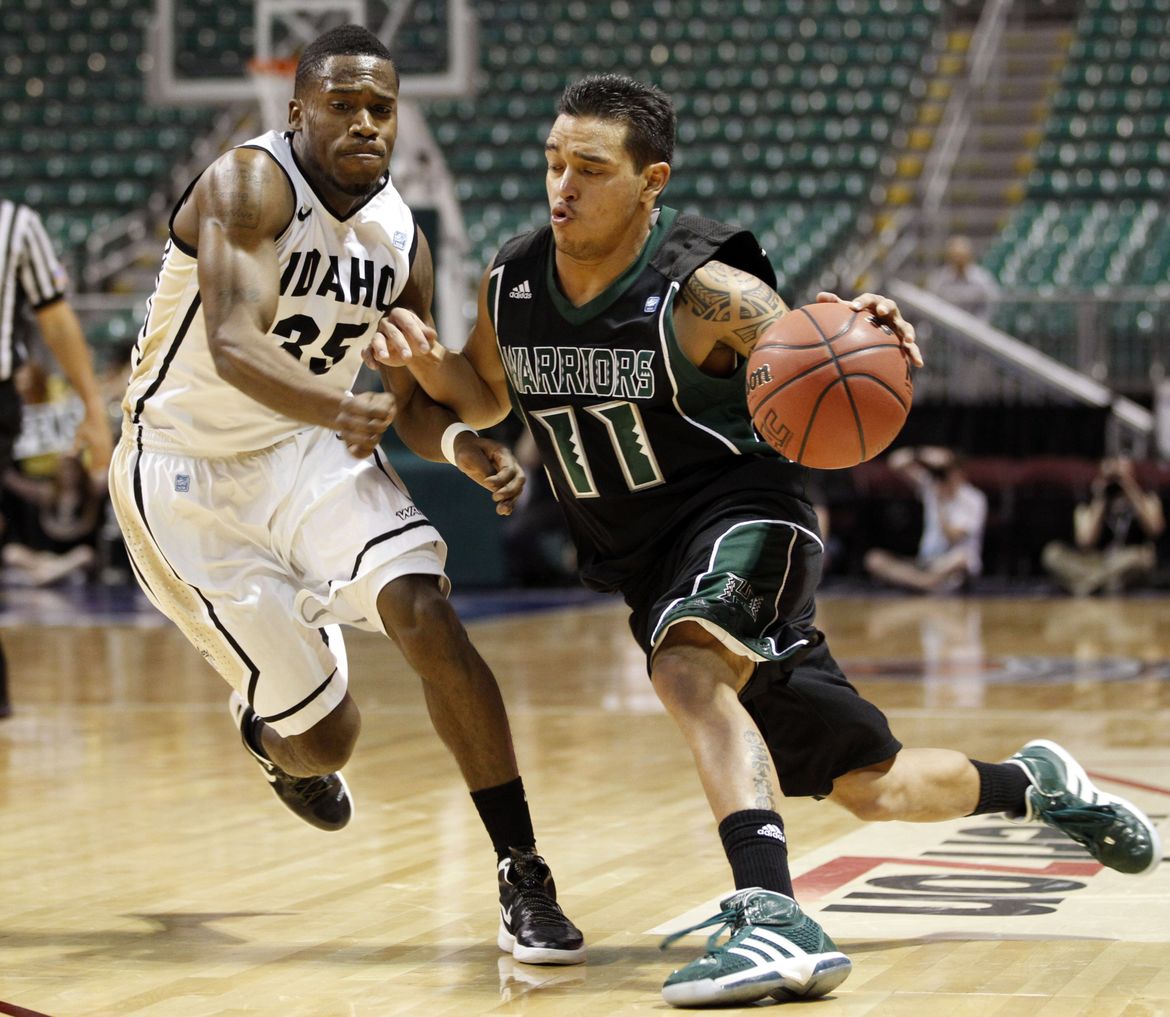 Deremy Geiger walked out of the Kibbie Dome on Wednesday night almost certain Idaho was headed to Loyola Marymount for the second round of the CollegeInsider.com tournament. UI coach Don … 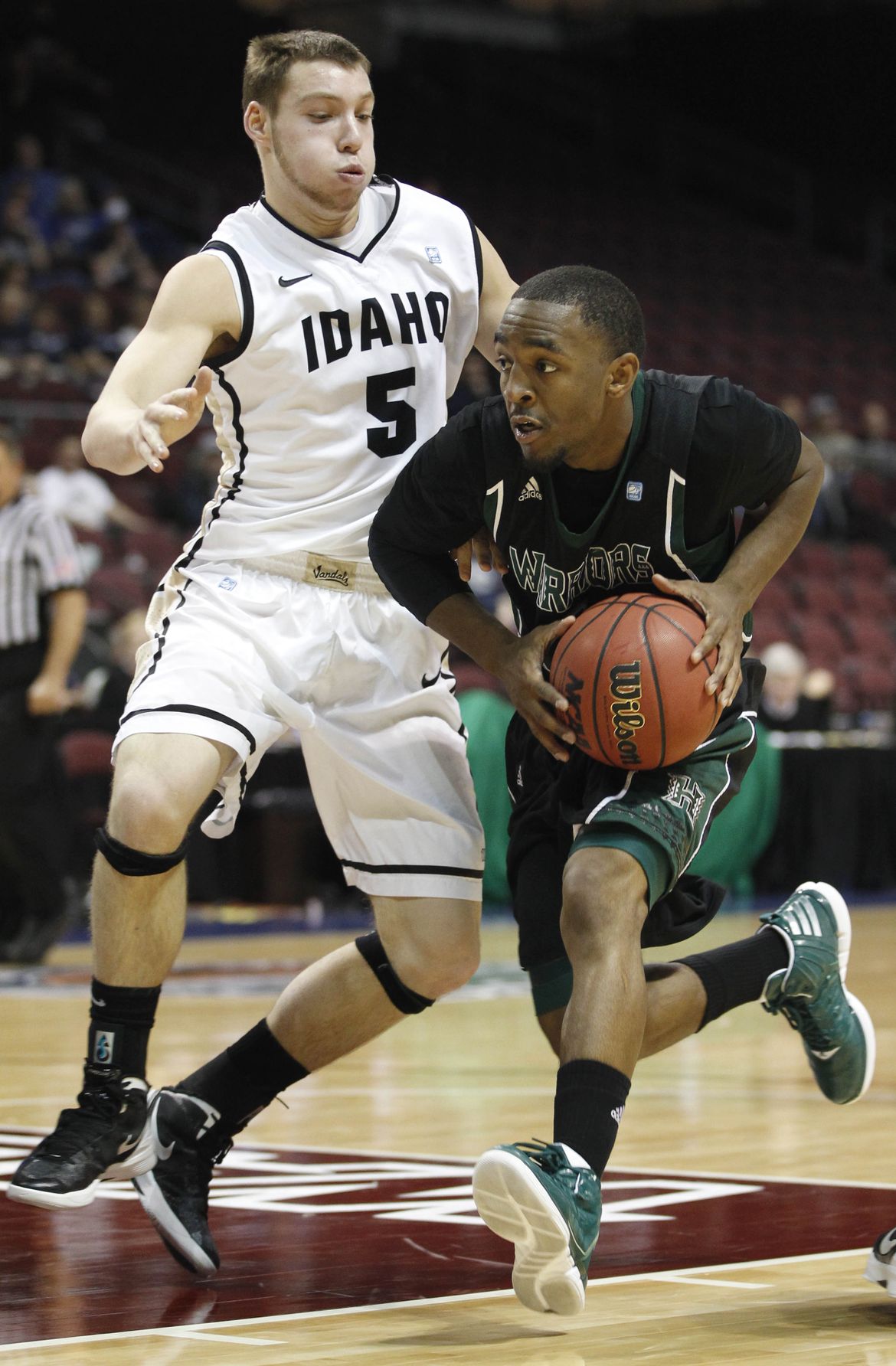 Hauns Brereton personified being in the right place at the right time. And because he was, Idaho made an early exit from the Western Athletic Conference tournament Thursday.

The Idaho men’s basketball team narrowly missed out on the second seed for next week’s WAC tournament. Just about everything else, though, is going the Vandals’ way. Idaho held on … 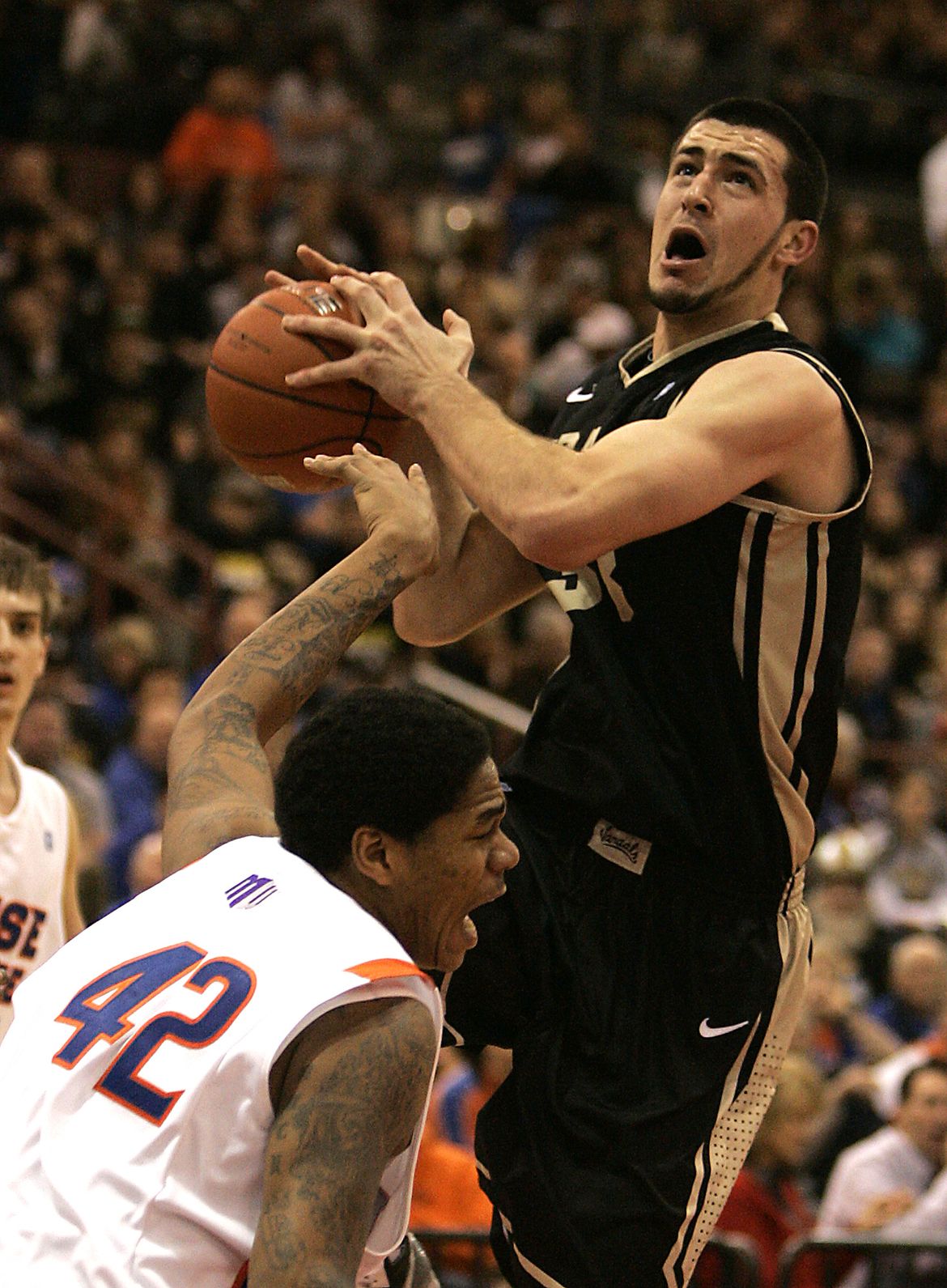 The Western Athletic Conference has been in flux for more than a year, with schools leaving, hopping aboard and – in the case of Boise State – soon-to-be rejoining the …

Brennan Cougill had 19 points and a career-high 19 rebounds, helping Green Bay to a 63-61 victory over Idaho on Thursday.

GREEN BAY, Wis. – Brennan Cougill set career highs with 19 points and 19 rebounds, helping Green Bay to a 63-61 victory over Idaho on Thursday. Cougill was 6 of …

Vandals ditch Roadrunners in second half

It was clear from the earliest moments Saturday night: Something was amiss with Stephen Madison’s usually reliable 3-point stroke for the Idaho Vandals.

Eastern Washington University finally has a men’s basketball breakthrough against a Northwest foe. Now the Eagles are ready to make a statement this weekend – against another neighboring school.

MISSOULA – Will Cherry had 24 points and 11 rebounds to lead Montana to a 57-52 victory over Idaho on Thursday night. Kareem Jamar added 13 points for the Grizzlies …

Will Cherry had 24 points and 11 rebounds to lead Montana to a 57-52 victory over Idaho on Thursday night.

There are enough rags-to-riches stories in athletics to erase the national deficit, but few can match that of Ana Overgaard.

MOSCOW, Idaho – Just before the start of his only season with the University of Idaho men’s basketball team, heralded transfer Steffan Johnson was asked about his final days at …

Idaho on road at USF for CIT game

Two seasons ago, when the postseason-starved Idaho men’s basketball team extended its season for the first time since 1990, Brandon Wiley remembers the feeling of elation. This time Wiley gets … 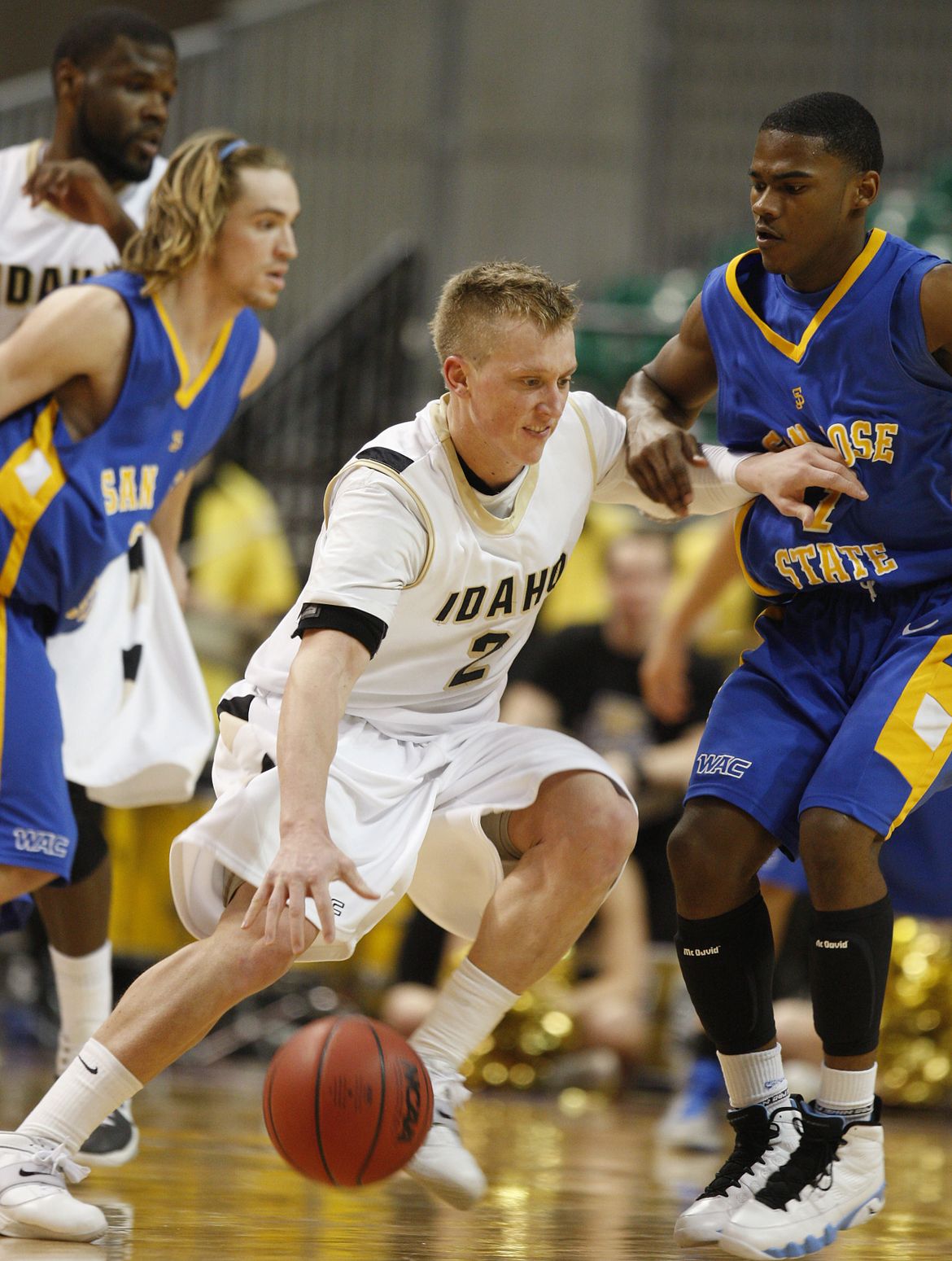 LAS VEGAS – After doing just about everything right to dig out of a nine-point deficit in the second half, the Idaho Vandals did just everything wrong with the outcome …

Idaho earns at least a fourth-round seed in the WAC tournament with a victory over Fresno State on Thursday night. 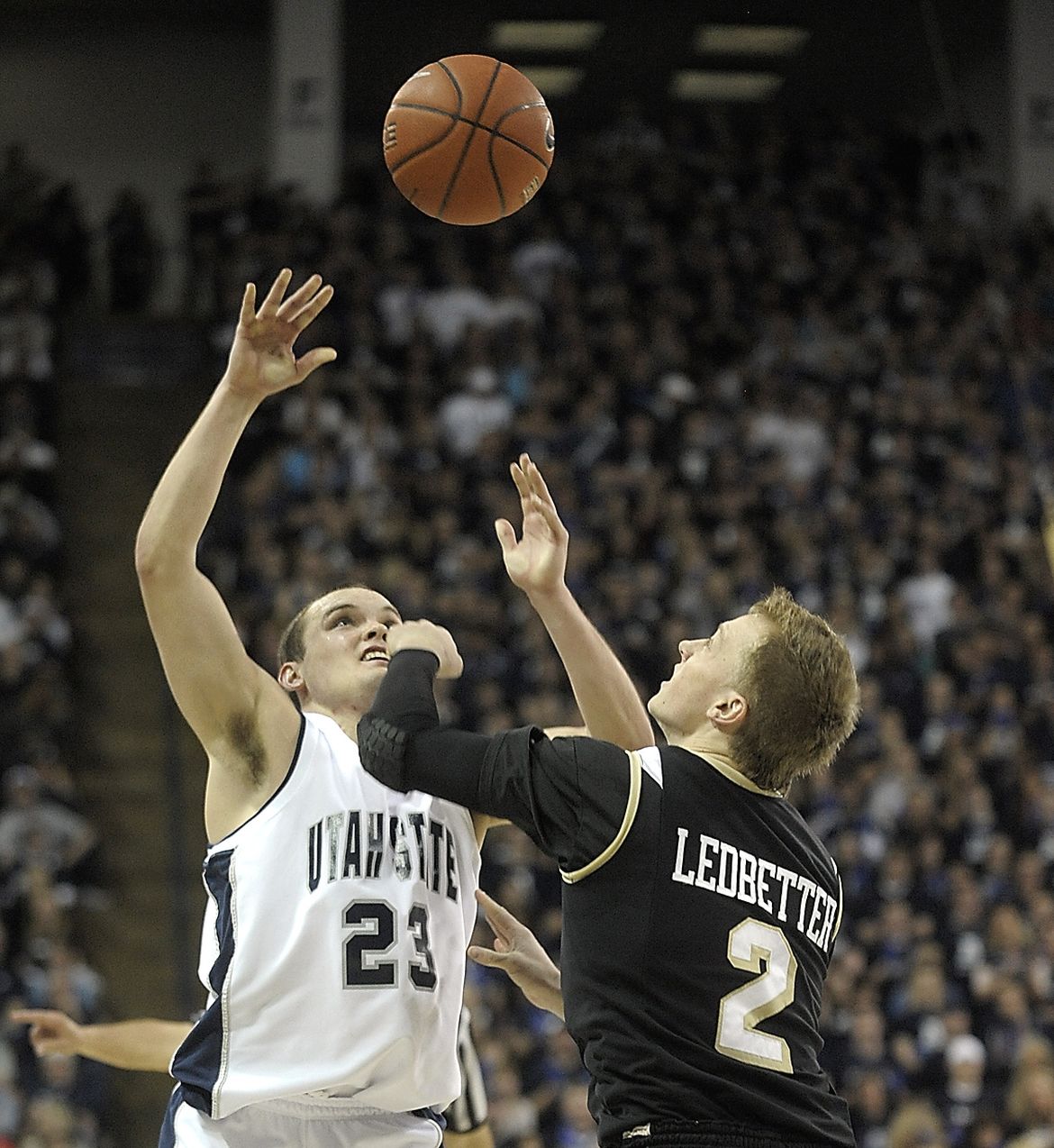 Tai Wesley scored 22 points in his final home game at Utah State as the Aggies ran past Idaho 84-68 on Saturday night.