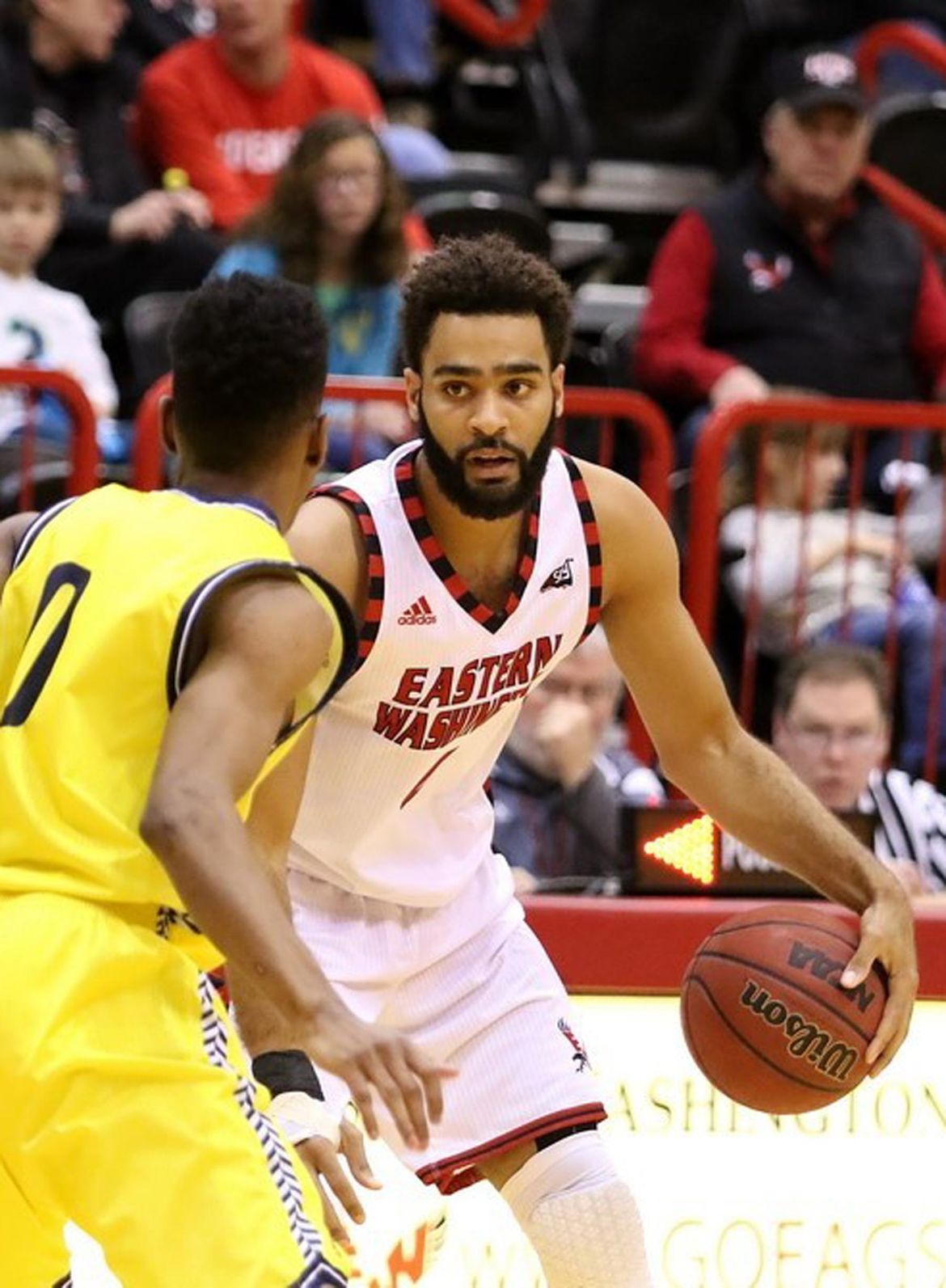 Coach Jim Hayford knew it even before Julian Harrell played a game at Eastern Washington. By early January, Eagle fans knew it too.

Tyler Hall scored 24 points and Marcus Colbert had 23 to lead Montana State to an 85-71 win over Eastern Washington on Thursday night. 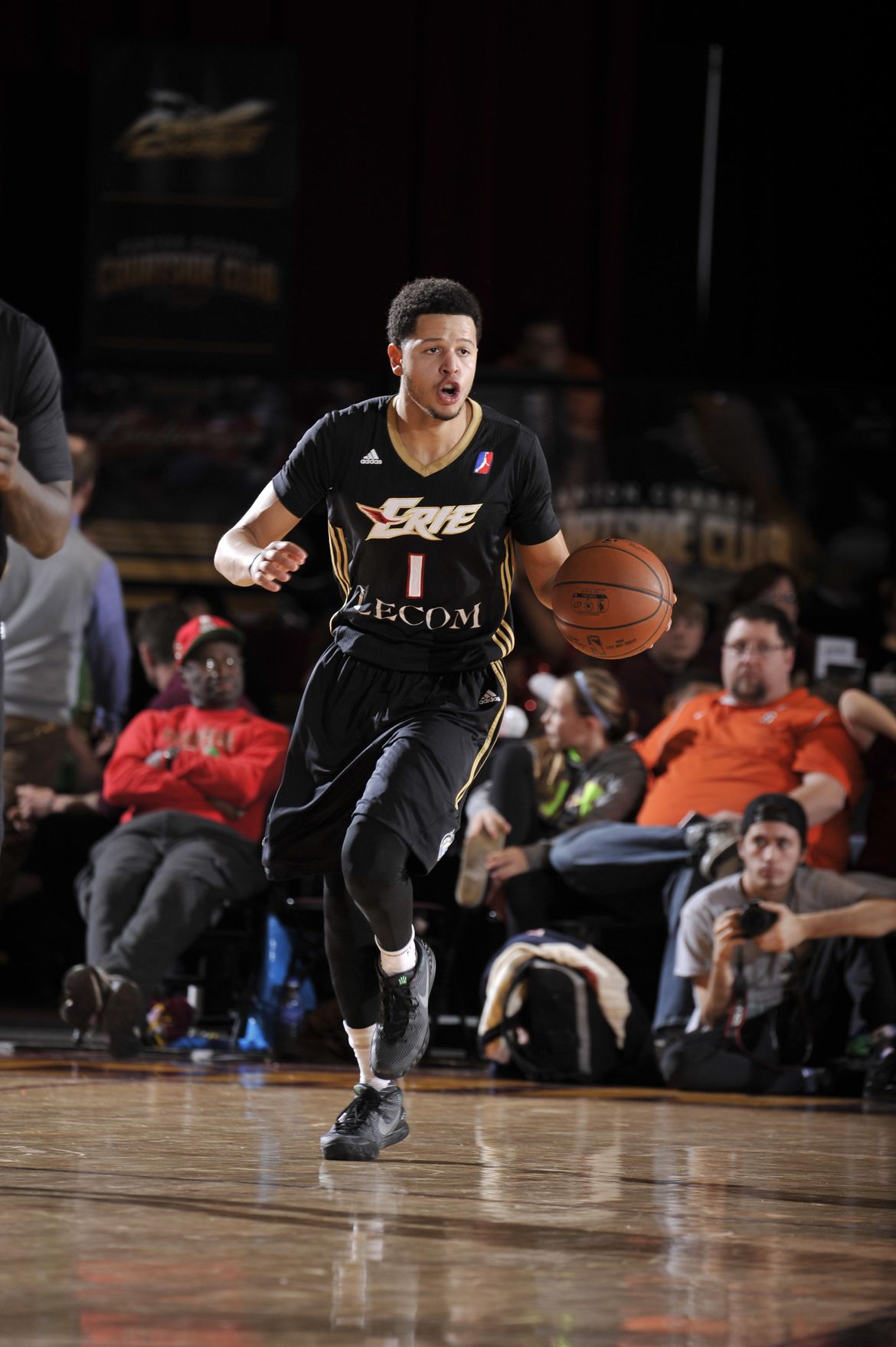 Tyler Harvey still firing away, but working on defense in D-League

Tyler Harvey is still a shooting star. Three weeks ago, the former Eastern Washington star became a media sensation in the NBA Developmental League when he sank eight 3-point shots …

According to EWU coach Jim Hayford, “We feel like we are playing our best basketball of the season.”

For 24 Big Sky Conference basketball teams, the Road to Reno, Nevada, is a sure thing.

Venky Jois hit 10 of 12 shots and scored 21 points, Bogdan Bliznyuk had the first triple-double in school history and Eastern Washington rolled to a 96-73 victory over Northern …

Austin McBroom hit 8 of 12 field goals, including 4 of 5 from 3-point range, and finished with 25 points, and Venky Jois scored 24 with 12 rebounds to help … 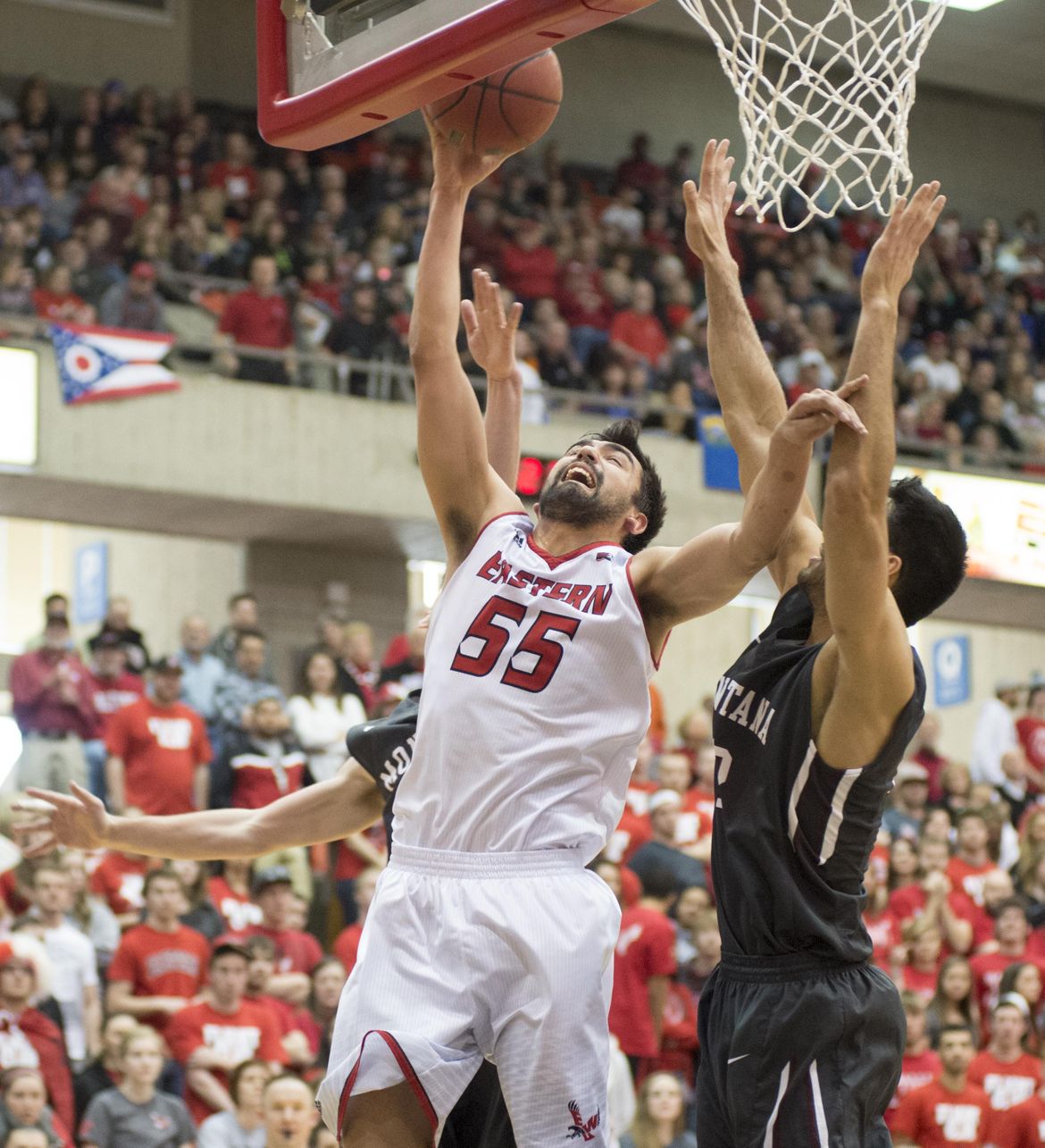 The Eagles are just 1-2 in the Big Sky, but have plenty of momentum after a big win over Idaho that saw them play their best defense of the season … 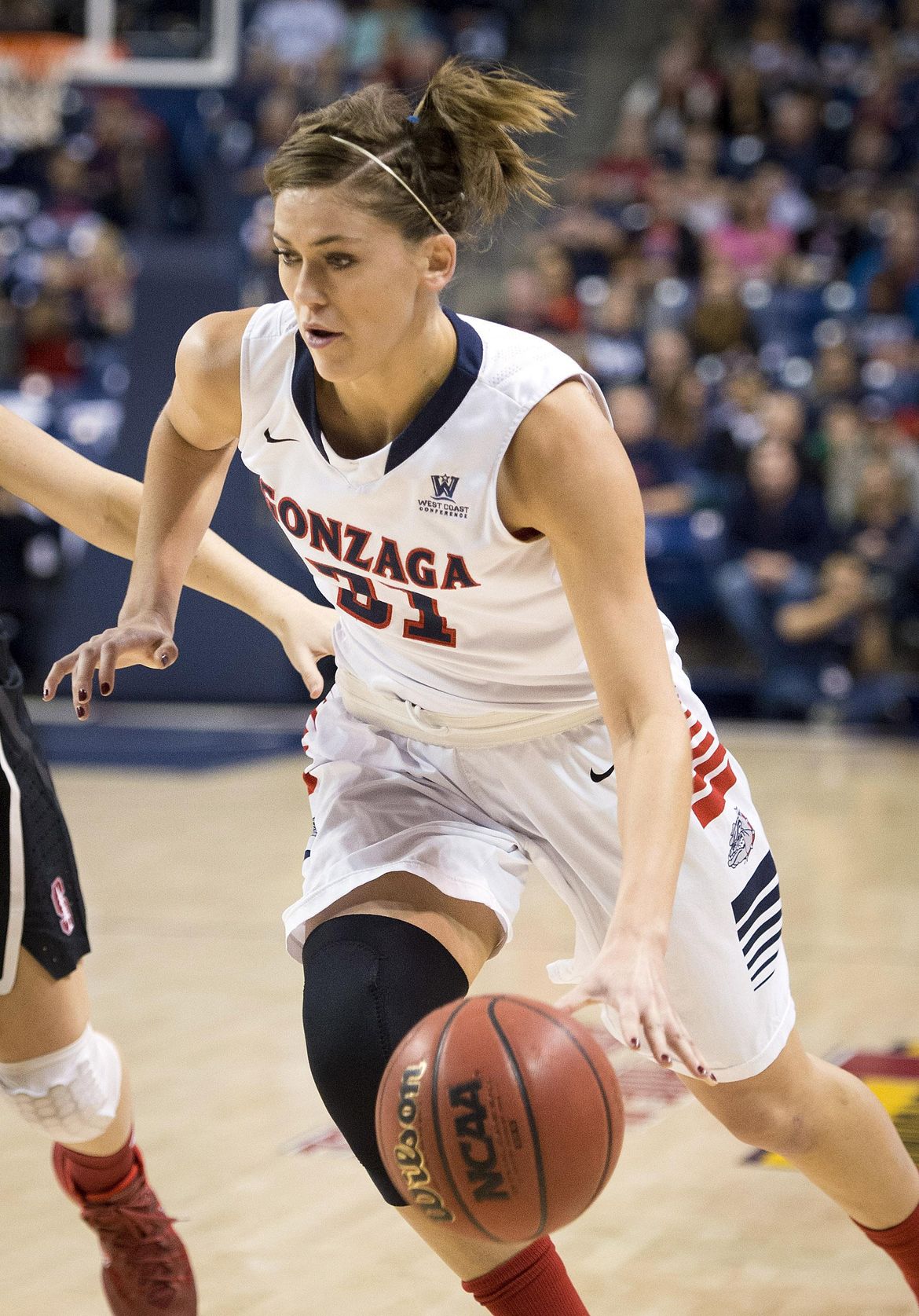 Elle Tinkle’s season at Gonzaga is over

Practice had barely ended Tuesday afternoon at the Martin Centre when emotions came to the surface.

Eastern’s home game with Morehead State postponed until next season

Due to travel issues, Eastern Washington’s home basketball game Thursday night against Morehead State has been postponed for a year. 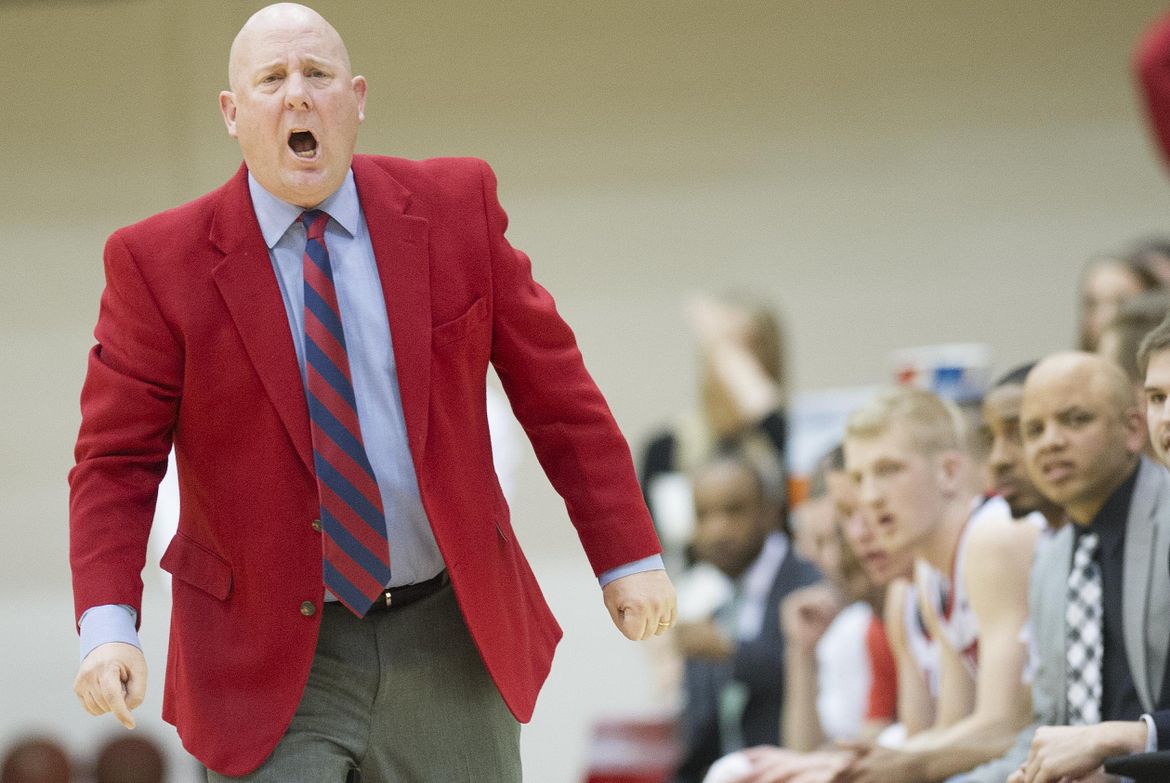 Eastern Washington basketball is picking up where it left off: by playing in a packed gym.

Focus at EWU on more than just replacing Harvey 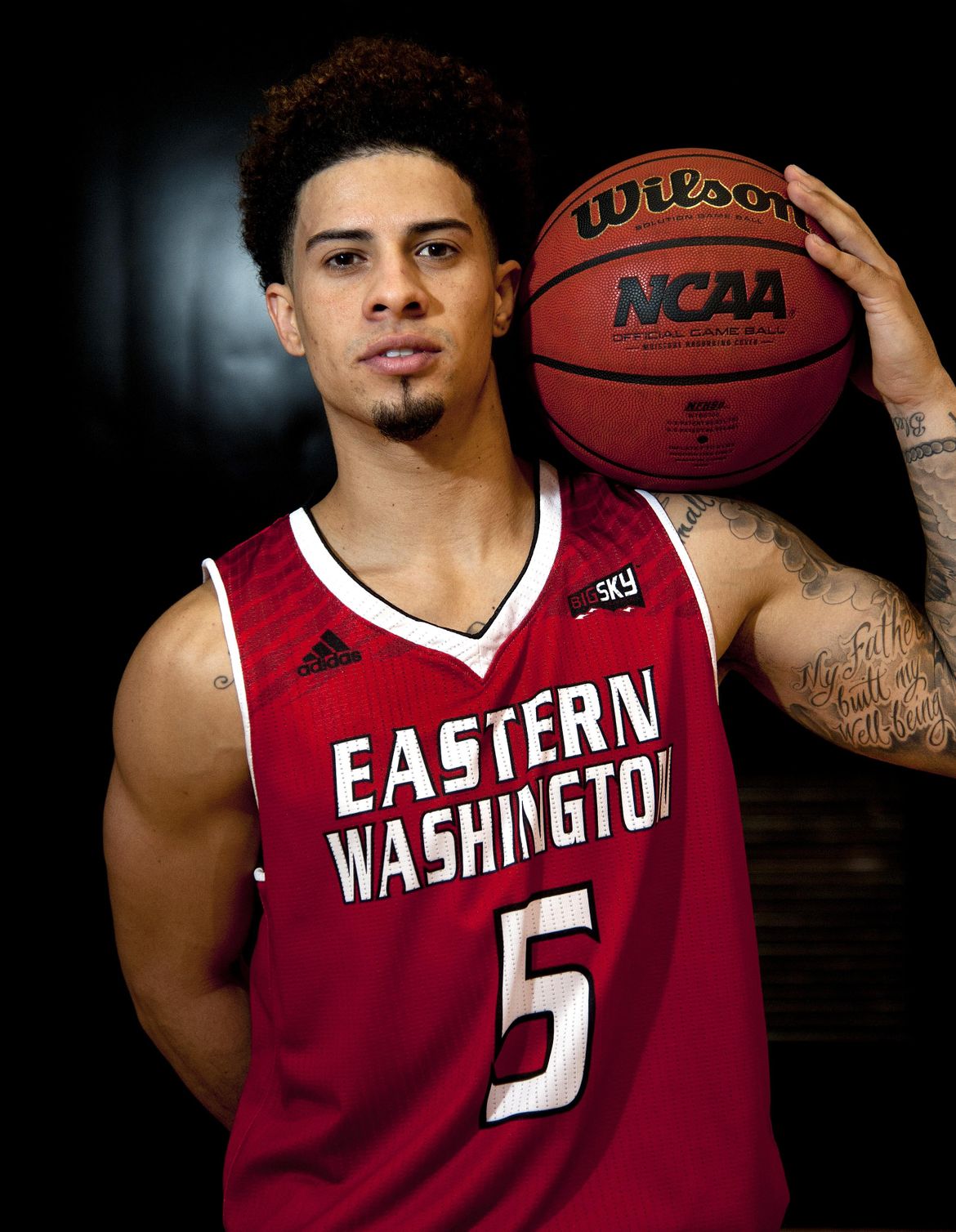 For EWU coach Jim Hayford, the top priority in off-season recruiting was replacing Drew Brandon, a versatile 6-foot-4 point guard who was comfortable in the paint as well as the …

The last time Reese Court saw a crowd this big, the Eastern Washington men were celebrating an appearance in the Big Dance. 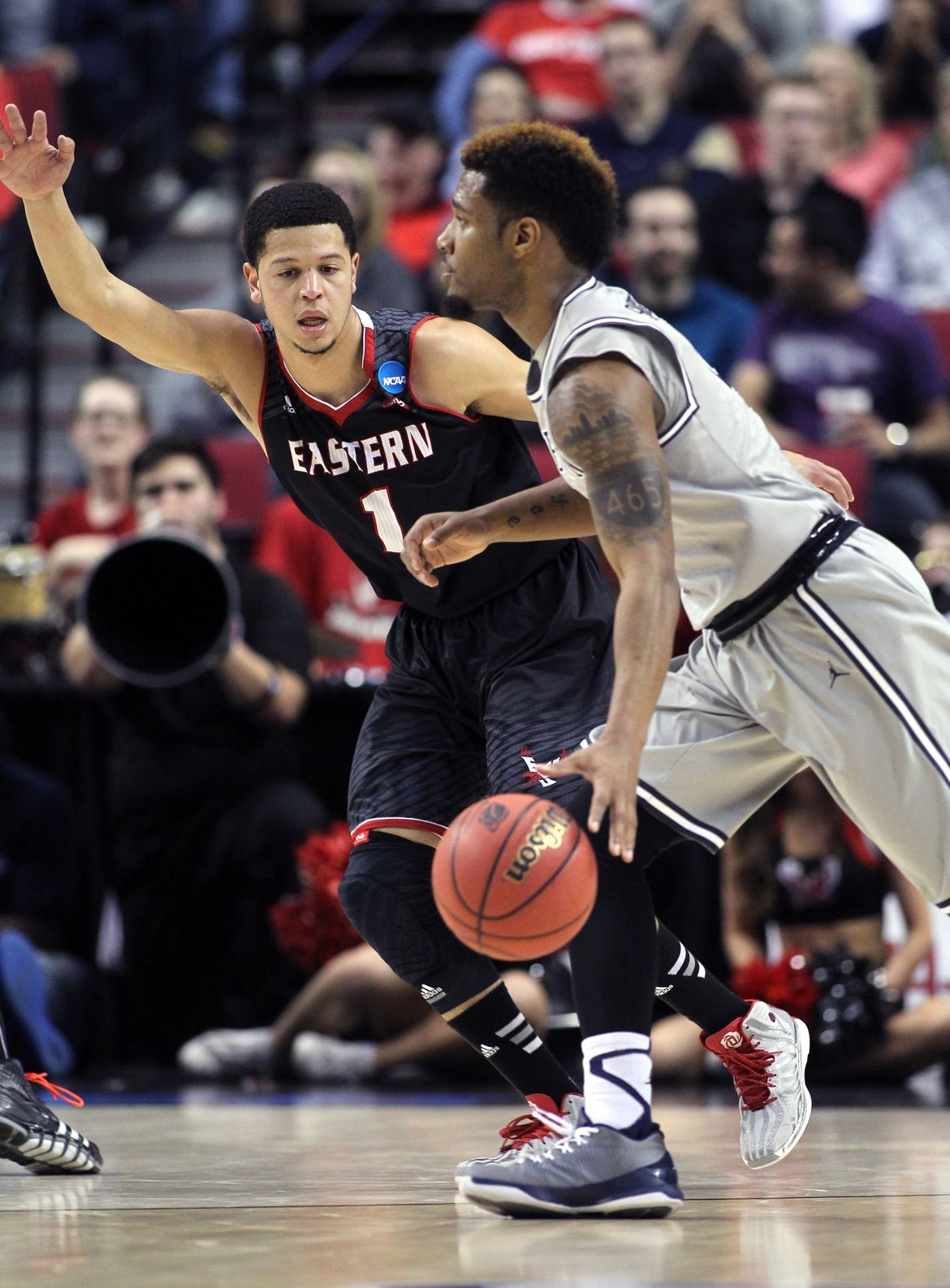 All the physical and mental work did little to prepare Tyler Harvey for the drama of NBA draft night. “It was just a surreal moment,” Harvey said Friday morning, the … 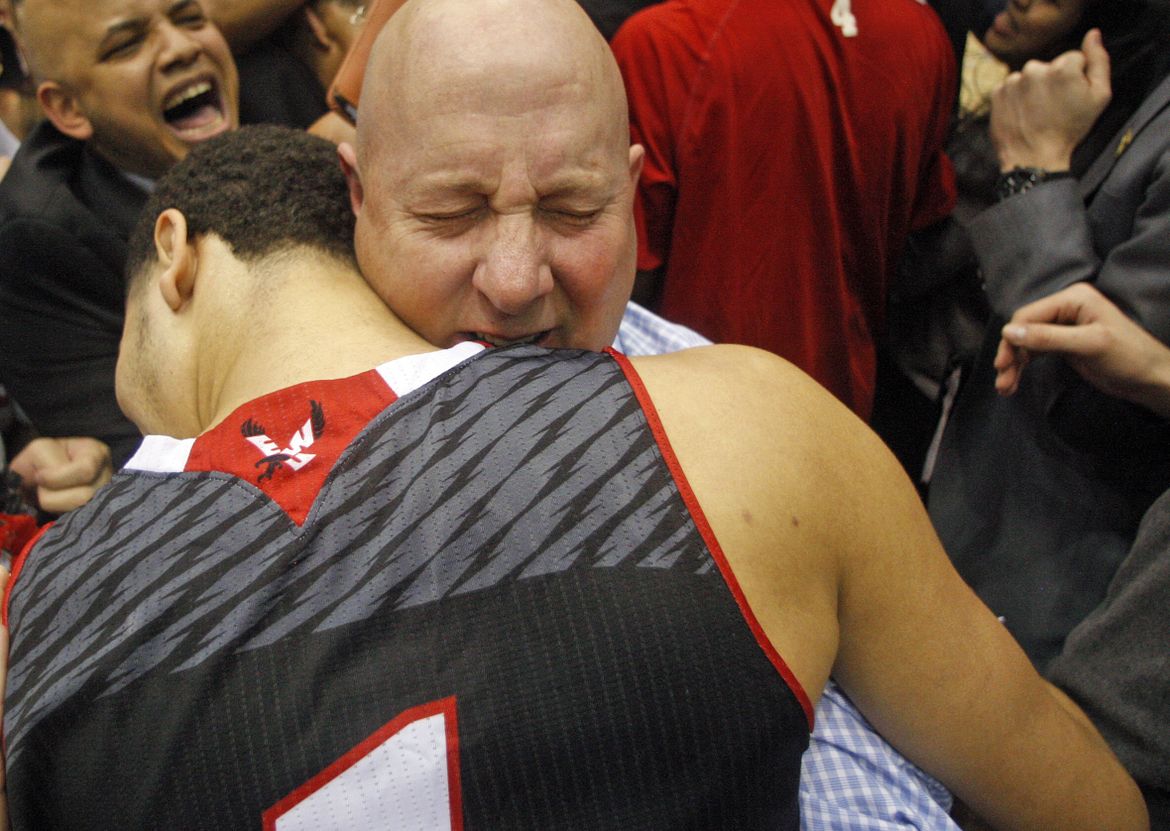 For Eastern Washington basketball coach Jim Hayford, last season really was about the journey. His favorite stop? Missoula, where on March 14 the Eagles beat Montana to earn the school’s …

A month after making its first NCAA tournament appearance in 11 years, Eastern Washington’s men’s basketball team has bolstered its roster for another potential run. The Eagles will add at …

Suddenly, Eastern Washington is down to one returning starter from its NCAA Tournament team.

Many basketball pundits like Eastern Washington’s chances against Georgetown

You wouldn’t know it by the bracket-busting experts, but Georgetown is supposed to beat Eastern Washington in their second-round South Region NCAA tournament game on Thursday. The 13th-seeded Eagles may … 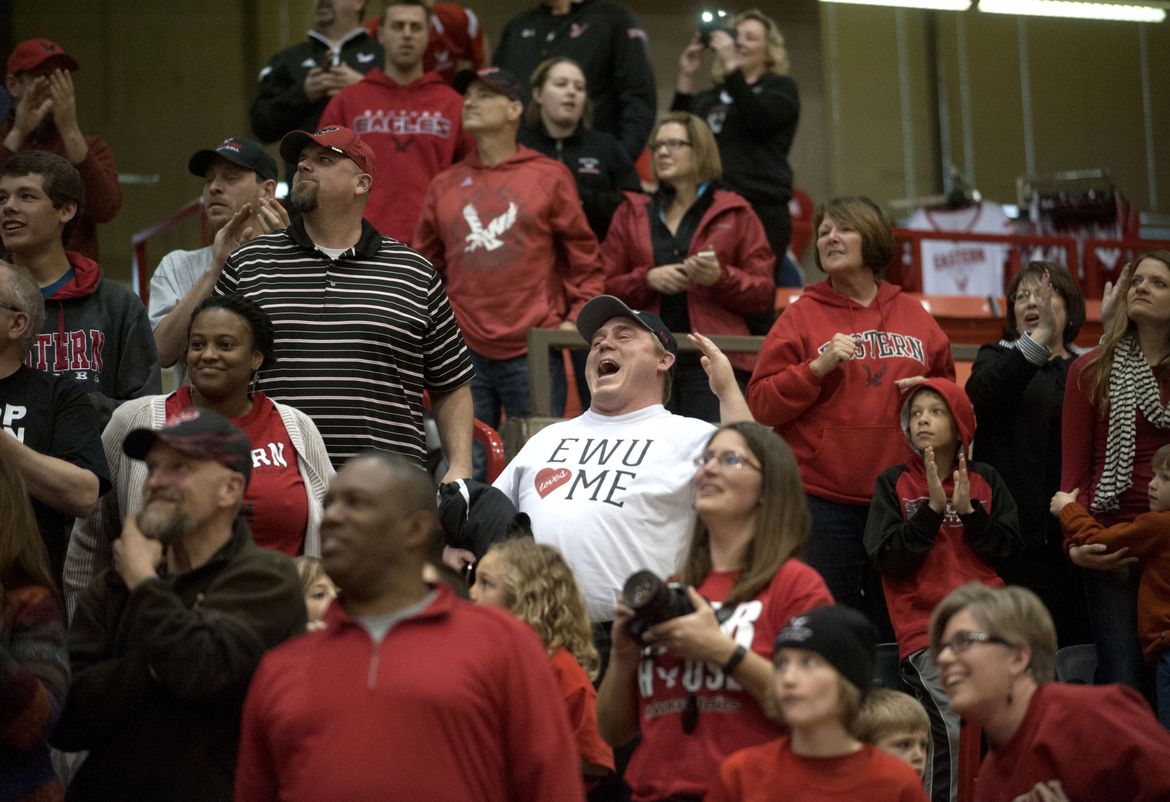 Cheers in Cheney, where everyone knows their names

Long before he became a basketball coach, Jim Hayford was a budding bracketologist. Every Selection Sunday, beginning in grade school, he’d pull out paper and pencil and fill in the …

Halfway through Sunday’s NCAA selection show, coach Jim Hayford and his players watched as the name of Eastern Washington appeared on national television alongside Georgetown, the Eagles’ opponent in a … 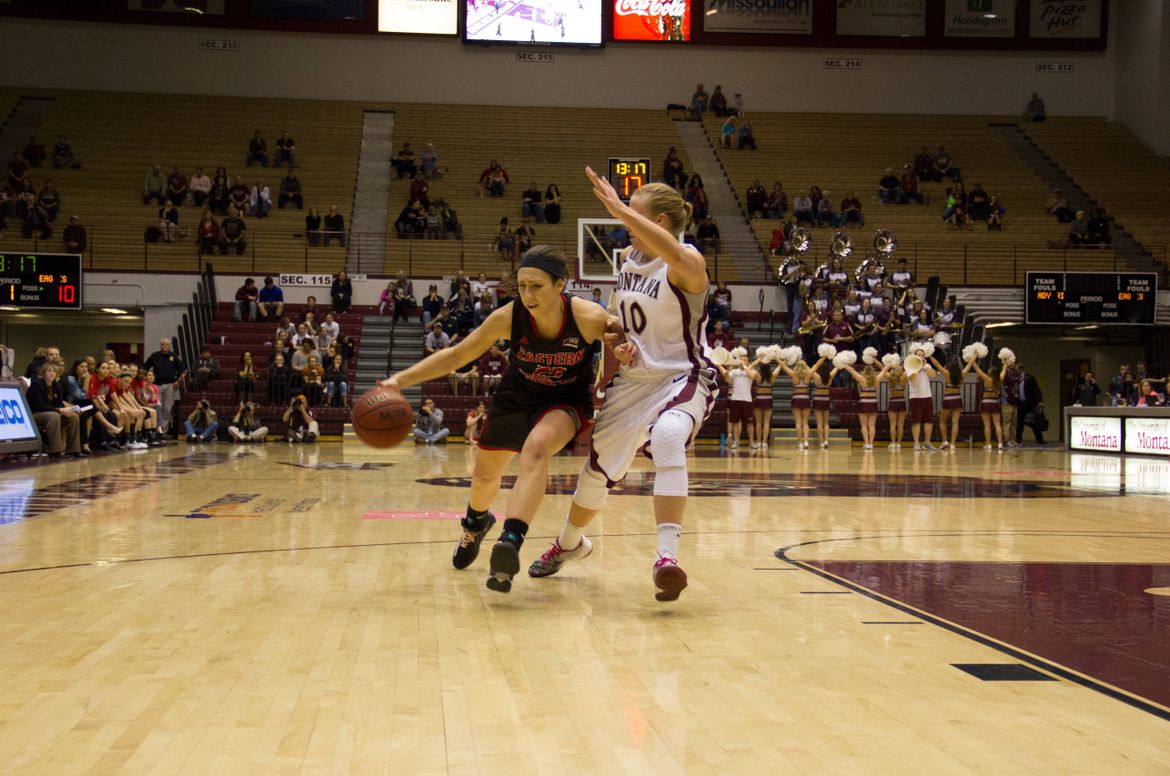 MISSOULA – Confidence was a fragile commodity Friday afternoon for the Eastern Washington women’s basketball team. The Eagles had plenty of swagger entering their Big Sky Conference semifinal against host …

Late in the game, during a timeout, Felix Von Hofe broke into a smile. It was as wide as the basket looked all night to the Eastern Washington sharpshooters in … 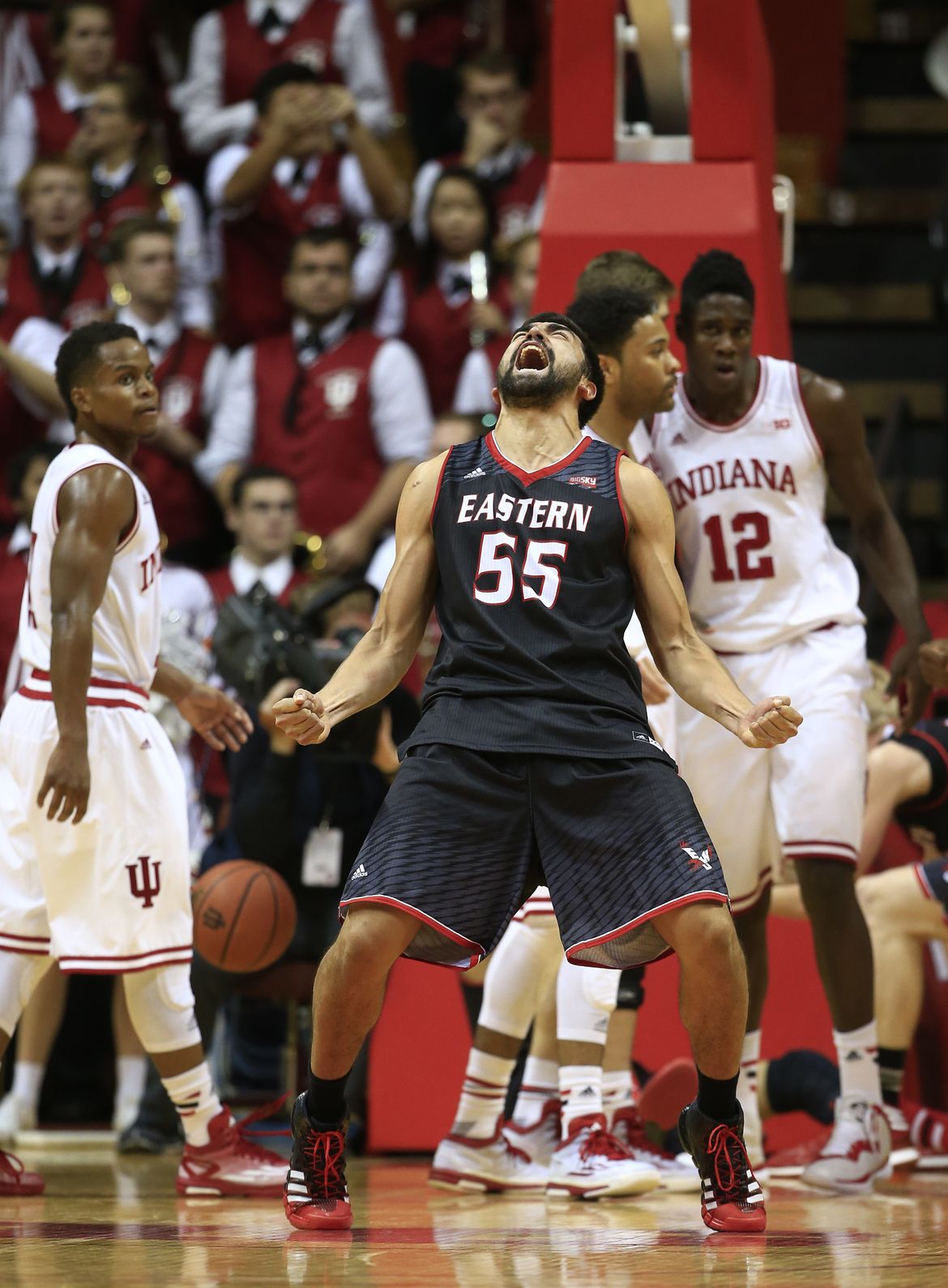 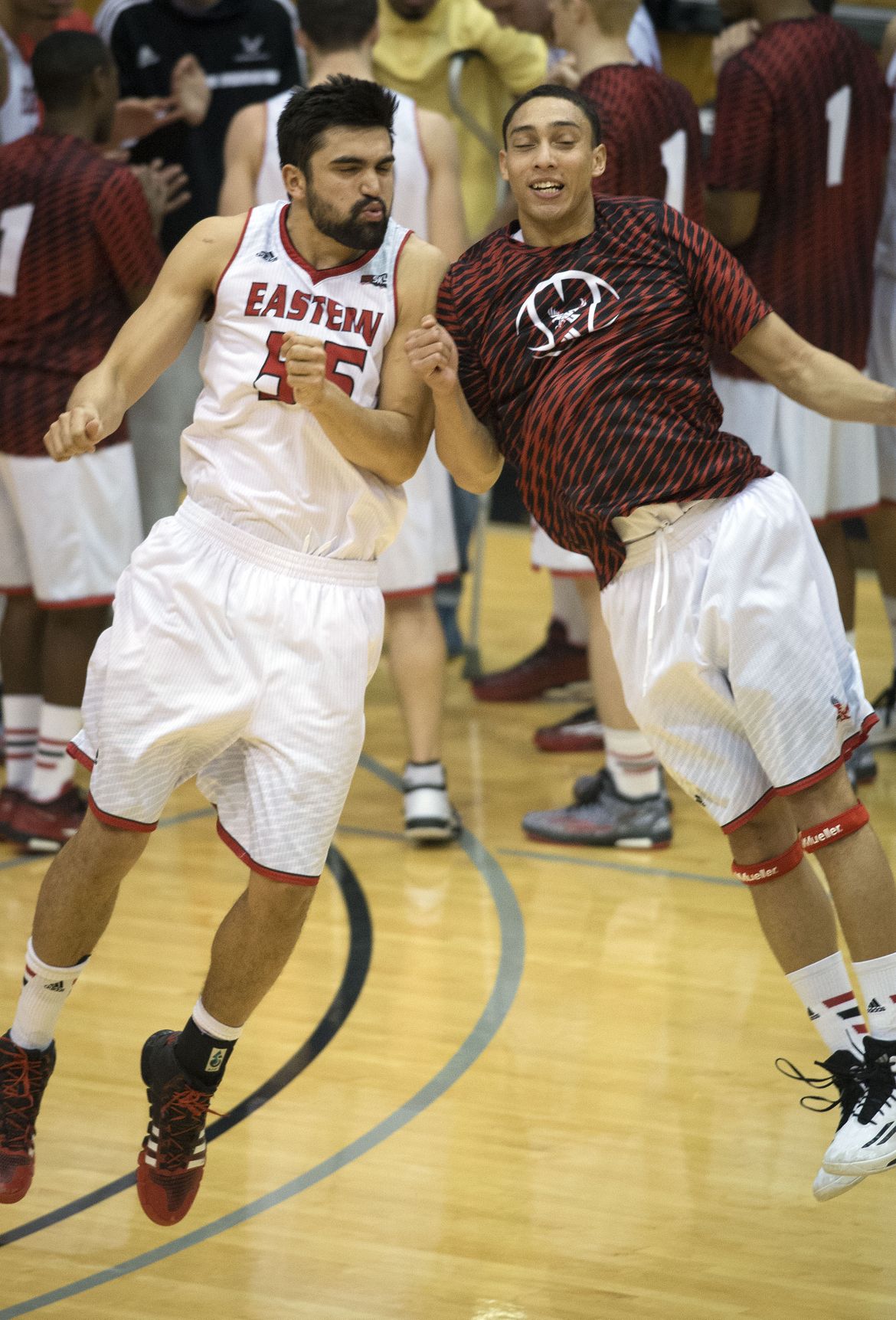 Fighting through injuries all the way to a championship, Tyler Harvey and Venky Jois of Eastern Washington earned another reward Monday: a place on the All-Big Sky Conference first team …

As Parker Kelly said this week at Reese Court, it’s been a great ride. Which sounds so effortless. It wasn’t.