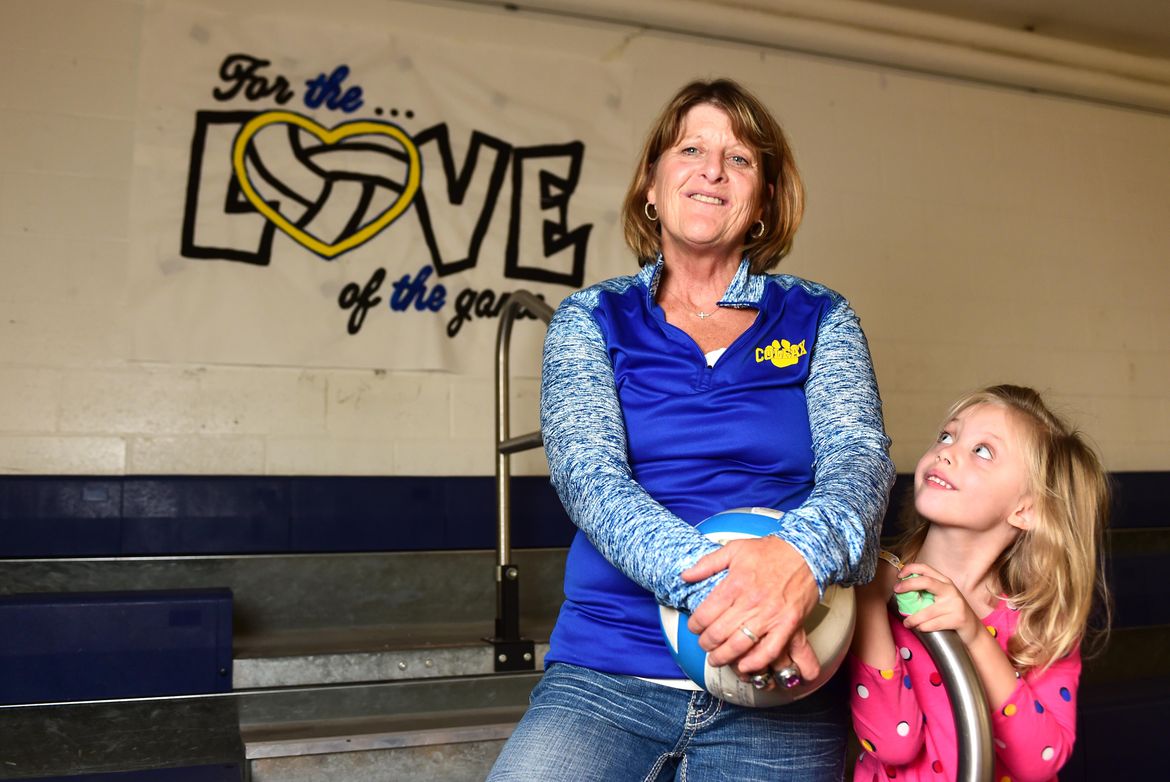 2017 Northeast 2B preview: Asotin appears to be cream of competitive crop

Northeast 2B may not have produced a state football champion last fall, but its depth was evident.

Safely tucked away in the lower half of the bracket and away from presumed titans Lynden Christian and Cascade, Freeman and Lakeside advanced to the semifinals with two wins each …

Washington state volleyball At a glance

No change for Oakesdale, Colfax in state volleyball rankings

Small-school state volleyball powers 2B Colfax and 1B Oakesdale remained ranked No. 1 in their respective polls this week.

Colfax and Oakesdale remained No. 1 in the their respective state volleyball rankings in polls released Monday.

Colfax, Oakesdale each ranked No. 1 in state volleyball polls

Defending State 2B champion Colfax and defending State 1B champion Oakesdale are the lone area volleyball teams ranked No. 1 in the polls released Monday by the Washington State Volleyball …

Mead is ranked second in the Washington State Volleyball Coaches Association rankings released Tuesday. The Panthers are behind Auburn Riverside, which vaulted from fifth in the first poll last week …

Northeast 2B: Newcomer Asotin jumps into fray with opener against perennial power Lind-Ritzville/Sprague

League schedulers were not generous to Northeast 2B newcomer Asotin.

Order seems to have returned to the State 1B softball universe.

One outcome was decided virtually before the game had begun and the other was in doubt until the waning seconds, but the end result was regrettably the same.

Rachel Bozlee had 23 points, eight rebounds and four steals and Northwest Christian erased a nine-point halftime deficit and beat Colfax 53-45 in a Northeast 2B League game Saturday at …

University of Montana junior Brandon Gfeller has been named the Big Sky Conference men’s basketball Player of the Week after leading the Grizzlies to a 2-0 start in conference play.

YAKIMA – Sue Doering has come up with many pithy sayings in her lengthy, accomplished career as Colfax volleyball coach. She unveiled another Saturday night as the Bulldogs were in …

YAKIMA – Colfax volleyball coach Sue Doering routinely tells her younger players they should try and play like seniors. Sometimes they do, sometimes they don’t.

Caleb Cole scored two rushing touchdowns late in the fourth quarter to give Reardan a 40-34 comeback-win over Colfax in a Northeast 2B League game Friday in Colfax. Cole’s 32-yard …

After an even first half, Northwest Christian outscored Colfax 27-0 in the second half for a 41-14 Northeast 2B football win Friday night on the red turf at Eastern Washington’s …

Northeast 2B: Lind-Ritzville/Sprague primed for another postseason run

Freeman’s pursuit of its first 1A state baseball championship has come down to two games in Yakima. The Scotties (20-4) took down Zillah 4-1 and beat Connell 9-5 last week …

Colfax 49, Napavine 40 A day after a disappointing loss to White Swan, the Colfax girls got off to a rough start in their consolation game on Friday. 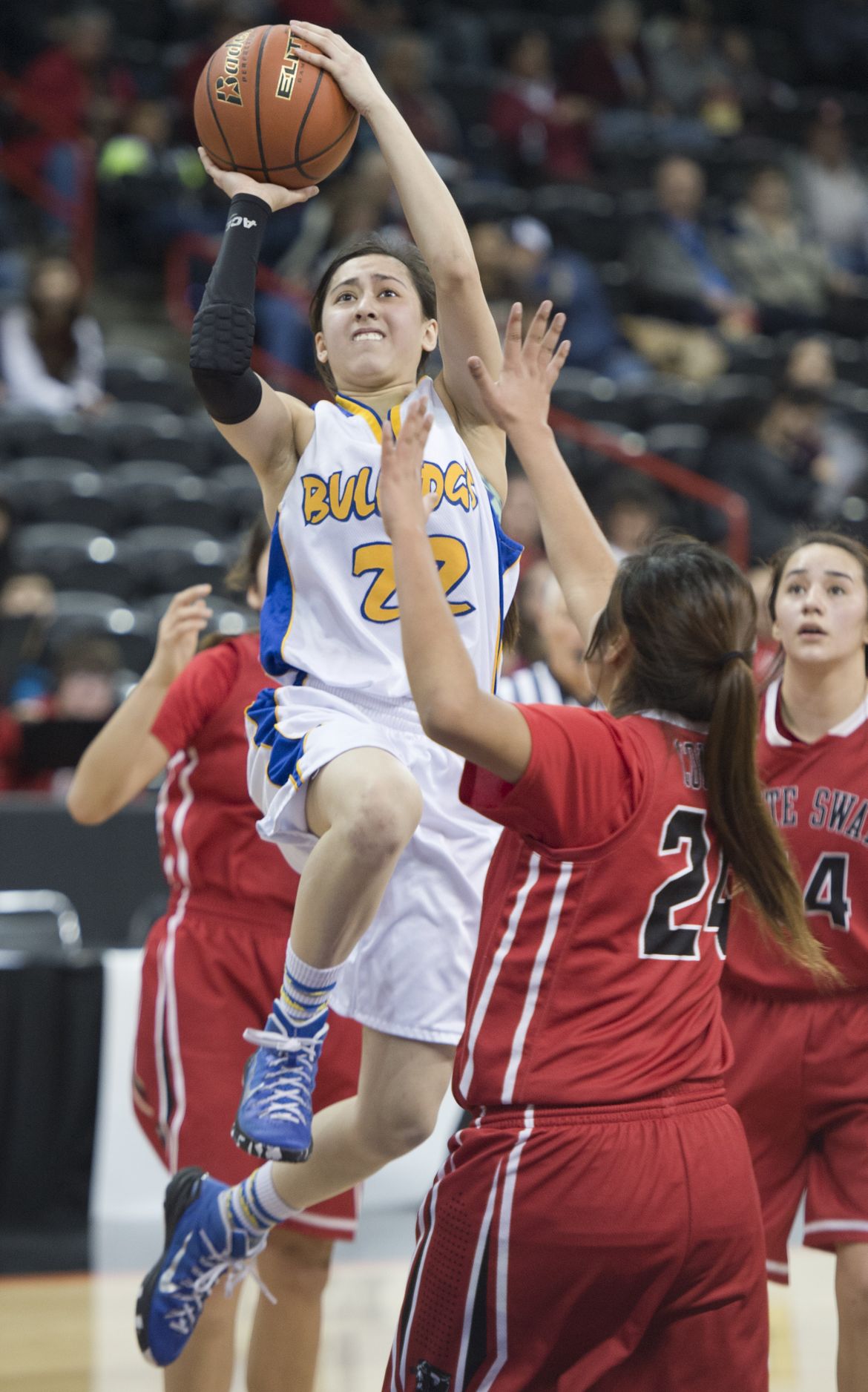 For sure, the Colfax Bulldogs had a decent shot at defending their state girls 2B title. But the shots wouldn’t fall, costing the Bulldogs dearly in a 39-37 quarterfinal loss … 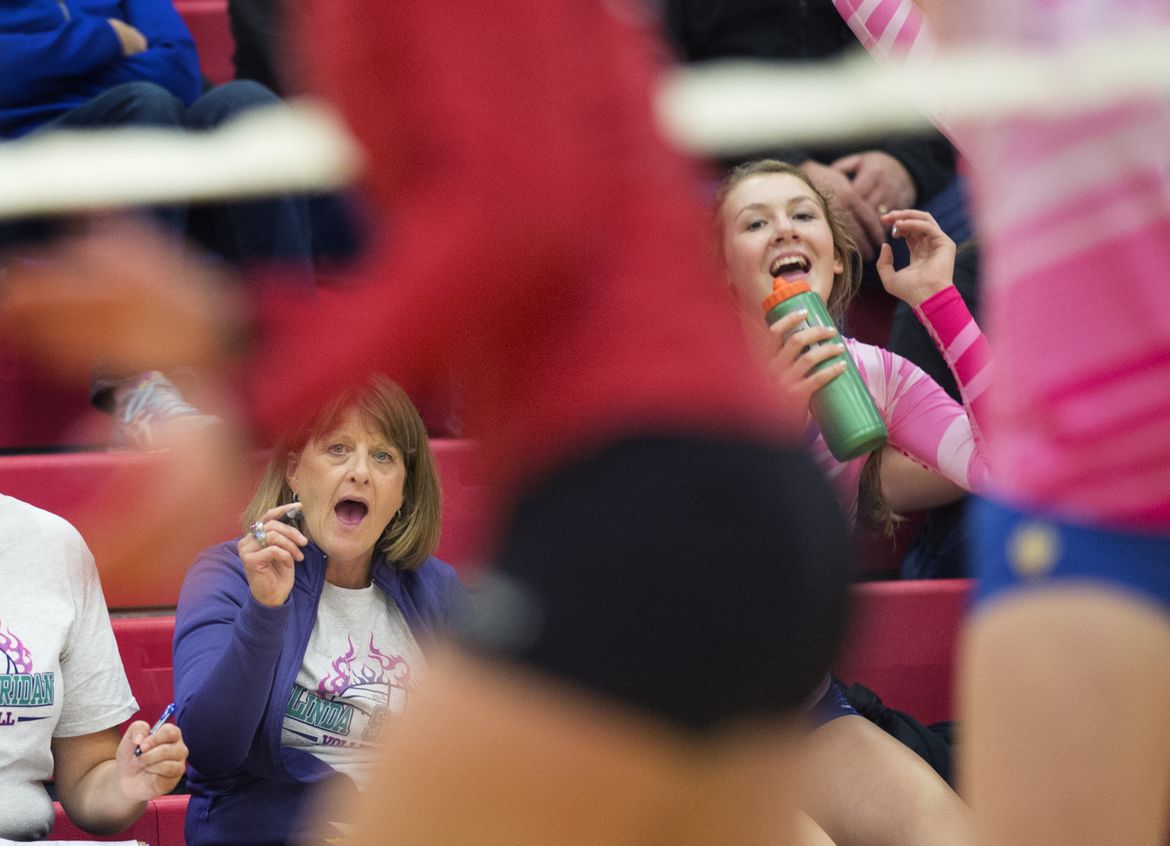 Year after year, Colfax volleyball one of top programs in state under Sue Doering

The subject of enrollment popped up as Colfax players chatted with Kamiakin parents at the recent Linda Sheridan Volleyball Classic. “They asked us how many kids are in our school,” …

Senior Leah Heiner could have coasted home in fourth place and still handed the State 2B track and field title to Colfax. But that’s not how they do things in … 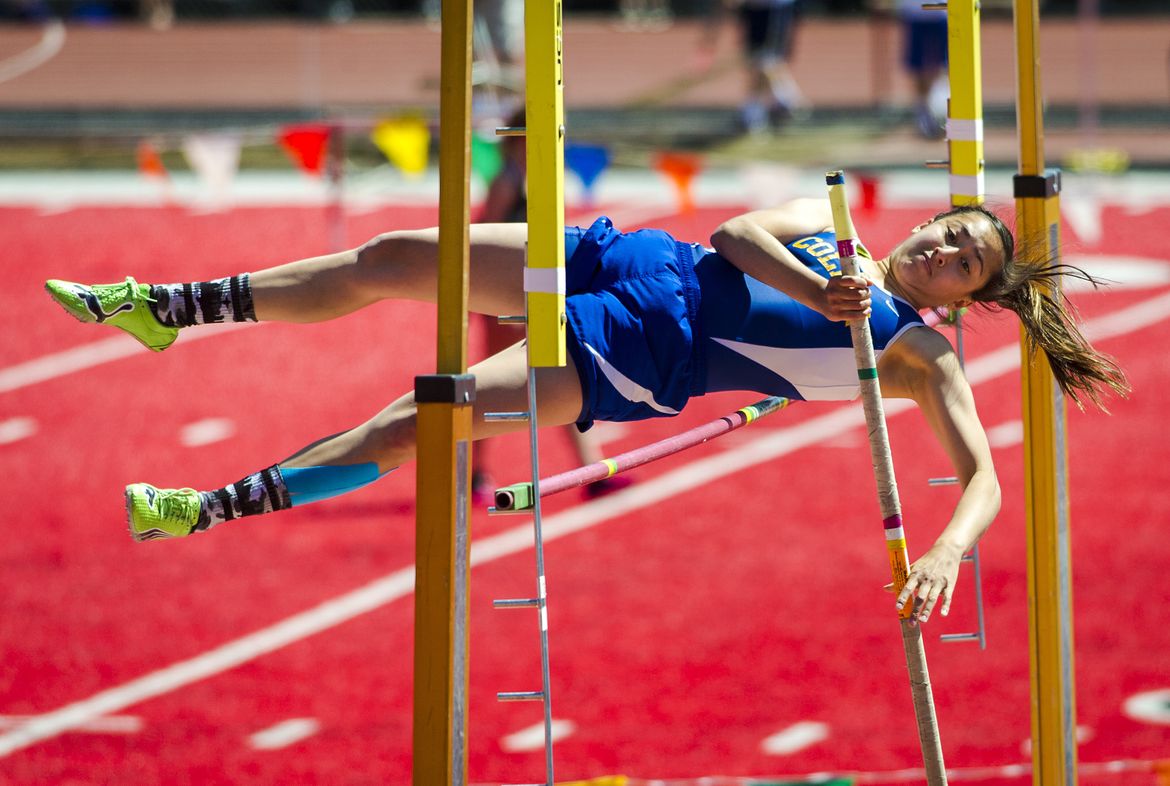 Scout Cai soared over the bar by herself, but she counted it as another state title for Colfax. The sophomore topped her personal best by 1 foot Friday while winning …

The name is the same, but the faces will be different when Colfax returns to the Arena in the quarterfinal round of the State 2B girls tournament on Thursday. The … 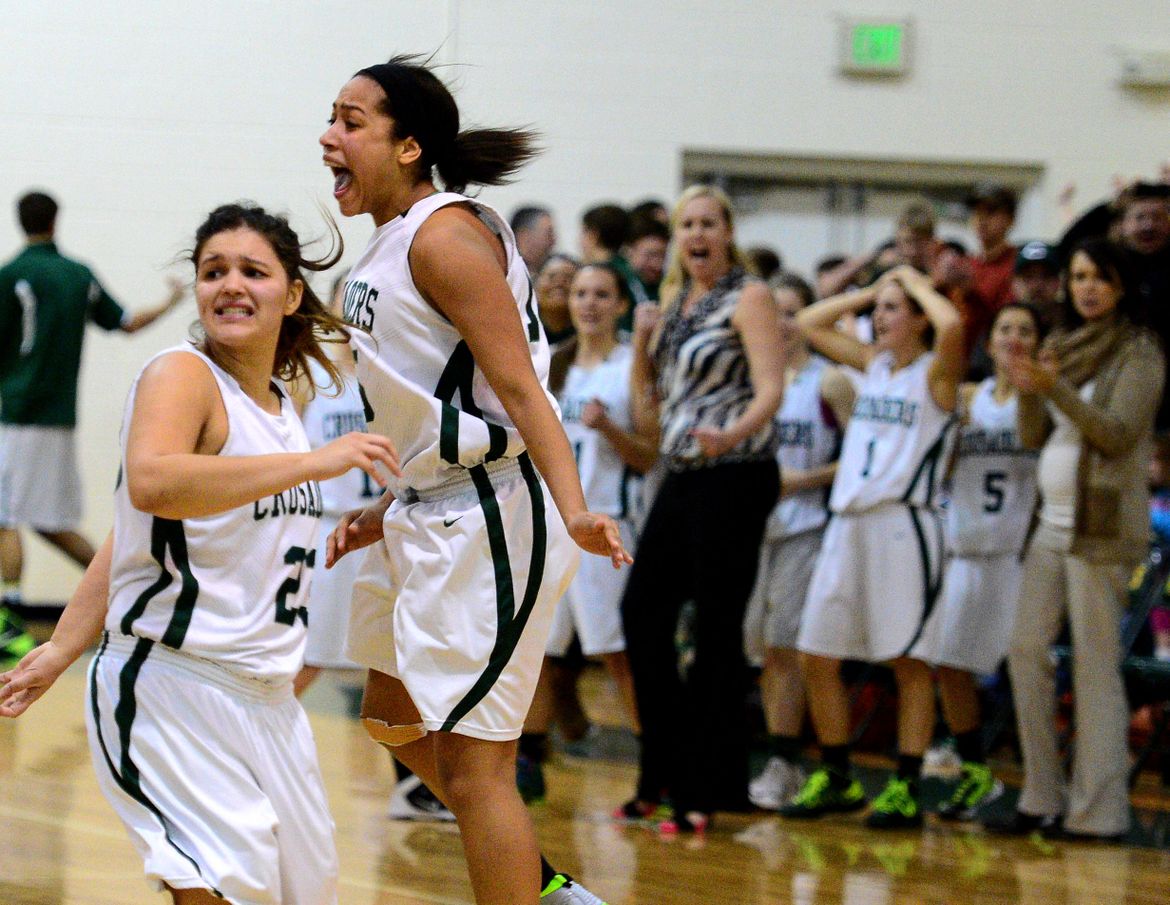 Northwest Christian’s lone senior, forward Chanel Knight, made a layup with 3.2 seconds left to give the host Crusaders a 33-32 victory and the outright Northeast 2B girls basketball championship …

On a frigid field, Connor O’Neill made sure to provide some heat. The Lind-Ritzville/Sprague senior running back scored three touchdowns and finished with 125 yards rushing in a 43-0 victory …