A GRIP ON SPORTS • Now we know it is true. Baseball is officially back. There was a “brawl” between the Los Angeles Dodgers and the Houston Astros last night. Some wounds take a lot longer to heal than others.

• The word “brawl” is in quotes because, you know. Baseball. Fights aren’t really fights. Too much at stake. It’s more posturing than punching. But still.

Joe Kelly, who happened pitch for Boston in the Astros’ cheat-championship year of 2017, came close to hitting Alex Bregman and Carlos Correa, missed both but didn’t miss his opportunity to get under their skin.

All it took was insulting Correa after striking him out to end the sixth inning in the Dodgers’ 5-2 win. 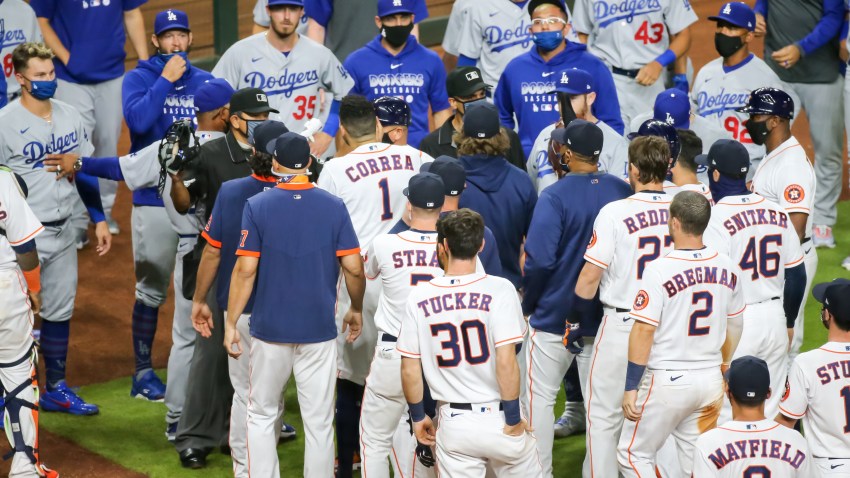 Then there was a mass scrum. The important thing here is the Astros are pariahs. No one in baseball respects them anymore. Guys like Bregman and Jose Altuve, guys once admired for their grit and determination, have been exposed as frauds. They are going to be treated as such in 2020.

Despite having the opportunity to open against the Mariners’ leaky pitching staff – see the game last night in Anaheim – Bregman and Altuve are both off to slow starts, cementing the thoughts their outstanding last three seasons have been helped mightily by trash-can banging at Minute Maid Field. True or not, they and their teammates will not be able to cleanse the wound without hitting well in 2020.

That hasn’t happened. George Springer is hitting .050. Yuli Gurriel .188. Josh Reddick .211. A small sample size, sure, but not the start that will help their argument knowing which pitches were coming wasn’t that big an advantage. Ya? Then why did you do it for so long?

Ted Williams is famous for many things, including being the last man to hit .400 in a season. When he would take live batting practice, Williams forced pitchers to tell him which pitch was coming – fastball, curve, etc. – because, he wrote in his book on hitting, he was always looking for certain pitches. When he got what he was looking for, Williams wrote, he figured he hit about .500. I wonder what Ted – a lifetime .344 hitter – would have done with the trash-can scheme in place?

Anyhow, other players don’t appreciate the Astros cheating their way to a title. It just happened to be Kelly who put an image, and a couple of pitches, out there to illustrate their disgust.

• All those players milling around also illustrated another problem baseball is facing in this pandemic-shortened season: Players are struggling to break a lifetime worth of habits.

Who would have thought, as recently as last summer, to put on a face mask before heading out to back up your pitcher in a confrontation? Well, besides catchers?

A few of the players had their faces covered, but the ones doing the most yelling (and expelling fluids from their mouth) were mostly uncovered.

With what’s happened to the Marlins this week – baseball has sat them down until next week at the earliest due to their COVID-19 outbreak – it would seem to behoove the players to mask up before they start posturing.

Or just keep their mouths shut and let their play talk for them.

• Another Spokane sports festival is not going to held this year. Bloomsday, which had been postponed from May to September back in the spring, announced this morning it will be a virtual event, joining Hoopfest in that regard. We can pass along Emma Epperly's story from this morning with more information.

WSU: Once more into the breach – for a grad-transfer quarterback. Two years ago it was Gardner Minshew. Last year Gage Gubrud. In 2020 it is Jake Constantine, the former Weber State starter who will walk-on at Washington State. Theo Lawson has more about the transfer’s announcement in this story. Looking through Constantine’s history, two things stood out in his two-year FCS stint: His teams’ won and he was an accurate passer. Both would have held him in high esteem with Mike Leach. Only guessing here, but Nick Rolovich will appreciate the second thing if it leads to the first thing as well. … Theo also has a story updating what’s happening with CJ Elleby. By that, not much other than the Cougars’ leading scorer is expected to receive an invite to the NBA Combine. … Former WSU golfer Derek Bayley is set to make his PGA Tour debut this week at the Barracuda Championship in Reno. Jim Meehan has more in this story. … Around the Pac-12 and college sports, at least there is some time to deal with issues that crop up built into the conference’s new football schedule. … Oregon has the best defensive lineman in the conference. … Utah has a bunch of young linebackers. … An Arizona offensive lineman has been suspended for violating coronavirus protocols. … In basketball news, Arizona State may have the nation’s best player. 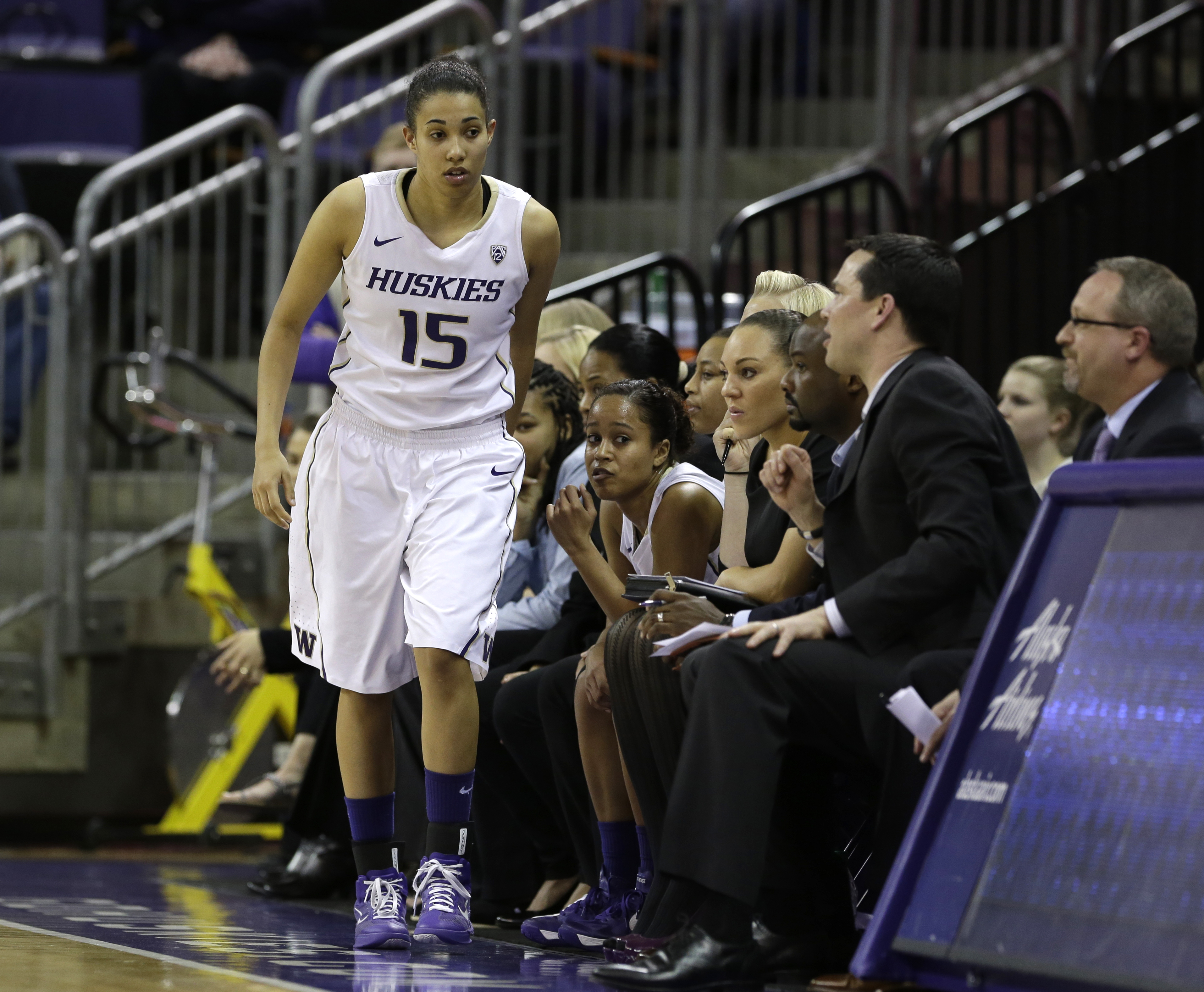 CCS: When the Sasquatch announced their new women’s basketball coach early in the pandemic, little did anyone know Bruce Johnson’s replacement, Ryan Bodecker, would find a new position in the summer. But he did. So CCS has turned to former Lewis and Clark High and UW player Jevena Thaxton to take over the program. Ryan Collingwood has more in this story.

Preps: Late last evening, the WIAA Executive Council announced some fine-tuning to its four-season sports plan for the 2020-21 school year. Dave Nichols read through the release and has this story. There are some turn-about-is-fair-play moments in the new guidelines. For years, boys’ basketball coaches have had to wait for football players to finish up playoffs before they turn out for hoops. This year, that’s been turned around.

Ironman: The 2020 version of the Coeur d’Alene Ironman 70.3 will not be held. The organizers announced the news yesterday, citing the coronavirus numbers and the bleak outlook for September. Dave Nichols has more in this piece.

Mariners: The Angels picked up another potent bat in the offseason and, in his first game of the year, Anthony Rendon paid off. The M’s lost 10-2 and drop to 1-4. … The Marlins’ failure put the season at risk. Can baseball be trusted to protect its players? … Jarred Kelenic is making the most of the year. Well, not exactly. The most would be helping the M’s win a few games. … The M's have a new catcher.

Sounders: Portland advanced in the MLS is Back tournament with a shootout win over FC Cincinnati.

• I tried to watch the M’s play last night. But a commercial came on the TV and I flipped over to the Dodgers/Astros game. Ooh, shiny. Much shinier than the M’s. So I pretty much stayed. There certainly is a divide in baseball between the haves and the have-nots. Until later …