SAN FRANCISCO – Corey Kispert made two clutch baskets down the stretch as second-ranked Gonzaga got hot in the second half and came back to defeat the San Francisco Dons 83-79 at War Memorial Gymnasium on Saturday.

With 1:33 left and the Bulldogs trailing by one, Kispert drove the lane and made a layup while being fouled to give GU 78-76 lead. A minute later, he hit a contested, baseline jumper to stretch GU’s lead to 80-76 and the Zags held on from there.

Filip Petrusev led Gonzaga (23-1, 9-0 WCC) with 23 points. Drew Timme, starting in the place of the injured Killian Tillie, scored a career-high 19 points. Joel Ayayi had 12 points and Kispert and Admon Gilder each had 11.

Jordan Ratinho had 14 points to lead USF, but he was held to just two points in the second half.

San Francisco (16-8, 5-4) came out of the blocks firing and Gonzaga found itself in an eight-point hole just 8 minutes into the game.

The Dons would carry that same lead into halftime thanks to some solid defense and success attacking the offensive glass. USF forced Gonzaga into eight first half turnovers and grabbed six offensive rebounds they turned into 10 second-chance points.

The momentum, however, only stayed with San Francisco for the first 20 minutes as Gonzaga tightened up its defense in the second half. In the first 8 minutes, USF scored just seven points and turned the ball over four times.

Gonzaga took its first lead since early in the first half on a 3 by Kispert from the top of the key with just under 12 minutes to play.

The game went back-and-forth from there before Kispert took over in the last 2 minutes.

Gonzaga shot 57.7% in the second half. They made 4-of-4 3-pointers after only attempting one, a miss, in the first half.

The Zags also got it done at the free-throw line. They made 25 of 32 in the game, including shooting 14 of 17 from the line in the second half.

The game had 46 total fouls. Both of USF’s starting forwards, Jimbo Lull and Josh Kunen fouled out. Four Zags finished with four fouls.

Plenty of time for Corey Kispert, who had been fairly quiet offensively, to deliver two of Gonzaga’s biggest baskets of the season as the Zags outlasted the Dons 83-79 on Saturday in front of a packed house of 3,006 – perhaps 40% sporting GU gear – at War Memorial Gym. | Read more »

You knew it would happen at some point. A poor shooting day. Foul trouble. A decently loud home crowd. | Read more »

Gonzaga-San Francisco: 3 keys to the Bulldogs’ victory over the Dons 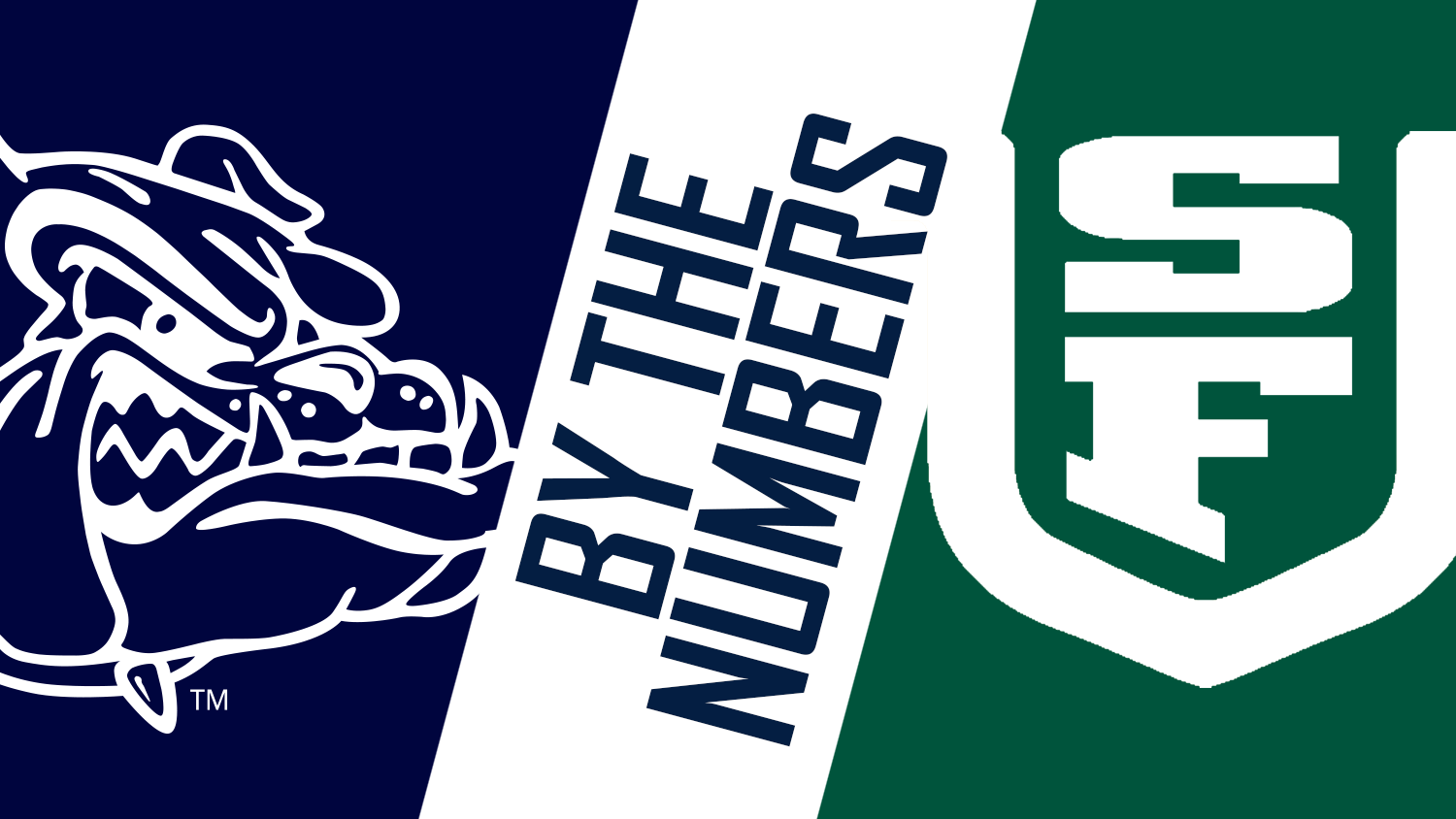 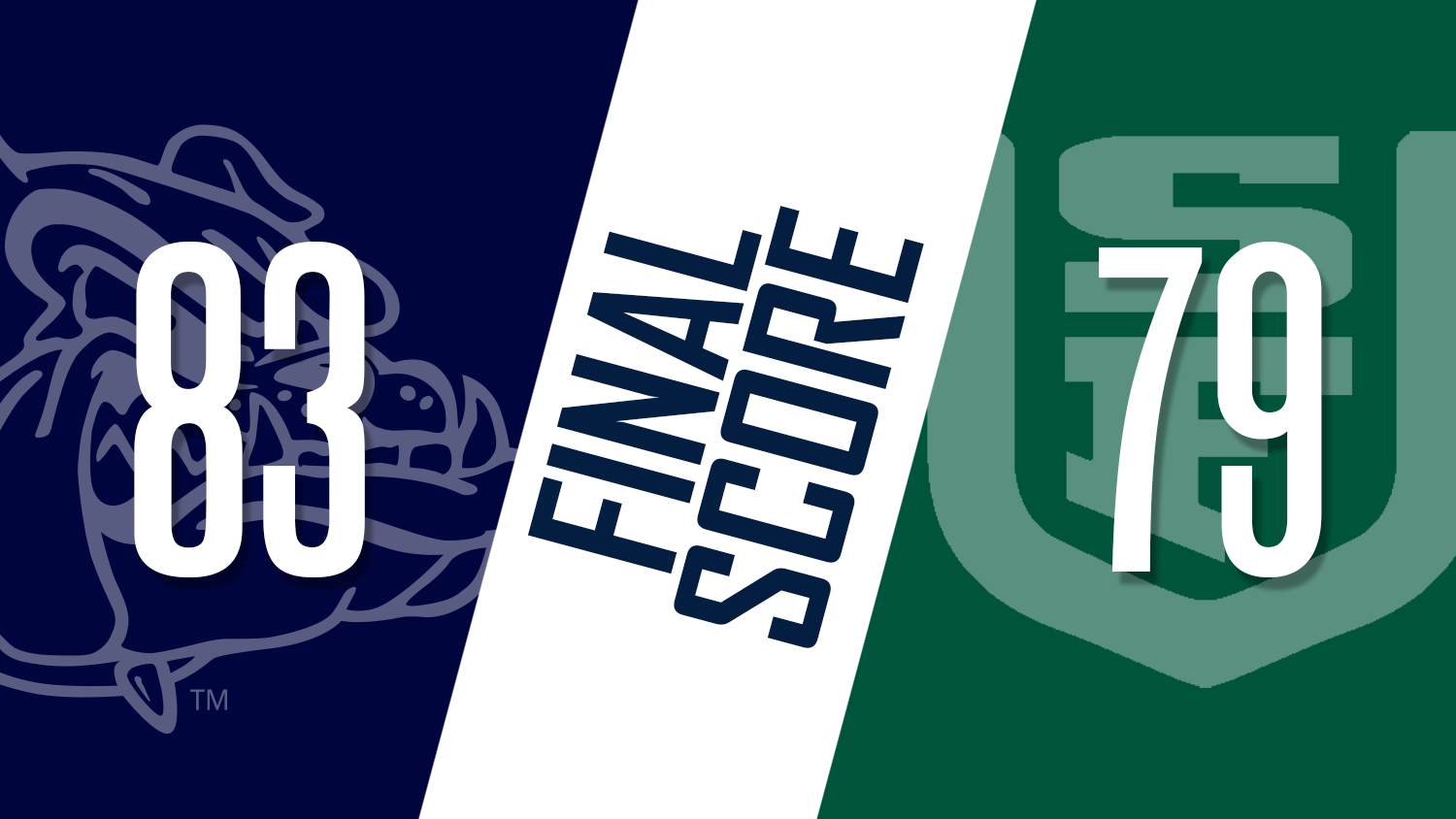 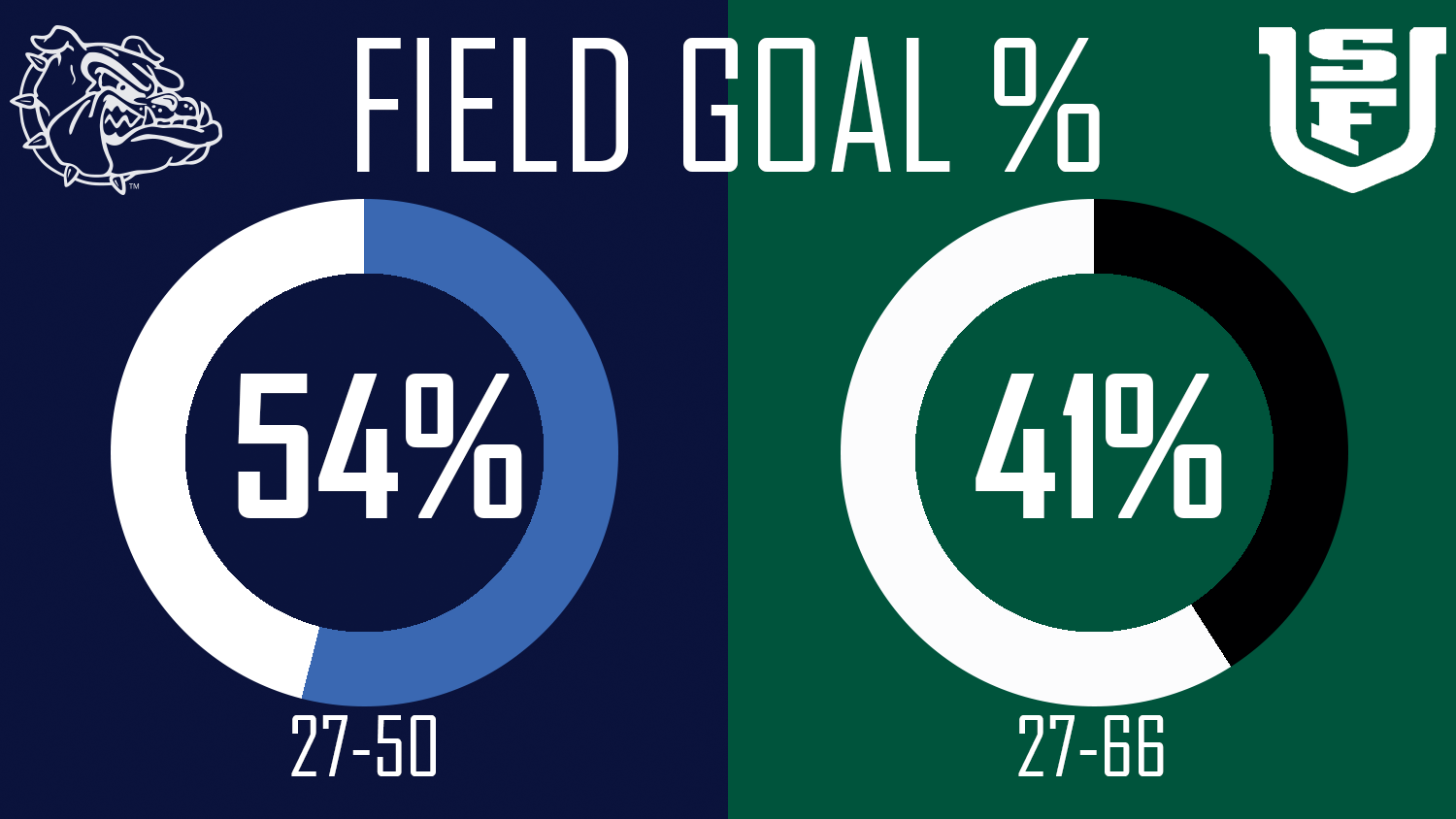 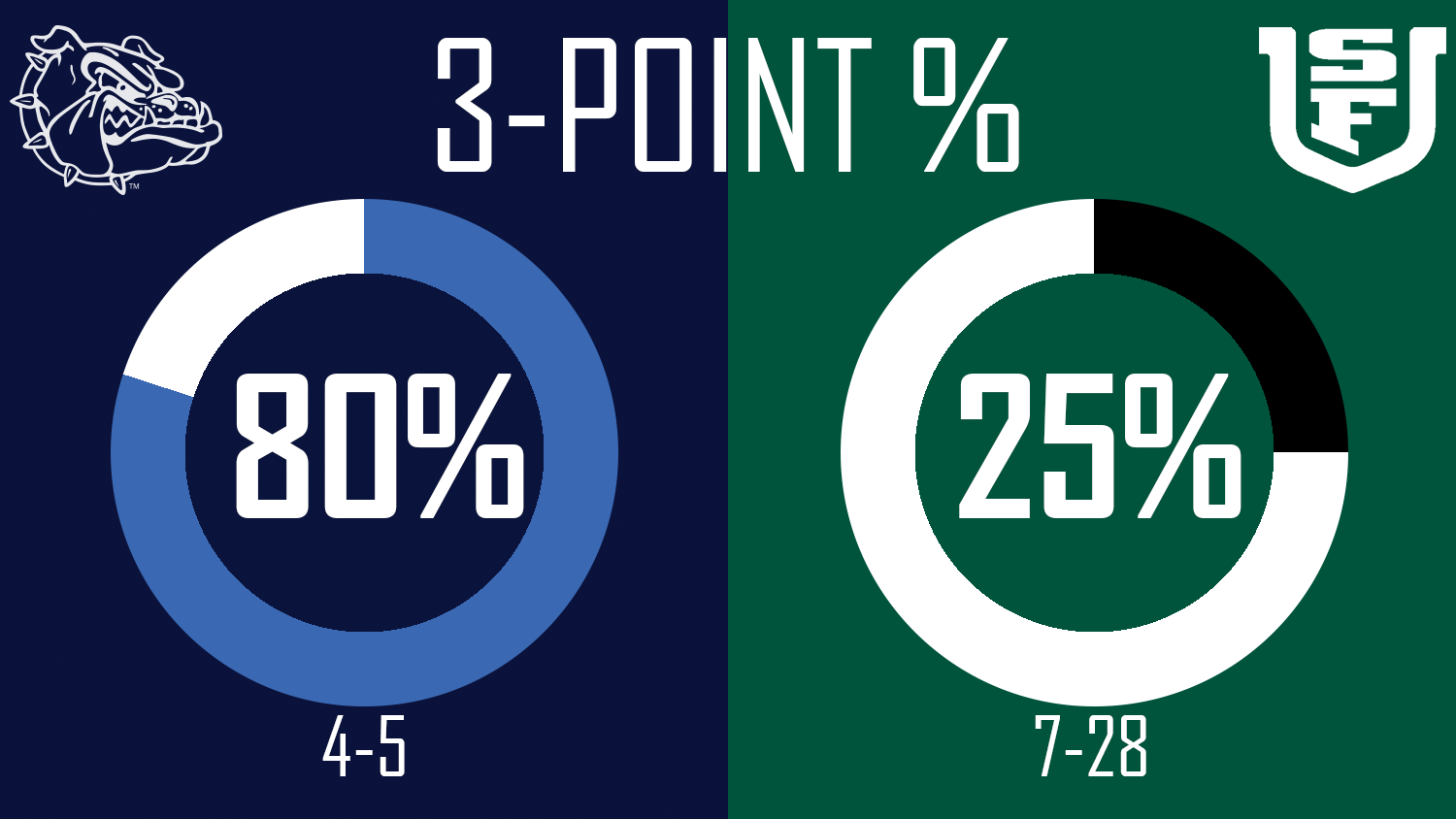 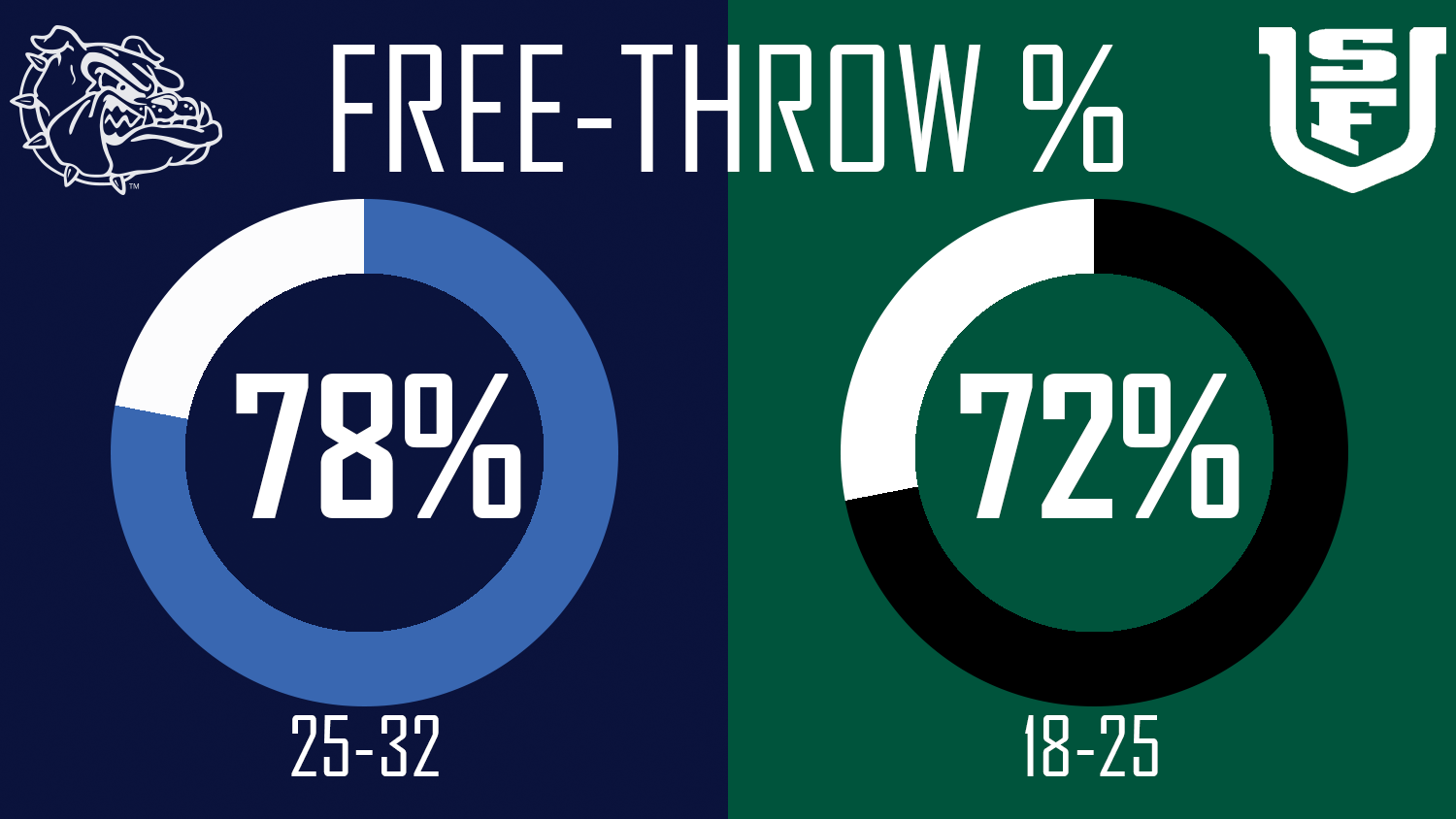 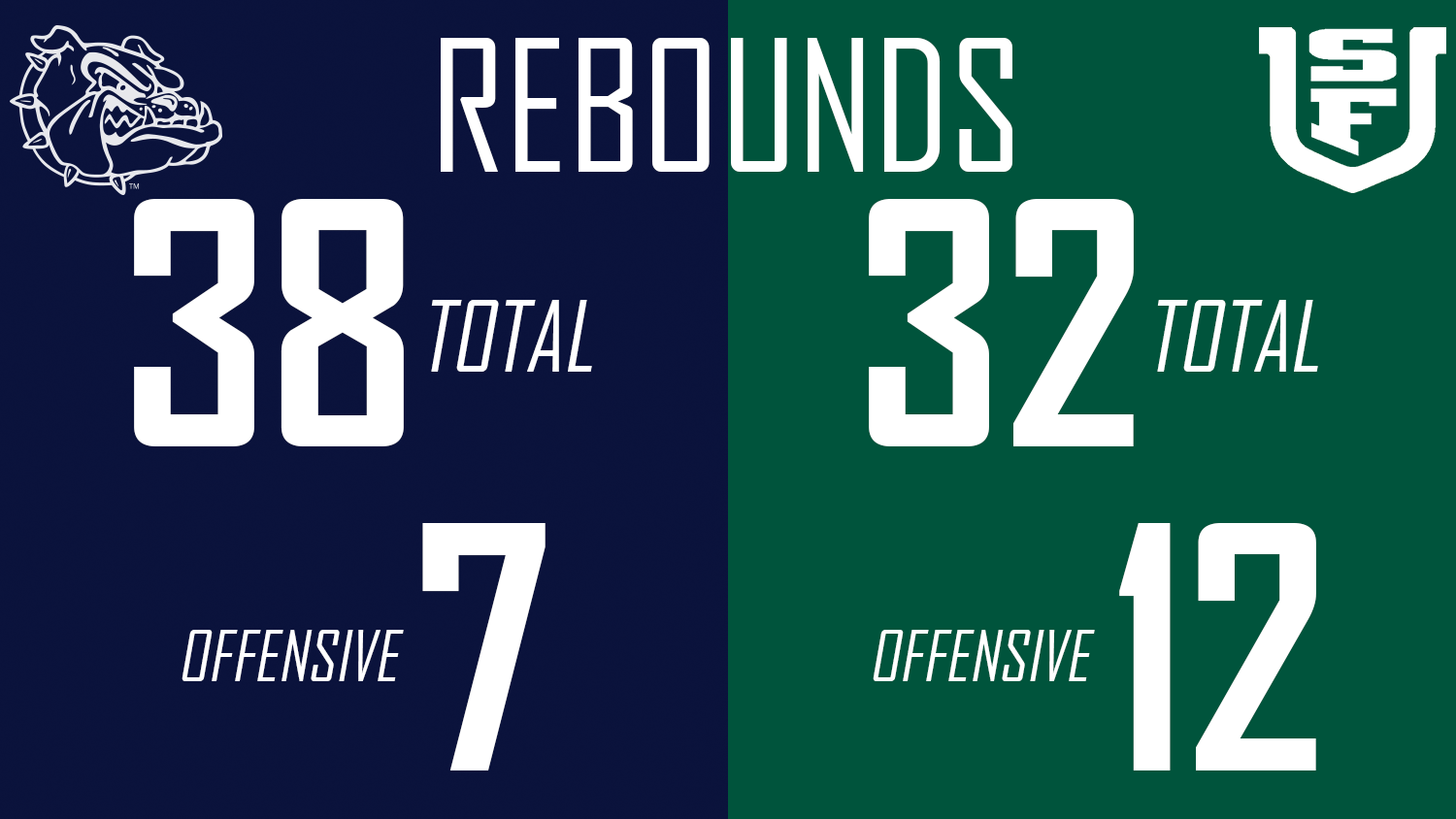 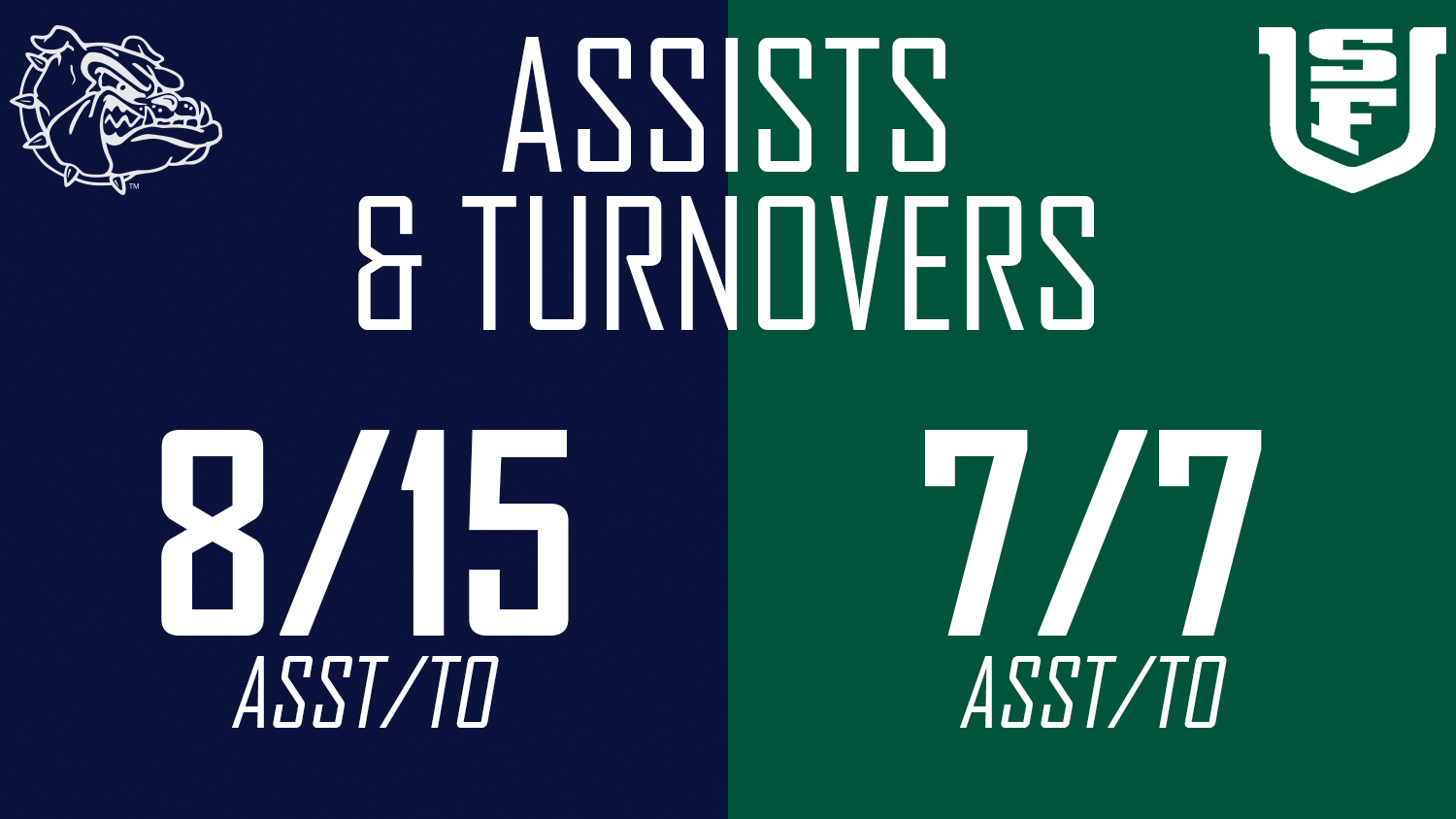 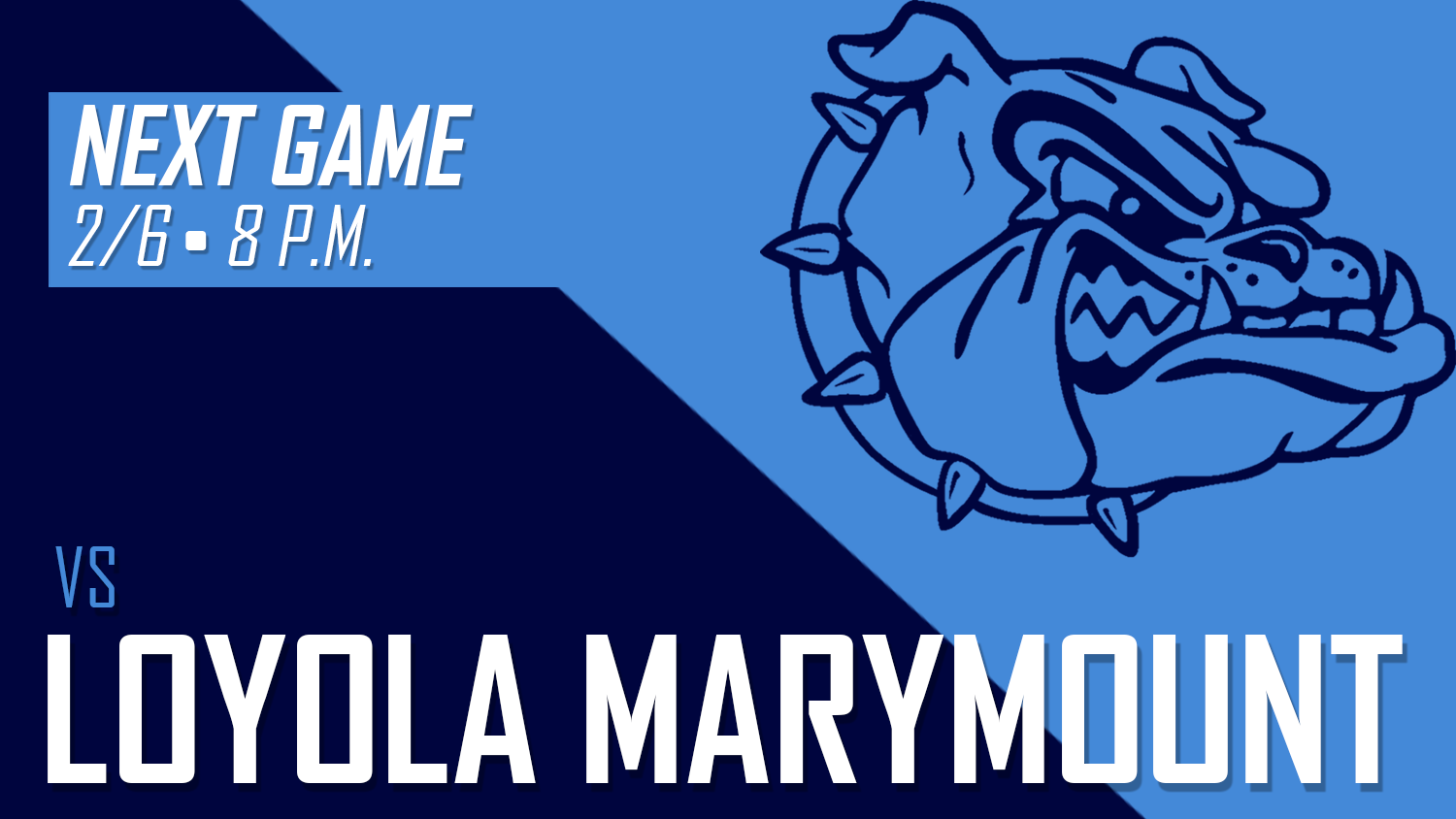 Charles Minlend has seven points on 75% shooting to lead the Dons.

The Zags opened the game strong by going right to Filip Petrusev on the block.

Petrusev, a sophomore forward who scored 31 points on Thursday at Santa Clara, beat his defender to score while drawing a foul. He has five points.

Gonzaga hasn’t scored in 2:39 and has turned the ball over three times.

11:54 – San Francisco 20, Gonzaga 12: Jordan Ratinho has eight points for USF and the Dons continue to stymie the Zags.

Ratinho is 2-of-3 from 3-pointer range as USF has connected on four 3s. Gonzaga has not attempted a shot from deep.

Due to the lack of ball control, Gonzaga has only attempted 15 shots, making eight. USF is 11-of-23 shooting.

San Francisco 43, Gonzaga 35: Jordan Ratinho has 12 points, Charles Minlend has 10 and USF has flustered Gonzaga as the Dons take an 8-point lead into the break.

Gonzaga has turned the ball over eight times, led by Ryan Woolridge and Corey Kispert, who each have three turnovers.

Filip Petrusev has 15 points to lead Gonzaga. Seven of Petrusev’s points have come at the free-throw line. Admon Gilder has seven points.

One positive for Gonzaga, USF is in a bit of foul trouble. Starting forwards Jimbo Lull and Josh Kunen each have three fouls.

11:43 – Gonzaga 51, San Francisco 50: The Zags take their first lead since early in the first half on a 3 by Corey Kispert from the top of the key.

Gonzaga has roared back in this one thanks to its defense.

In the first eight minutes of the second half, USF has scored just seven points and turned the ball over four times. The Dons are 0 of 3 on 3-pointers this half.

Gonzaga has seven fouls already in the second half. Point guard Ryan Woolridge has four fouls.

Gonzaga now has three scorers in double figures after Joel Ayayi hit a step-back 3 to start the run.

Filip Petrusev leads all scores with 21 points, Drew Timme has 18 and Ayayi has 12.

The whistles have been blowing a lot in this game with 41 total fouls being called.

Petrusev and Ryan Woolridge have four fouls for the Zags. USF’s Jimbo Lull has fouled out.