Filip Petrusev scored a career-high 25 points as No. 8 Gonzaga thumped Arkansas-Pine Bluff 110-60 on Saturday at the McCarthey Athletic Center.

Petrusev made 9 of 10 shots and was 7 of 9 from the free-throw line for the Bulldogs (2-0). Point guard Ryan Woolridge added 15 points and a team-high nine rebounds, while reserve guard Joel Ayayi grabbed 13 rebounds.

There are limited conclusions that can be drawn from a pair of blowout wins, both against overmatched opponents, but it’s safe to say Gonzaga point guard Ryan Woolridge and the collection of bigs are off to strong starts. | Read more »

Gonzaga-Arkansas-Pine Bluff: 3 keys to the Bulldogs’ victory over the Golden Lions

Joel Ayayi is feeling more at ease on the court and it’s reflected in his impressive stat lines through two games. | Read more » 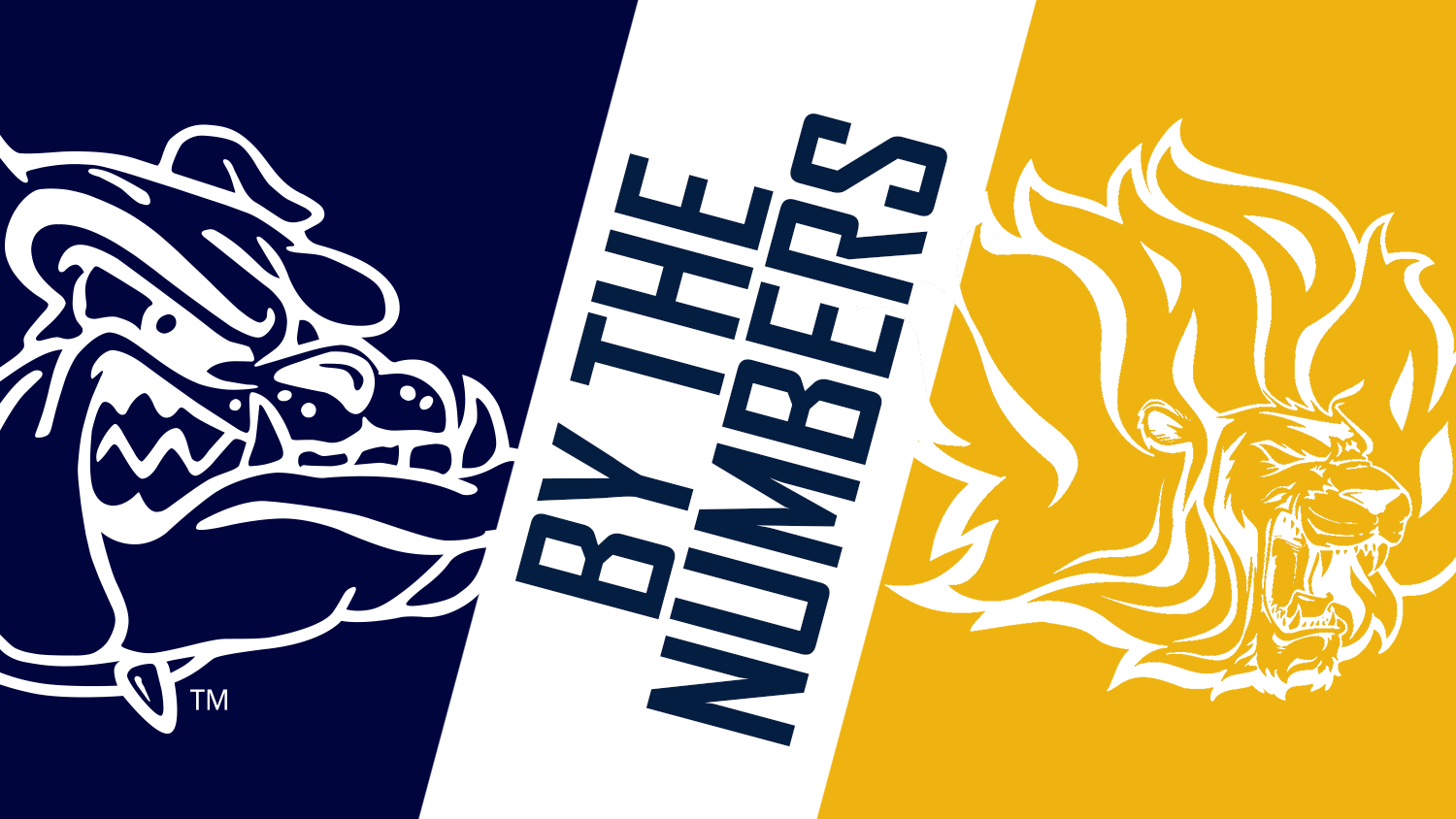 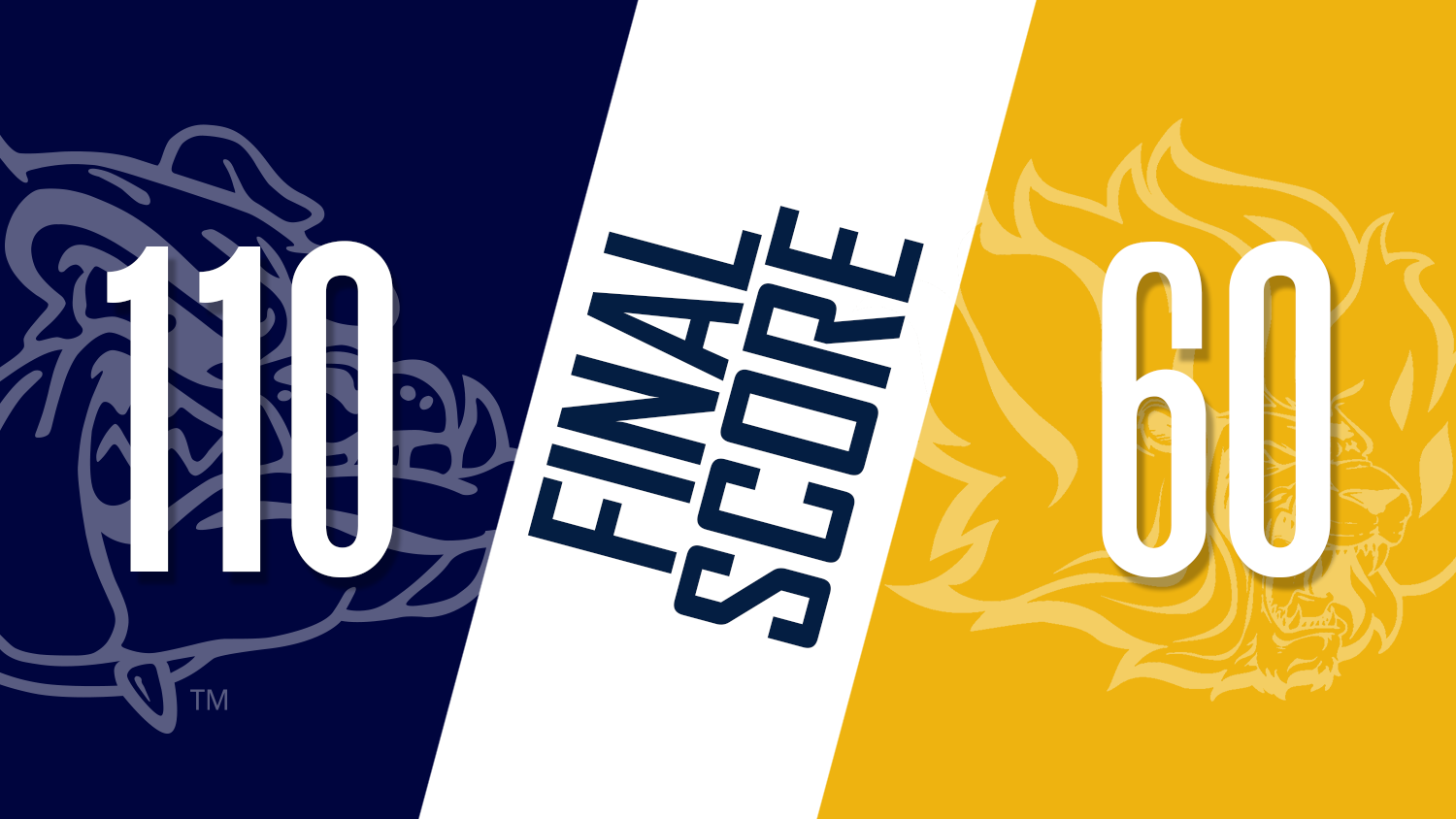 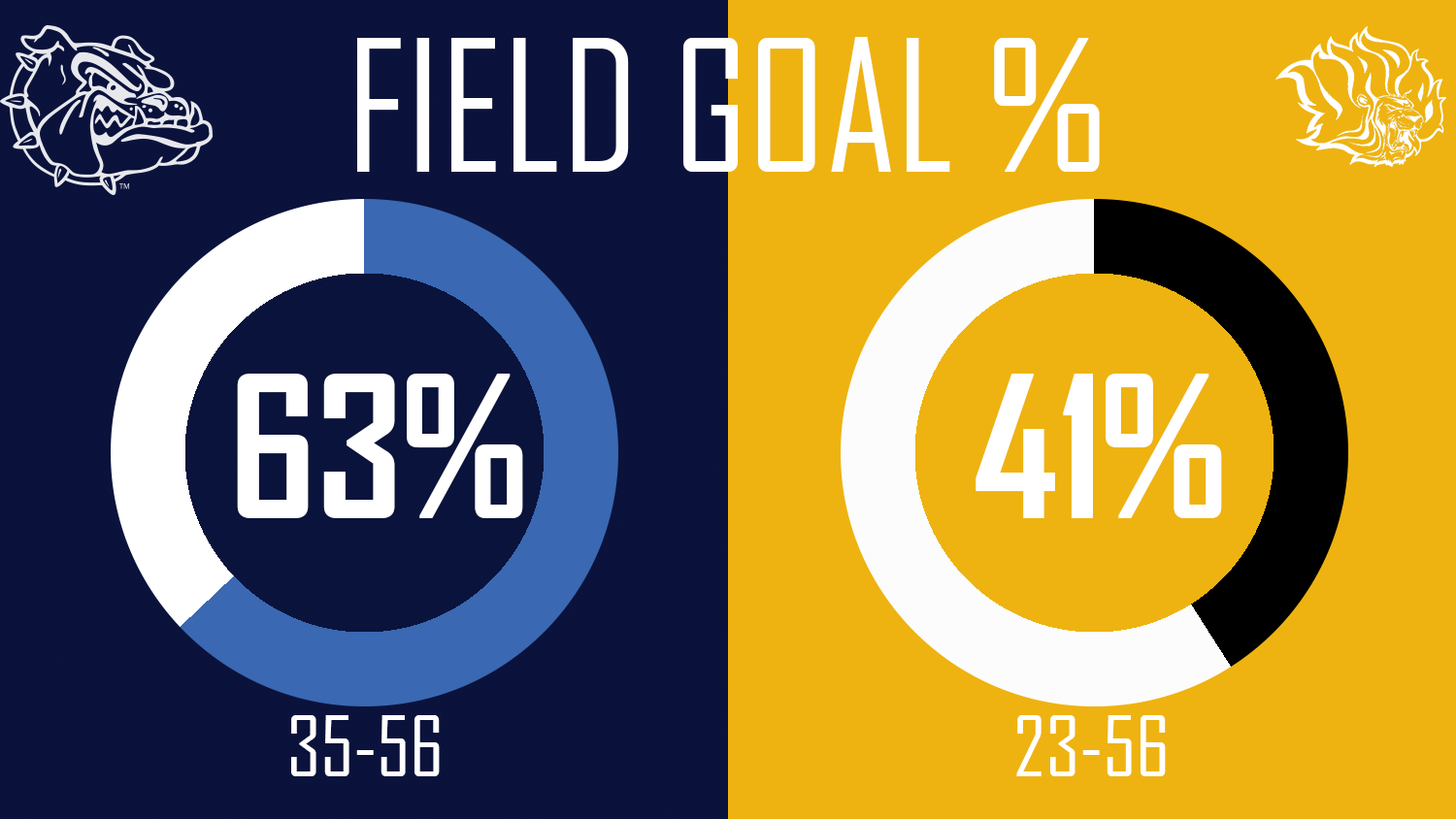 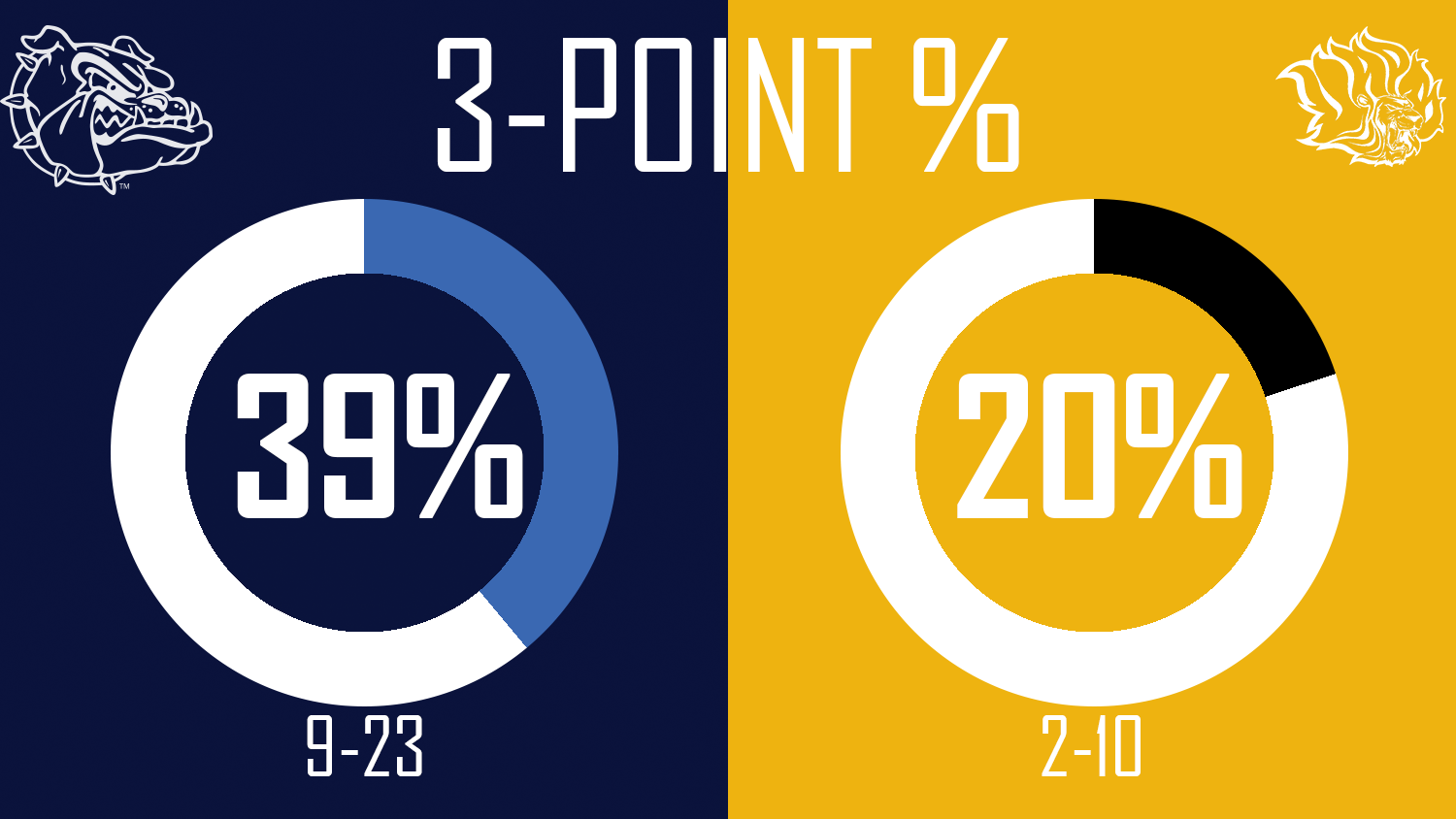 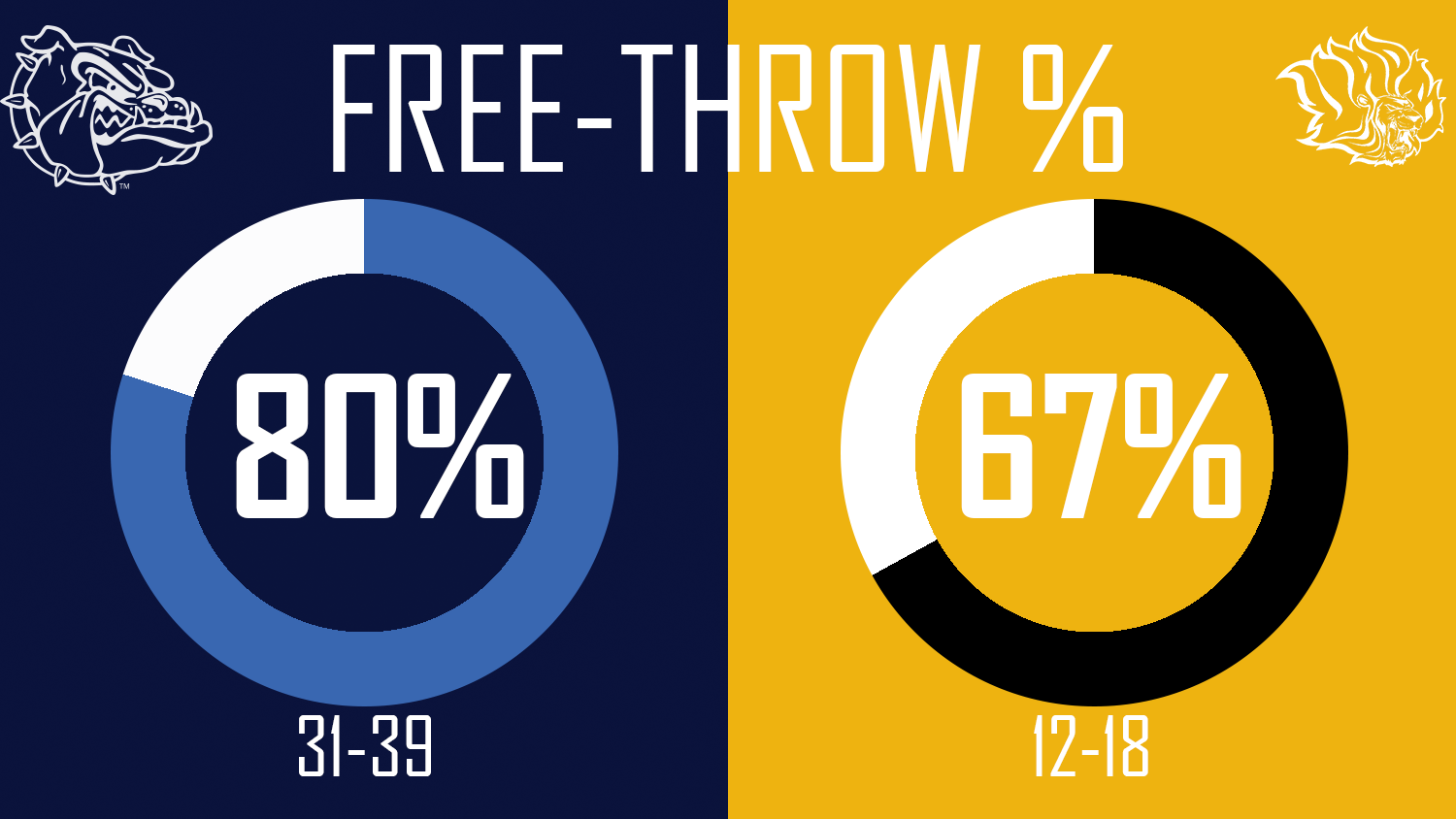 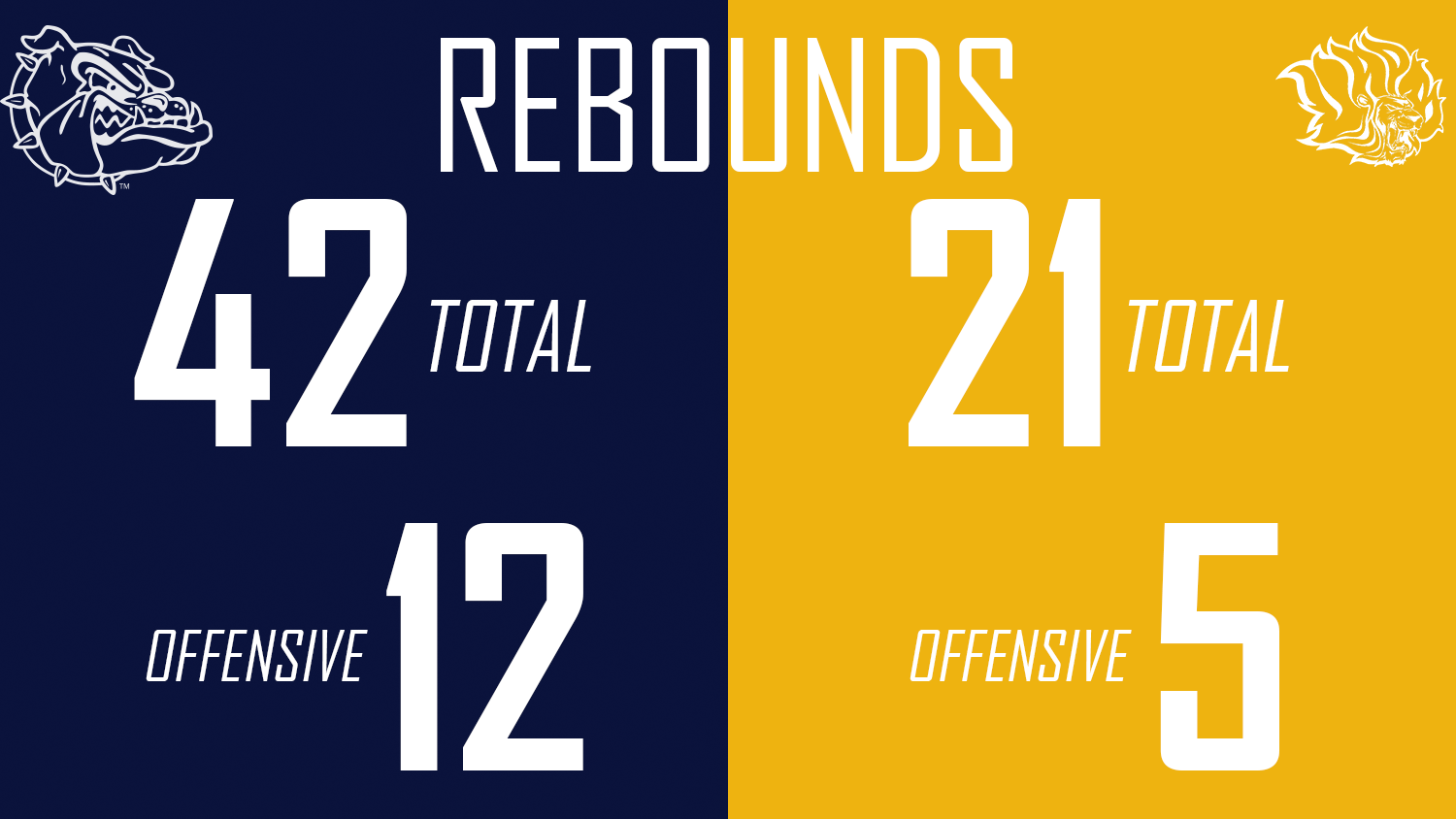 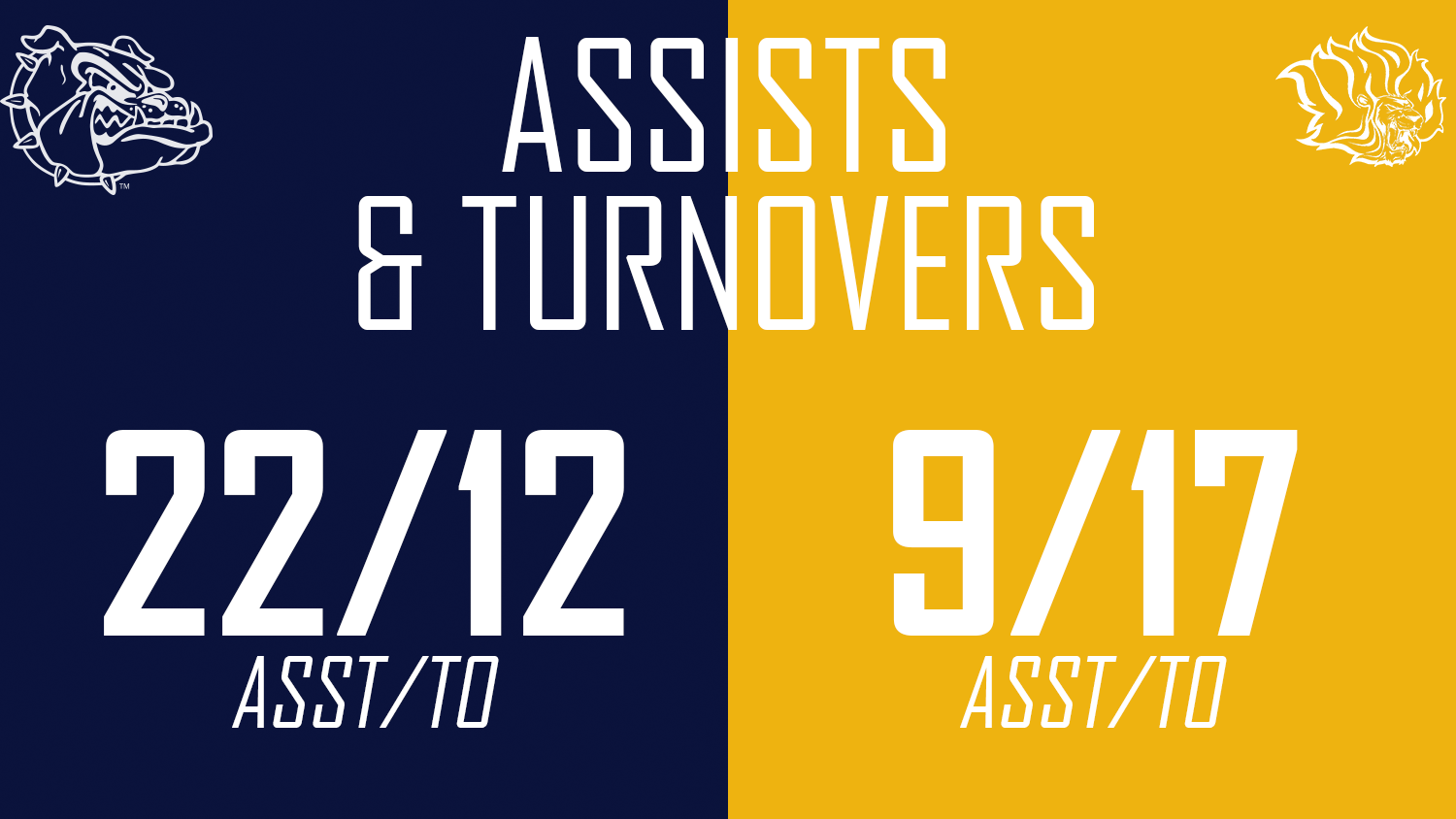 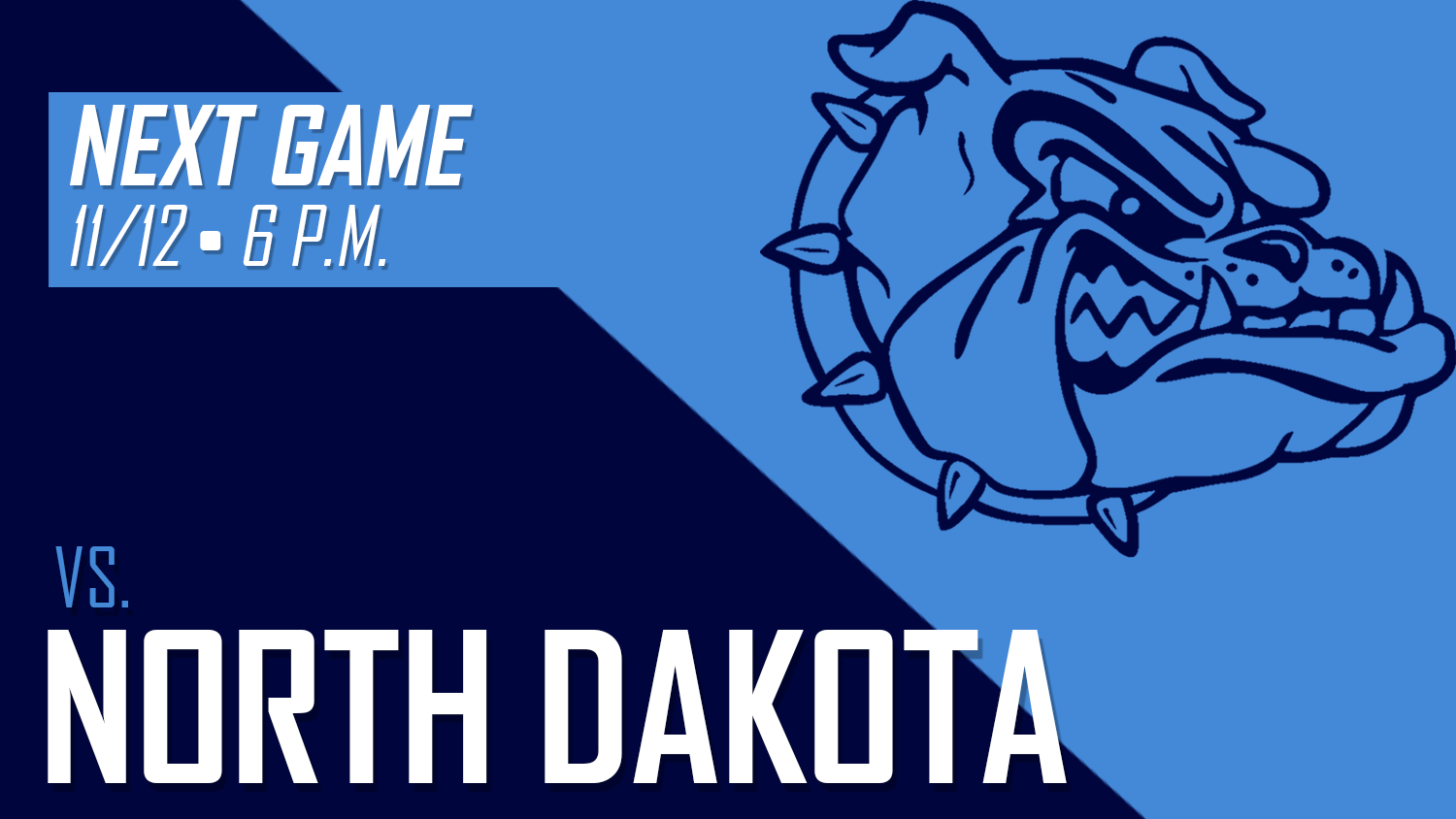 15:08 – Gonzaga 14, UAPB 12: Bulldogs go inside early and often against the Golden Lions. Freshman Anton Watson finishes a tough play at the basket while getting fouled.

Zags immediately go into a full-court press with Watson at the point and force a UAPB turnover.

Both teams being aggressive getting into the paint early on and drawing contact. Zags with four early fouls called against them.

Quick ball movement will be key for GU against this UAPB zone defense.

Pine Bluff shooting the ball well to start the game, including a Robert Boyd 3-pointer, but Corey Kispert answers right back with a triple of his own.

Watson has five points to lead the Zags. Admon Gilder is the lone GU player yet to score.

12:06 – Gonzaga 26, UAPB 16: GU guards heating up from deep as Joel Ayayi hits a 3-pointer on his first shot attempt of the game, followed by a pair of triples from Ryan Woolridge.

The grad transfer from North Texas up to eight points and two assists.

Freshman Drew Timme also makes an immediate impact with a strong finish inside while getting fouled for the three-point play.

Zags shooting 56.3% from the floor and are 4 of 10 from deep. GU also with six assists on nine makes.

7:21 – Gonzaga 37, UAPB 20: Bulldogs putting clamps on the UAPB offense. The Golden Lions now up to seven turnovers, while shooting 37.5% from the field.

Only knock against GU is the two early fouls on Admon Gilder and Corey Kispert, forcing coach Mark Few to dig into his limited guard depth.

Four quick points from Filip Petrusev gets the big man to eight for the game.

2:46 – Gonzaga 48, UAPB 29: Zags get into the bonus midway through the half and are making the Golden Lions pay at the charity stripe, making 13 of 17 from the free-throw line. Five of Filip Petrusev’s nine points have come from the line.

Point guard Ryan Woolridge has looked very steady with the ball in his hands this half. He’s up to 10 points and five assists with only one turnover.

Gonzaga Prep product Anton Watson having no problem adjusting to the next level. The lengthy forward gets his hands in the passing lane for a steal and finishes with a massive one-handed slam.

Transfer guard Admon Gilder the hits a deep 3-pointer on the next trip down the floor to force a UAPB timeout.

Ryan Woolridge leads GU in scoring with 12 points, while Filip Petrusev has added 11. Anton Watson gets to double figures (10 points) with a dunk right before the buzzer.

Expect to see some fresh faces for much of the second half as the Zags will likely keep minutes limited for the starters.

15:07 – Gonzaga 68, UAPB 36: Quick break in the locker room doesn’t slow Filip Petrusev. The sophomore forward with eight quick points to start the half and get to a career-high 19 for the game. He’s also grabbed five rebounds.

Ryan Woolridge has also continued to be GU’s key distributor with eight assists.

Anton Watson inching closer to a double-double for GU. He’s at 10 points and a team-best six boards.

12:22 – Gonzaga 77, UAPB 39: Bulldogs offense clicking right now. Admon Gilder take a nice feed from Corey Kispert and hits his second 3-pointer of the game to get to 10 points.

Heaviest workloads so far have gone to Ryan Woolridge (26 minutes) and Anton Watson (25).

Zags have also done a great job all game attacking the basket and getting to the free-throw line. GU shooting 79.3% from the charity stripe (23 of 29).

Pine Bluff has been overmatched since shortly after the opening tip, but one issue isn’t fresh legs. The Golden Lions have used 13 players to Gonzaga’s eight.

7:42 – Gonzaga 91, UAPB 45: We’ve reached the bench-clearing portion of the evening for the Bulldogs as Joel Ayayi, Martynas Arlauskas, Drew Timme, Pavel Zakharov and Admon Gilder maker up the five on the court.

A trio of Zags likely to finish just short of double-doubles. Filip Petrusev sitting on 25 points and six rebounds, Ryan Woolridge with 14 points and nine assists and Anton Watson has 12 points and eight rebounds.

UAPB finding a little more room on offense with the GU subs in as Mark Few calls a timeout following two Pine Bluff buckets and a Zakharov turnover.

3:35 – Gonzaga 101, UAPB 49: Joel Ayayi making the case for more minutes. The redshirt sophomore drills his second 3-pointer of the night to get to six points. He also has a team-best 11 rebounds.

Admon Gilder the last Gonzaga starter to head to the bench as Matthew Lang sees some court time.

Fantastic read by freshman guard Martynas Arlauskas, who jumps the passing lane and gets the steal and slam to bring the Zags bench to their feet.

A Drew Timme free throw gets the Zags to the century mark after coming up five points short in their opener against Alabama State on Tuesday.

Zags get another mid-major in the Kennel on Tuesday when North Dakota comes to town.

Lots of reasons for GU to be happy with tonight’s performance, led by Filip Petrusev’s big night.