A GRIP ON SPORTS • So much happened yesterday, time constraints make it impossible to get to it all. Not for me, but for you. Who has an entire day to delve into the Mariners' debacle in San Diego, the Seahawks picking up a backup quarterback and extending a receiver, or the retirement of America’s all-time best soccer player. That doesn’t even take into account the S-R’s football sections today. Read on.

• Wednesdays are usually pretty quiet even during football season. Not yesterday. Not when the Hawks decide to open the vault for Tyler Lockett, paying their supposedly second-best receiver as if he’s their best. (Maybe, just maybe, he is.) And then deciding less than two weeks before the season begins their backup quarterbacks aren’t good enough, so they sent a draft pick to Green Bay for Brett Hundley, who seems to fit their scheme pretty well.

That would have been enough to give Wednesday a packed feel, but then the Mariners went out and got blasted by San Diego – that’s the Erasmo Ramirez we are used to – again and basically made a sweep this weekend in Oakland a necessity.

It seems like only yesterday when the M’s were “locks” to break their postseason drought. Good times.

But wait. That didn’t finish the day. Clint Dempsey, the Sounders’ go-to guy for the past few years, the guy that put Seattle over the top in the MLS, and this year the highest-paid reserve in the league, decided watching matches wasn’t for him. He retired. Called it quits. Walked away.

In the middle – OK, near the end – of the season right after the transfer window closed. Oh sure, the Sounders can sign a free agent in the next couple weeks, but who will be out there who can help them? That’s right, no one.

All in all, it was a busy Wednesday on the Seattle pro sports scene, one of the busiest in memory. The busiest, probably.

• Speaking of busy, the overworked lads in the S-R sports department have been busy the past few weeks putting together a football preview section. The theme, as sports editor Ralph Walter explains, is cinema-based – though cinnamon-based would have been tastier. There is even John Blanchette’s take on the best football movies of all time – and an all-pro team. 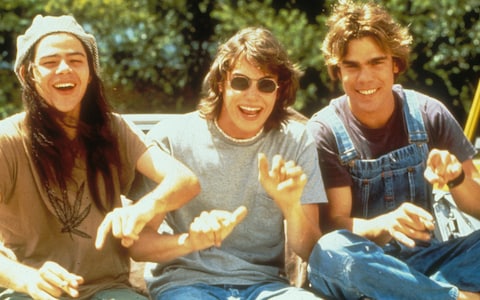 My favorite football movie? “Dazed and Confused.” It was as close to my high school football experience as one could get without actually being at St. Francis High in the early 1970s. Heck, there are even puka shell necklaces. (Hey, I know it's not really a football movie, but it's my list. Make your own.)

We are going to link a few stories from the section below, but you can find everything prep-related here and everything else here. It’s nice to have a couple of spots where every story is kept, just to make life easier for me. And you.

After all, your time is valuable.

Mine? Eh, nothing happens on Thursdays.

WSU: Before we get to Theo Lawson’s stories previewing the Wyoming game, we want to link his two pieces in the football section. One is on linebacker and leader Peyton Pelluer, back for his sixth year. The other is a season preview. … Now back to Wyoming. If the Cougars are going to beat the Cowboys, it may just be because of their love of beets. OK, they tolerated the beets. Theo tells you why. … Larry Weir makes another Wyoming connection in his latest Press Box pod. … Theo has post-practice video from Mike Leach and assistant Dave Nichol. … He also held a chat yesterday and posted the transcript. … Wait, there is more. Theo picked the Pac-12 games. I’m a little upset he didn’t mention his record from last season somewhere. 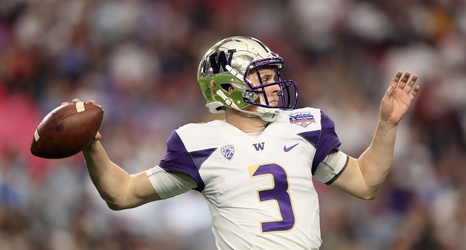 Elsewhere in the Pac-12, the question is in Seattle, has Washington taken over the top spot in the city’s sports rankings? Could be. But the Huskies may need to win against Auburn to keep it – and to contend nationally. … Oregon is about ready to face Bowling Green. … Oregon State seems to be a popular place with transfers. … We can pass along a California preview. … And one on Stanford, which hopes to unseat the Huskies. … Colorado is expecting more from its receivers. … Utah opens the season tonight for conference teams by hosting one of the Big Sky favorites, Weber State. … Porter Gustin has already returned from injury for USC. … The Chip Kelly era starts Saturday at UCLA. … Arizona State has a selfless back-up quarterback. … We thought we better mention former Arizona quarterback Brandon Dawkins is stepping away from football to deal with his mental health. We linked a story about Dawkins transferring recently. … Can the conference find redemption? … Hey, we have basketball news.

Gonzaga: The Zags are counting on North Dakota transfer Geno Crandall to add depth to the guard spot. That’s all well and good, but Crandall isn’t on campus yet and school has started. Jim Meehan doesn’t have all the answers, but he does have all the facts that he could find in this story. … GU finished up its nonconference schedule. Jim also has a story on that.

EWU: Can the Eagles returning to the FCS championship game? That’s the goal. Ryan Collingwood has a season preview and a story on Jay-Tee Tiuli, who is returning from injury.

Idaho: The Vandals return to the Big Sky this season and don’t expect anyone to welcome them with open arms. Peter Harriman has a season preview and a story on linebacker Kaden Elliss.

Whitworth: In keeping with the movie theme, the Pirates are the Little Giants of the Northwest Conference. Jim Allen has a season preview.

Indians: Spokane really couldn’t afford a loss last night, not with Vancouver winning. But the Indians did lose, 5-3 at Tri-City, and fell two games back of the Canadians. … Elsewhere in the Northwest League, Eugene moved ahead in the South race with a 6-5 win over Salem-Keizer.

Preps: We offered the link above to all the prep stories contained in the football section, and we offer it again here just in case. You want a look at a local league? You can find it there. … Dave Nichols has a positive view of football and expresses it in this column. At some point I may offer a counterpoint, but not this morning. … Dave and SWX’s Sam Adams have made their picks for six games. They call it Pick Six. Makes sense.

Mariners: Yes, the M’s lost. And that cost them a shot at making up some space on Oakland. They have a big weekend series on tap. James Paxton will be back.

Seahawks: The Hawks host Oakland tonight in their final preseason game. It is a crucial one for a bunch of players on the cut line. The roster has to be finalized by Saturday.

Sounders: Dempsey hasn’t played much recently, robbed of his speed and stamina by age and injuries. Whether he retired because he’s angry about that, no one knows – at least not publically. But he’s gone.

• There is a choice to be made this evening. Watch the M’s try to keep their fading postseason hopes alive in Oakland – they are 5.5 games behind the A’s – or watch the Hawks’ final preseason game. Which choice are you making at 7? I think I’ll just punt and rent Deadpool 2. Seems appropriate. Until later …